United We Fall: Everything We Know 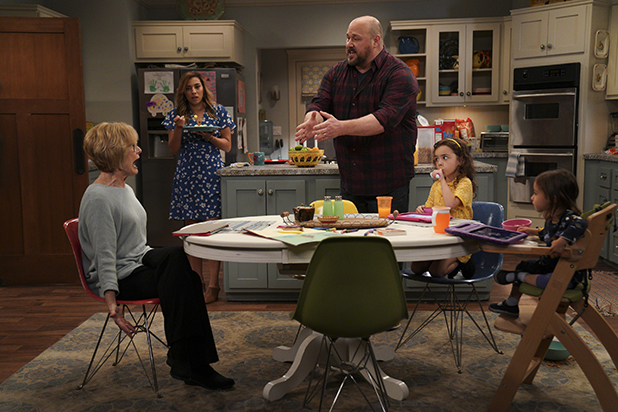 ‘United We Fall’ embraces a familiar trope when it comes to television sitcoms. It follows a couple, raising their kids while having to deal with their live-in in-laws. However, the family comedy stands out from the rest due to its understated pleasantness and charming cast. The show, which was announced in May 2019 was planned for release in Fall 2020. But fortunately, the premiere has been moved to an earlier date. Excited yet? Read on to know more about this hilarious ABC series.

United We Fall Season 1 Release Date: When Will it Premiere?

‘United We Fall’ season 1 premieres on July 15, 2020, on ABC at 8 pm ET/ 7 pm CT with back-to-back half-hour episodes. Episodes, following their tv premiere, can also be viewed the next day on-demand and on Hulu.

United We Fall Cast: Who is in it?

Will Sasso stars as the family patriarch Bill. He is noted for his work in ‘Loudermilk’ and ‘The Three Stooges’. Additionally, he has also starred in ‘Irresistible’, ‘Boss Level’, and ‘Inside Game’, among others. Joining Sasso as Bill’s wife Jo is Christina Vidal Mitchell — recognized for her roles in ‘Taina’, ‘Freaky Friday’, ‘See No Evil’, ‘Curse of the Fuentes Women’, ‘Code Black’, ‘Limitless’, and ‘Blue Bloods’. Jane Curtin stars as Sandy, Bill’s mother, while Guillermo Diaz essays the role of Chuy. Ella Grace Helton enacts the character of Bill and Jo’s cute daughter, Emily. Rounding up the lead cast is Jason Michael Snow as Gary and Ireland and Sedona Carjaval as Lulu (Jo and Bill’s toddler son).

United We Fall Plot: What is it About?

As outlined by ABC, ‘United We Fall’ is a family sitcom that “follows the trials and tribulations of Jo and Bill, parents of two young kids, as they try to make it day-to-day as a functioning family.” Yes, parenting is tough and it gets intolerable when you have an overzealous extended family, thrown into the mix. Obviously, there is no doubt that chaos will follow!

Jo and Bill are the overwhelmed parents of two young kids, Lulu and Emily. They try their best to diligently carry out their co-parenting duties. But things become complicated when Bill’s very judgmental live-in mother, Sandy, has to interfere everywhere. On the other hand, Jo has her large Latinx Catholic family, who never shies away from pointing out that the couple is seemingly screwing up. However, Bill and Jo, in spite of all these issues, always have each other’s backs — while maintaining a united front against anyone — be it other parents, teachers, doctors, specialists, coaches, co-workers, and particularly their kids.