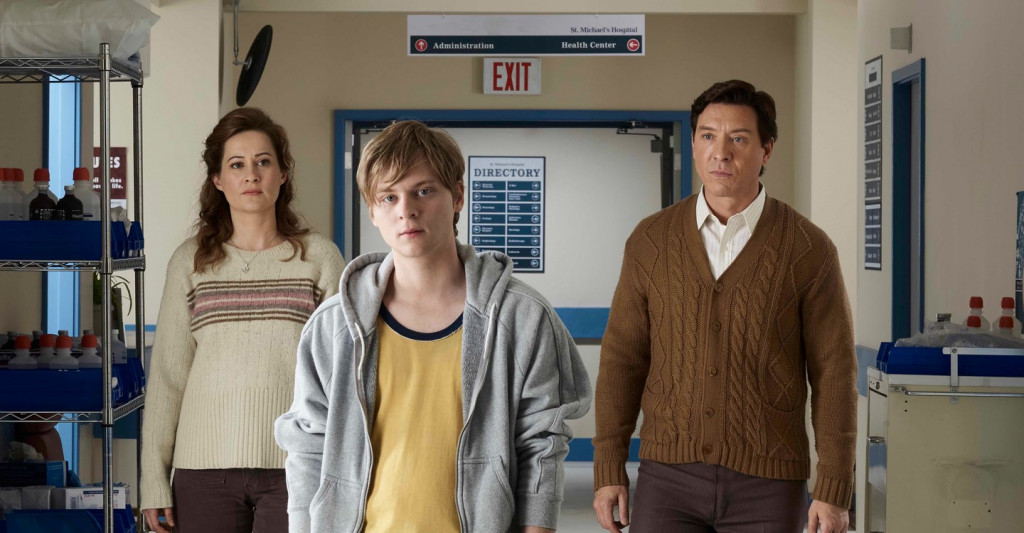 ‘Unspeakable’ is a Canadian television drama miniseries that airs on CBC and SundanceTV. The show first premiered on January 9, 2019. It has been conceived and conceptualized by Robert C. Cooper. The show has been produced by Mezo Entertainment. The Meridian Artist’s Glenn Cockburn and Carl Binder are the executive producers of the show, with John G. Lenic serving as the producer and Adriana Capozzi and Neil Champagne serving as the co-producers. AMC Studios are in-charge of managing the worldwide distribution outside of Canada.

The series is based on two books, ‘Bad Blood’, written by Vic Parsons and ‘The Gift of Death’ written by Andre Picard. The novels and the series chronicle the HIV and Hepatitis C viruses that emerged in Canada’s Red Cross’ blood banks in the early 1980s and caused thousands of unnecessary deaths due to the transfer of tainted blood. This was considered the largest blood scandal in the medical history of Canada and resulted in federal inquiry and billions of dollar compensation to the victims. There were also many speculations about the disaster being a scandal rather than a mistake. All of these allegations and perspectives have been highlighted in the show. The showrunner of the series, Cooper himself was a victim having contracted Hepatitis C due to the transfer of tainted blood, and this show is a passionate production for him.

Unspeakable Cast: Who is in it?

The main cast of ‘Unspeakable’ includes Sarah Wayne Callies who is known for bringing unique, complex female characters to life. She plays the role of Margaret Sanders in the series. ‘The Long Road Home’ star said that she was excited to be on the show that follows the real-life experiences of the victims. The show also features the Gemini award winner for outstanding male performance in miniseries, Shawn Doyle as Ben Landry. Born and bought up in Canada, he has a fair share of knowledge in the context of the show. The Leo Award winner for Best lead performance by a male in Dramatic series 2013, Michael Shanks is also a part of this incredibly talented crew in the role of Will Sanders.

Unspeakable Plot: What is it about?

The plot of ‘Unspeakable’ follows the real-life incidents following the tainted blood scandal in Canada in the early 1980s. It is centered around two protagonists as they figure out the biggest medical disaster in Canadian History. The tainted blood disaster refers to the spread of HIV and Hepatitis C due to the transfer of infected blood. The show features how the tragedy came to be known as a scandal and how the lawsuit that followed resulted in billions of dollars being given as compensation for the victims.

The series makes the AIDS epidemic and the breakout of Hepatitis seem much more personal and closer to home than a larger problem people might feel removed from. In order to do this, they tell the story from the perspective of two families who are caught up in the tragedy. We are hit by the impact of the decades-long saga that the show follows, about people who try to survive, battle the system, and fight for compensation.

What sets the show apart is the amount of passion that went into the making of it and the telling of the story. Cooper himself, had hepatitis C and was born when AIDS was emerging as well. However, the vigilance of his parents kept him safe, and once he was cured of hepatitis, he began seeing himself as more of a storyteller rather than a victim. ‘Unspeakable’ is the story that Cooper has to tell. At the core of the show is the premise about families that are being torn apart by the tragedy of the disease, but each member tries their best to hold on and make things work. The adversity and the social commentary are great as well, but it is the focus on the structure and pressures of a family that makes the tone of the show so personal and makes audiences relate more to it.

Hopefully, in the upcoming season, the show will continue in a similar fashion as we get to see how the families continue their struggle while putting on a bold face and taking each day as it comes, despite the fact that life has handed them a very raw deal. With its nuanced take on how homosexual people were affected by it, and how society castigated these people, ‘Unspeakable’ is likely to continue to bring a very intense story to the table that definitely needs to be told.

Unspeakable Season 2 Release Date: When will it premiere?

‘Unspeakable’ Season 1 premiered on January 9, 2019. Since it has only been months after the freshman season premiered, there have been no talks about Season 2 yet. However, the show has a strong fan following and considering the social relevance of the issue, there is a good chance that we will see the series move on to its sophomore season. Our best guess is that ‘Unspeakable’ Season 2 will release sometime in January 2020.