All Upcoming Will Smith Movies and TV Shows 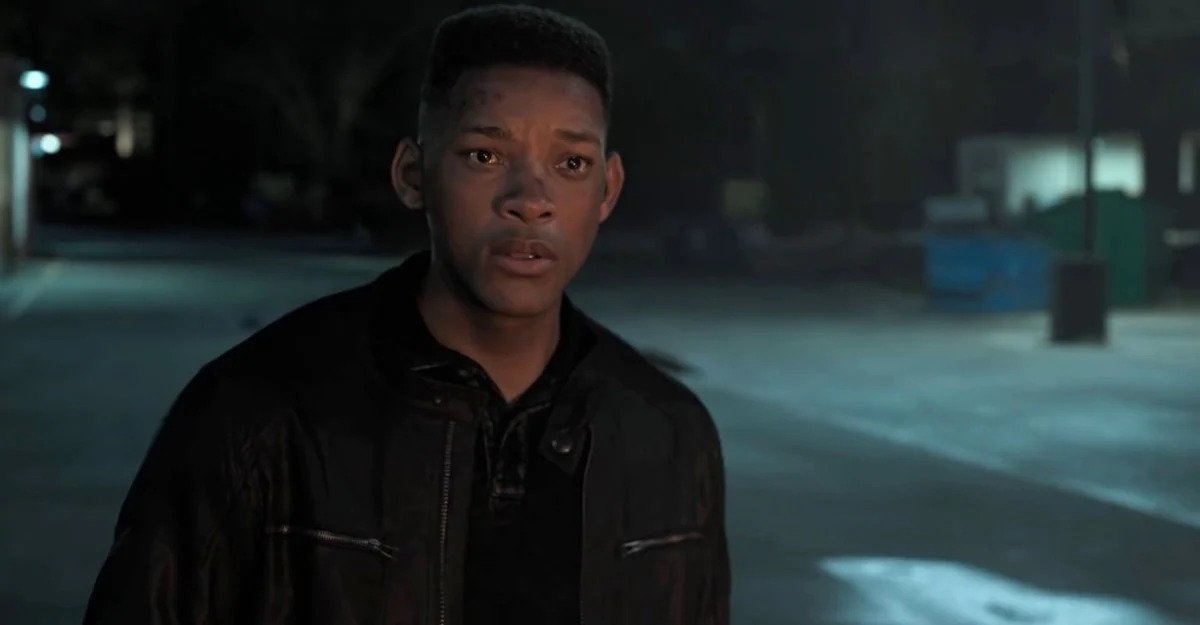 Will Smith’s tryst with entertainment and showbiz started at the age of 16. The Philadelphia born actor launched a hit rap career along with Jeff Townes. The duo was known as DJ Jazzy Jeff & The Fresh Prince. Smith got his first big breakthrough in television in the ’90s with the sitcom, ‘The Fresh Prince of Bel-Air.’ He then starred in the 1995 flick ‘Bad Boys‘. Soon, blockbusters like ‘Independence Day’ (1996), ‘Men in Black‘ franchise and ‘Hitch’ (2005) rocketed Smith’s popularity and fan base. He has earned Academy Award nominations for ‘Ali’ (2001) and ‘The Pursuit of Happyness‘ (2006). His other major movies include ‘Concussion’ (2015) and ‘Suicide Squad‘ (2016).

Academy Award-nominated Smith still continues to entertain us and we keep loving his range of awesome characters. So now you might be wondering what is the next Will Smith movie or TV show? Well, here’s the list of upcoming Will Smith films and TV shows scheduled to release in the near future. We can only hope that the new Will Smith movies would be as good as some of his recent ones. 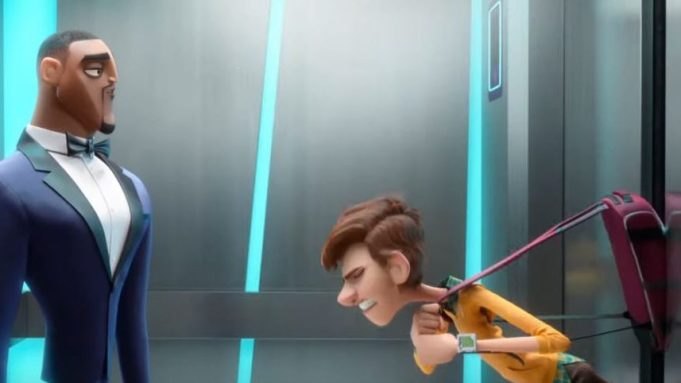 Sterling has to save the world at any cost, even if he has to disguise as a pigeon and team up with his nerdy gadget expert Beckett. Karen Gillan voices the mysterious woman Eyes who serves a crucial role in bringing Sterling back to his human form. The movie is directed by Nick Bruno and Troy Quane from a screenplay by Brad Copeland. ‘Spies in Disguise’ hits theaters on December 25, 2019. 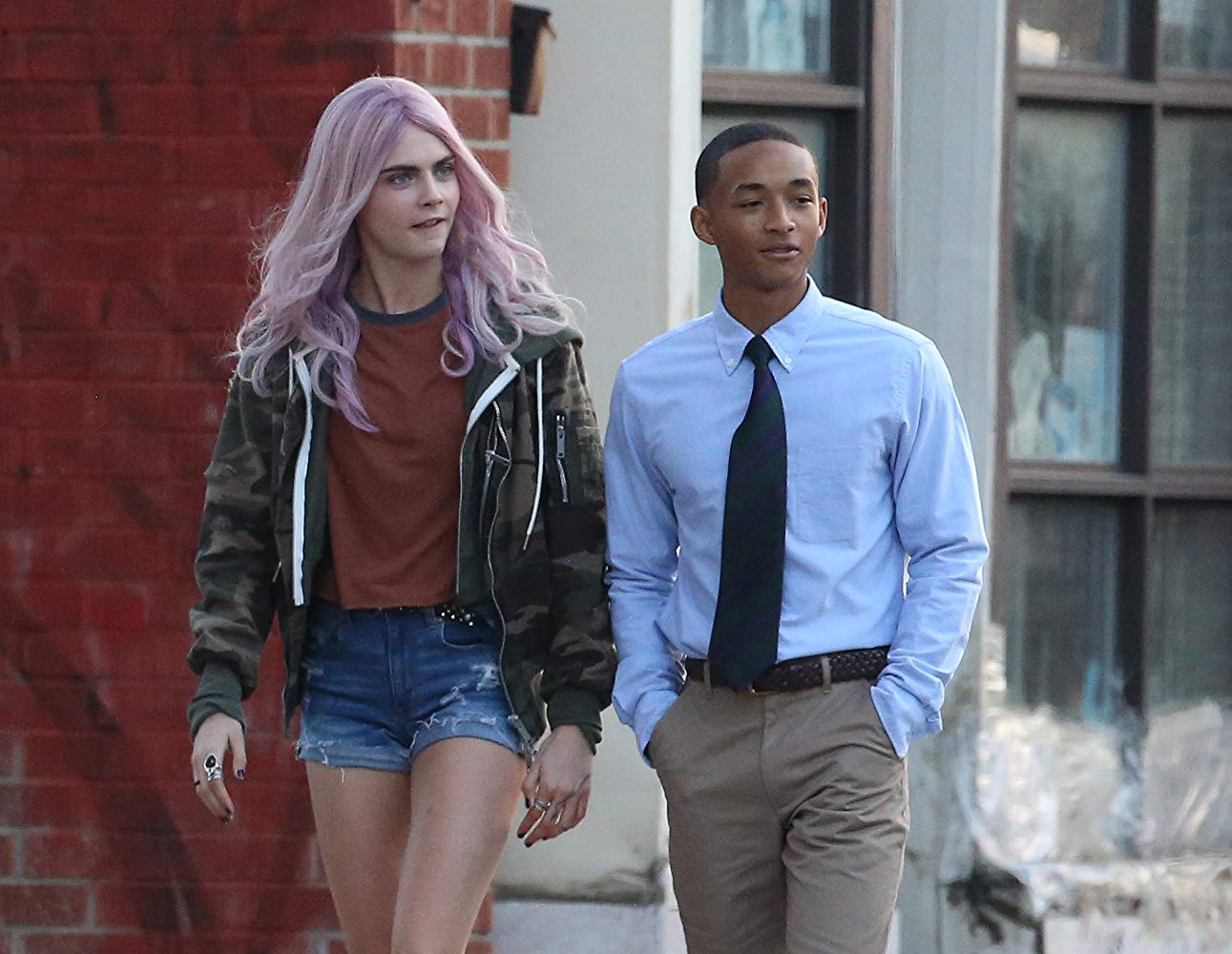 Will Smith’s Overbrook Entertainment produces the romantic drama ‘Life in a Year,’ which features Jaden Smith and Cara Delevingne in the lead roles. According to reports, the plot follows a 17-year-old boy’s journey to give his girlfriend an entire life. The girl is dying and she has just one year left to live. Overbrook Entertainment produces the movie in association with Marc Bienstock. ‘Life in a Year’ is directed by Mitja Okorn from a script written by Jeffrey Addiss and Will Matthews. 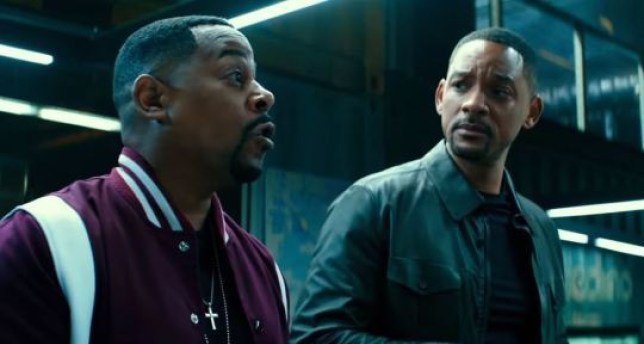 ‘Bad Boys for Life’ is the third movie in the ‘Bad Boys’ franchise. Will Smith and Martin Lawrence return as the popular cop duo Mike Lowery and Marcus Burnett for a third outing. This time, they are after a deadly drug cartel. According to reports, the plot follows Inspector Marcus Burnett, (yes, he has been promoted), and Mike Lowery, who is struck with a mid-life crisis, embarking on a joint mission.

Elsewhere, the mother of the ruthless drug lord Armando Armas is fuming with vengeance for Mike Lowery who killed her other son. She sends Armas and his men to hunt down Lowery at any cost. Now that the pride of Miami PD is challenged by Armas and his army, Burnett and Lowery set aside their personal problems to prepare for the showdown. The other cast includes Paola Núñez as Rita, Jacob Scipio, Joe Pantoliano, Alexander Ludwig, Charles Melton, and Vanessa Hudgens. The movie is directed by Adil El Arbi and Bilall Fallah from a screenplay by Chris Bremner. ‘Bad Boys for Life’ is lined up for a January 17, 2020 release. 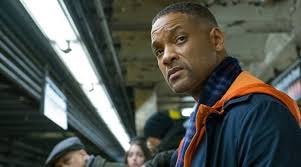 You might think that greatness comes from perseverance, hard work, and a little bit of luck, and you would not be wrong. However, in many instances, greatness also depends on the massive support system some people have, by the way of families and friends. In the case of Serena and Venus Williams, this was certainly the case.

Even if you do not follow tennis, you must be knowing the names of the sisters who have had prolific careers on the court and continue their phenomenal performances. However, before they stepped into the spotlight, they came from humble beginnings. In fact, coming from a poor neighborhood, they might not have gotten into tennis at all, if not for their father, Richard Williams.

The man put in just as much of blood, sweat, and tears, as his daughters, in order to train them to become the greatest in the world. For him, the sport became a symbol of an escape from poverty and the lifestyle he led. Seeing Serena and Venus today, his success cannot be measured. The movie is slated to be released on November 25, 2020. Knowing Will Smith’s acting caliber, the star will be delivering an unforgettable performance.

Will Smith serves as one of the executive producers for the web television series ‘Cobra Kai.’ The YouTube Premium series brings back Daniel LaRusso and Johnny Lawrence, (played by Ralph Macchio and William Zabka respectively), the arch-rivals from the 1984 flick ‘Karate Kid.’

The fighters return for a final showdown after a long gap of 35 years in ‘Cobra Kai.’ The revived series went on to become a surprise hit for YouTube Premium with more than 50 million views in the first season. The series is written and executive produced by Josh Heald, Jon Hurwitz, and Hayden Schlossberg. Heald, Hurwitz, and Schlossberg direct the series. Season 2 premiered on April 24 on YouTube Premium. The third season is slated to release in 2020. 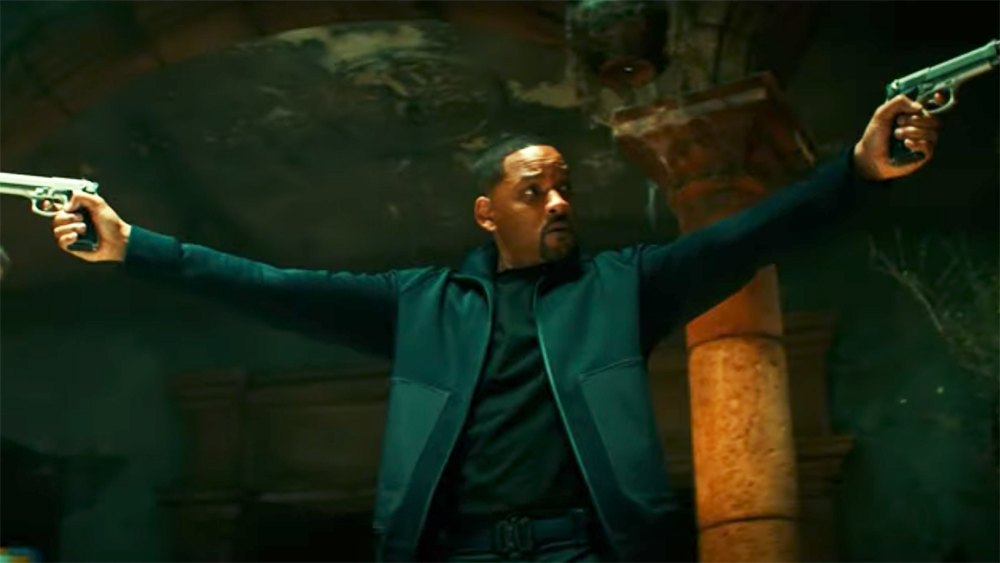 ‘The Council ‘ is an upcoming biographical crime movie that is being helmed by Peter Landesman, with Will Smith starring. Not much else is known about the cast of the film, but with Smith attached, the project is already making the right waves at the early stages. Knowing Smith, he will be sure to deliver a stellar performance in order to stand out and even accentuate the story of the project.

Thankfully, the story is intriguing enough itself, in this case. We focus on a group of criminals who run their own syndicate controlling Harlem in the 1970s and 80s. It is actually based on facts and tells us the never-before narrated story of the African American men who formed their own criminal enterprise. The upcoming film will focus on Nicky Barnes, the man who New York Times dubbed as ‘Mr. Untouchable’.

In all of American criminal history, we often overlook the role played by other colored gangs. Even in movies, the focus is mostly on Italian gangs, and sometimes on Irish crime families. However, there have been plenty of instances where black ganglords have become major players in a city. ‘The Council’ will look at one such man. 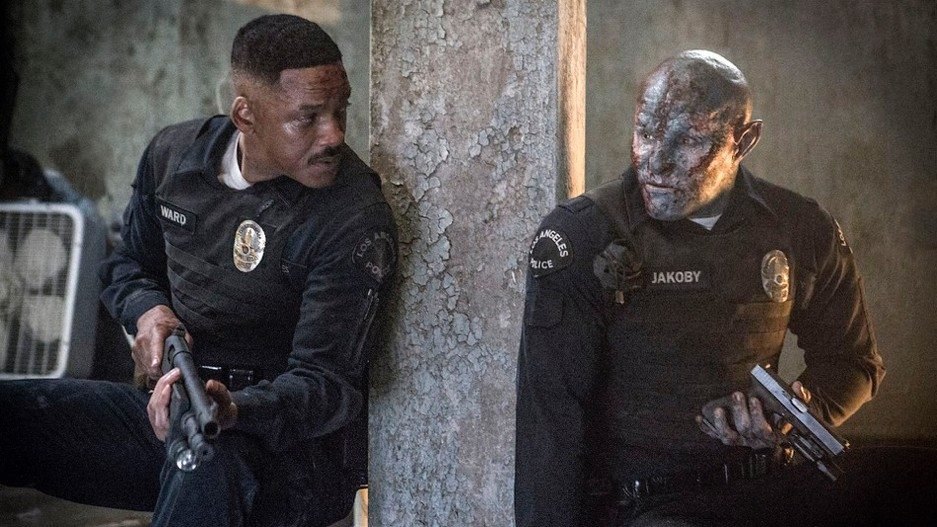 In Netflix’s upcoming sequel ‘Bright 2,’ Will Smith and Joel Edgerton are expected to reprise their iconic lead roles. The first movie, ‘Bright,’ which was released by Netflix in 2017, went on to become a hit despite the mixed reviews from critics. The plot unfolds in an alternate present where human co-exists with several creatures including orcs, fairies, and elves.

Will Smith plays the human LAPD officer Daryl Ward while Joel Edgerton portrays Nick Jakoby, the first orc cop in history. The first installment features the two cops joining forces to protect a magic wand-wielding elf girl from evil forces. No plot details of the second movie have been revealed yet. Netflix confirmed the sequel in December 2017. In January, the streaming platform roped in Smith and Edgerton to play the lead pair of cops for a second time. David Ayer has been attached to the project as the director. He co-wrote the script with Evan Spiliotopoulos. According to the latest reports, ‘Bright 2’ will start filming in the first half of 2019 in Germany. 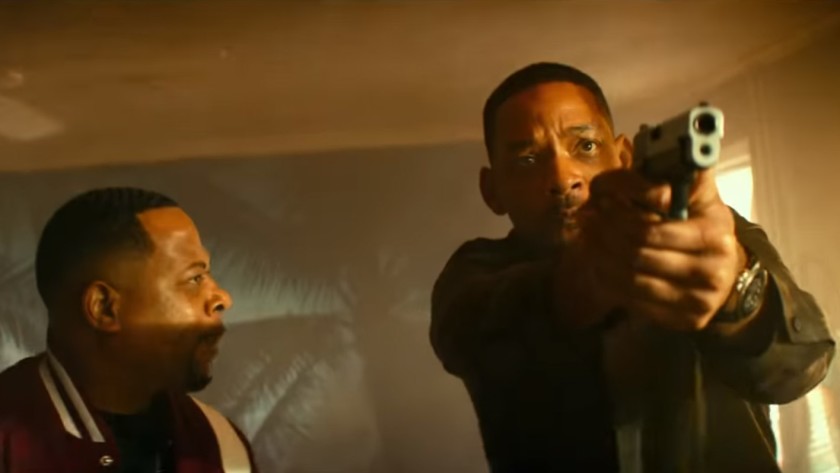 Sony Pictures has confirmed the third and fourth installment of the ‘Bad Boys’ franchise. The studio also revealed the release date for the upcoming sequels. The third movie, ‘Bad Boys for Life’ will hit theaters in 2020 while the fourth flick, ‘Bad Boys 4’ (working title), is lined up for a 2021 or 2022 release. Speculative reports suggest that Burnett and Lowery will collide with a specialized police unit in the fourth movie. Sony Pictures hasn’t slipped out any more details about the cast, crew, and plot of the film. 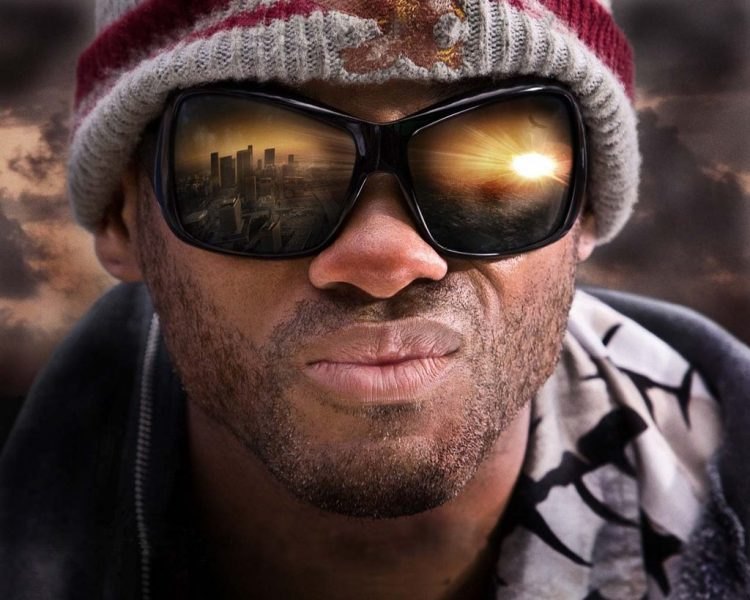 The idea of ‘Hancock 2,’ the sequel to Will Smith’s 2008 hit ‘Hancock’, was hatched even before the release of the first movie. But the project has been in development hell ever since. The ‘Hancock’ director hinted earlier about a possible sequel with Will Smith reprising his iconic role as John Hancock, the alcoholic superhero.

The first movie features Charlize Theron and Jason Bateman alongside Will Smith. The plot follows John Hancock, who is a vigilante superhero and causes millions of losses for Los Angeles city administration with his actions. When he saves Ray Embrey (played by Bateman), his misadventures turn out to be something else. Columbia Pictures had reportedly hired screenwriters, Adam Fierro and Glen Mazzara to write ‘Hancock 2.’ The project has been in limbo ever since. 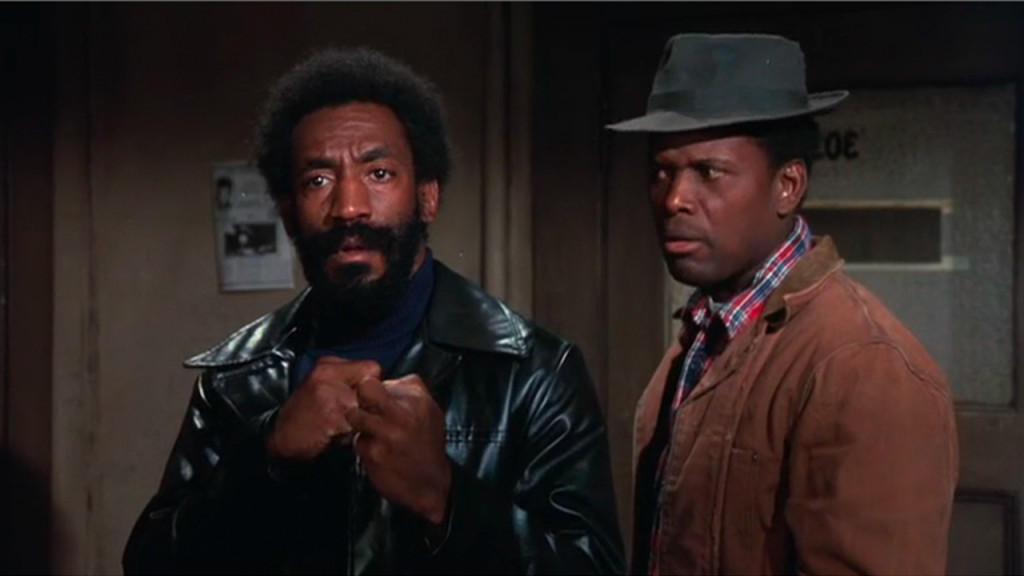 Will Smith and his Overbrook Entertainment partner James Lassiter produce the upcoming comedy ‘Uptown Saturday Night.’ The film is a remake of the 1974 comedy of the same name. Kevin Hart is reportedly in negotiations to star in the sequel. The movie is directed by Malcolm D. Lee from an adapted screenplay by Kenya Barris. 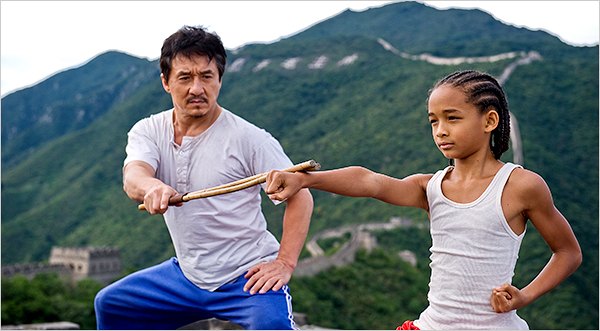 The cast and producers of the blockbuster ‘The Karate Kid‘ reunite for the upcoming sequel ‘The Karate Kid 2.’ The 2010 martial arts movie stars Jaden Smith, Taraji P. Henson and Jackie Chan in lead roles. Will Smith and Jada Pinkett Smith produced the movie along with Jerry Weintraub, James Lassiter, and Ken Stovitz.

During a promotional event of his 2017 movie ‘The Foreigner,’ Jackie Chan hinted at a possible sequel. According to Deadline, Sony Pictures has set Breck Eisner to direct ‘The Karate Kid 2,’ with Jaden Smith and Jackie Chan reprising the lead roles. The first movie, directed by Harald Zwart, grossed $343 million worldwide. 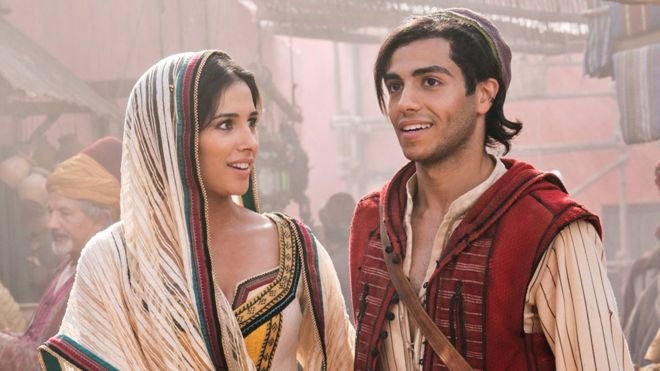 Guy Ritchie’s long-awaited live-action remake of Disney’s 1992 animated film features Mena Massoud in the titular role of Aladdin. Will Smith plays the mythical Genie in the movie. The film is based on the folktale from ‘One Thousand and One Nights.’ It tells the eternal love story of the street urchin, Aladdin, and Jasmine, the princess of Agrabah.

When Aladdin finds the magic lamp and releases the mischievous Genie, his life turns upside down. He has to protect both the love of his life and the magic lamp from evil men who seek it for their vicious schemes. The other cast includes Naomi Scott, Marwan Kenzari, Navid Negahban, Nasim Pedrad, Numan Acar, and Billy Magnussen. Ritchie co-wrote the movie with John August. The movie released on May 24, 2019. 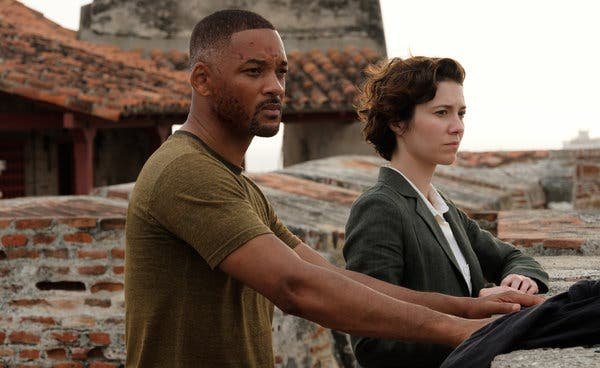 ‘Gemini Man‘ is a sci-fi action flick directed by Ang Lee. The movie, which went through nearly two decades of development hell, features Will Smith in dual roles. Henry Brogen is a government assassin with outdated skills, whereas Junior is Henry’s assassin clone made through de-aging technology.

When Henry’s old bosses assign him to track down Junior who can predict his every move, the veteran assassin has to polish his killing instincts once again. ‘Gemini Man’ is a battle of values rather than a Smith vs. Smith spectacle. The movie has been written by David Benioff, Billy Ray, and Darren Lemke. The other cast includes Mary Elizabeth Winstead, Clive Owen, and Benedict Wong. ‘Gemini Man’ hit theaters on October 11, 2019.