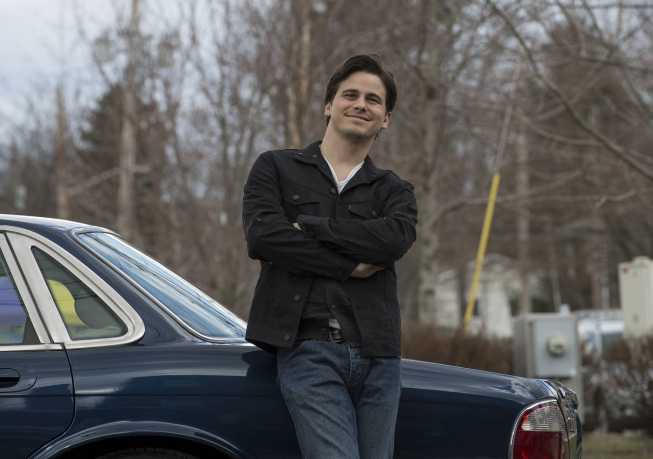 Us & Them is an American comedy television series, which first aired on Fox in the 2013-14 season, as a mid-season replacement. The series is based on the ‘Gavin & Stacey’, a British series, that is created by Ruth Jones and James Corden. Later it got adopted by David J. Rosen, to an American audience. But Fox had to cut back the order of the episode to only seven. Then it was revealed that Fox would not be airing the show. The series first got broadcasted on M-Net in South Africa, which is also available on Korean major IPTV networks. Later in September 2018, Sony Crackle, the streaming service, officially announced that all the seven episodes would be streaming from October 1, giving the show its American release.

Us & Them blends love story into a comic series with the protagonists, Gavin, played by Jason Ritter, who is an actor and producer, and has worked in the soundtrack department, and is quite famous for co-creating ‘Morning Knight’. He is known for his theatre work on Third, The Distance From Here, and The Beginning of August. Opposite to him is Stacey, beautifully portrayed by Alexis Bledel. Alexis Bledel, short for Kimberly Alexis Bledel, is an actress, Producer, and soundtrack manager, from Houston, Texas. She used to be a model, before getting a chance to work in Gilmore Girls (2000). She is famous for her work in The Handmaid’s Tale, and Us & Them. Kerri Kenney can be seen portraying the role of Gwen. Her famous work includes The State (1993), Reno 911! (2003), Reno 911!: Miami (2007). Ashlie Atkinson who is famous for her work in Fat Pig, Chunky Pam, and Us & Them, portrays Nessa.

Dustin Ybarra gives life to the character of Archie, and Michael Ian Black becomes Brian on screen in the series. Kurt Fuller, though is an actor, has also contributed in the soundtrack. He is quite famous for his work in Wayne’s World (1992), Anger Management (2003), and Woody Allen’s Midnight in Paris (2011). He is seen playing the role of Michael in the series.

Apart from the above members, the series also features Jim Gaffigan (as Theo), Jim Ford (as Dad), John Carroll Lynch (as Ed), Aasif Mandvi (as Dave), Yoriko Haraguchi (as Rudy’s Friend), and Susan Lehman (as Old Woman), among others.

Us & Them is a story that revolves around the love story of Gavin and Stacey. Gavin is from New York, and Stacey lives in Pennsylvania. They both start dating over the internet. After six-month-long romance, they decide to meet in person. But their crazy friends and families are constantly interfering in their relationship, and that is becoming more of a challenge for them, than living in different states.

The series starts with the introduction of a young couple, Stacey and Gavin, who decide to take their relationship to the next level, by meeting in person. The geographical differences are less of a headache for them, compared to the eccentric group of their family and friends, whom they are more worried about. Their second date is thrown off track when Stacey causes an accident, and their backup plan results in an unusual, awkward introduction for their families. Now Gavin has to come up with a new plan of winning over Gwen’s friendship. So he decides to join her in a Karaoke night duet. The couple in love has to spend their weekend apart, so, Gavin chooses to have a fun boys’ night out with Archie in New York, and Stacy chooses to relive her favourite high school memories with Nessa. Gavin and Stacey accompany Archie in finding Archie’s lost love where their bond becomes even stronger. At the end of the series, Archie claims that Gavin has to take control over his cosy relationship with Stacey, on the eve of a party at their apartment.

Us & Them Season 2 Release Date: When will it premiere?

After the cancellation of its premiere on May 8, 2013, the full first season of Us & Them officially released on October 1, 2018 on Crackle. Season one has seven episodes, all of which aired on the same day.

Season 2 is yet to be renewed by the network. Though, it looks unlikely the show will get a season 2, we can certainly hope that the show get renewed and can at least get some kind of release date by 2020.

Us & Them Season 2 Trailer

Taking a break amidst a busy schedule is crucial. For all the people out there who love to spend their free time at their home chilling rather than outdoor partying, this series is made just for you. So, before the release of season two, get comfortable and binge-watch the romcom episodes of Us & Them, so that you won’t regret later for not being ready for the new season. Get yourself started by watching the trailer, here, and hope for a good news. Catch the hilarious episodes of Us & Them, here.