Where to Stream Us? 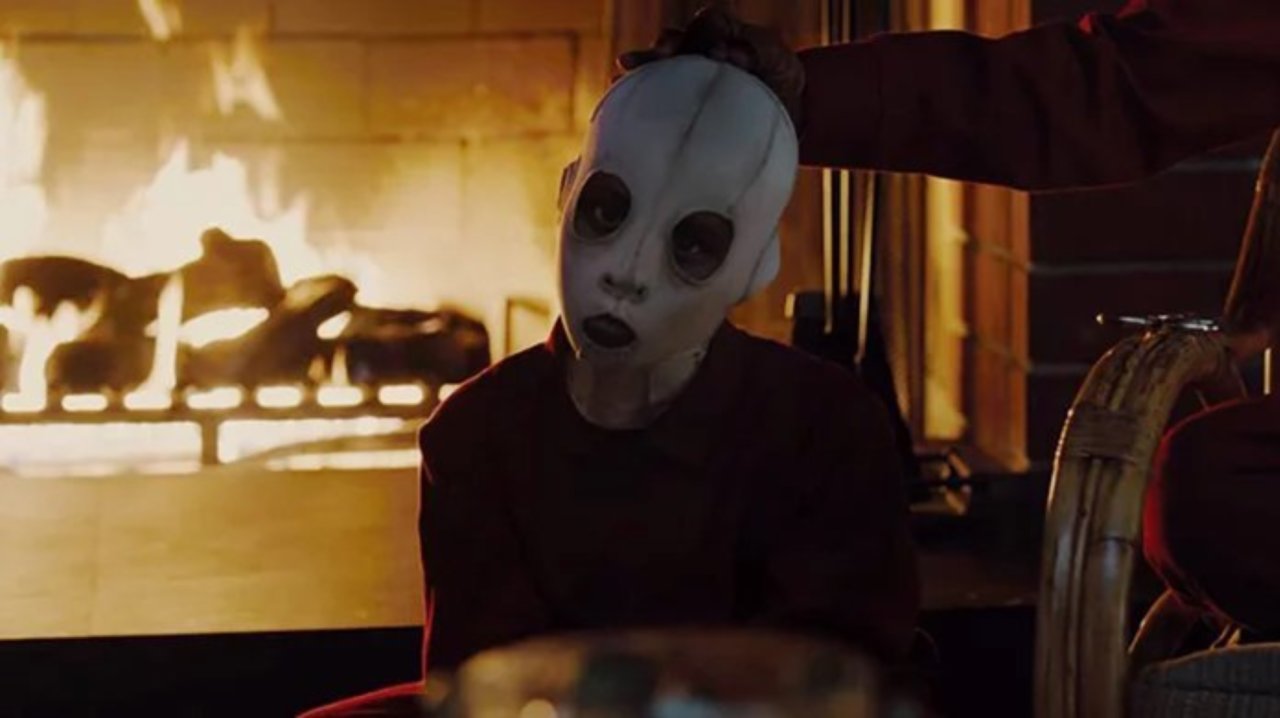 Jordan Peele has been making waves in the horror genre, and ‘Us’ is yet another proof of that. It is said that a director’s second film is more important than his first to prove whether they are here for the long run. If this holds true, then Peele’s ‘Us’ perhaps is a step forward — a better, and definitely more stylish film than ‘Get Out‘.

When Peele released ‘Get Out’, he was just breaking into the horror genre, and was actually better known for his comedy show ‘Key & Peele’. However, with ‘Us’, Peele has successfully cemented his place next to Ari Aster as the modern masters of horror. The best part of Peele’s films is that he does not really have supernatural elements like ghosts or evil spirits. His films show how humans can be the true monsters, and thus his works become psychological studies and often carry social messages. Peele also explores the issue of race in his movies.

With ‘Us’, Peele again takes us on a psychological study, asking us whether the true root of evil lies within ourselves, and brings up several issues concerning class privilege. Anyhow, without going into the ramifications of ‘Us’, let us tell you what the movie is about, before telling you where you can watch it.

What is Us About?

The story of ‘Us’ first begins in 1986 in Santa Cruz when we see a young Adelaide at the fare with her parents. As her father is busy playing whack-a-mole, she wanders into a funhouse and there, in the hall of mirrors, she comes across her doppelganger. Her parents eventually find her, but she is unable to speak. The story then shows a grown-up Adelaide, now having regained her powers of speaking and is also a mother of two kids. The family of four head to her family house in Santa Cruz with husband Gabe, son Jason, and daughter Zora.

Peele sets his style, carrying comic elements in the family’s interactions while maintaining an aura of dread since Adelaide has misgivings about the trip. We oscillate between the feeling of dread and forced laughter, as Gabe brushes off these thoughts and is eager to impress their rich neighbors, whom they meet on the beach. However, a weird incident ruins the family’s time, as Jason runs into a scary man with his arms outstretched and blood dripping from his hands. Adelaide panics when she realizes Jason is missing and quickly finds him and the family leaves the beach.

That evening things come to a head, as the family finds themselves stalked and attacked by a group of four people, who they realize, are their doppelgangers. Red is Adelaide’s copy, Abraham is Gabe’s, Umbrae is Zora’s and Pluto is Jason’s. Their first encounter starts off scarily as Red explains that they are the ‘Tethered’, and share a soul with their counterparts, that is Adelaide and her family. Red goes on to say how they have come to be untethered, and how they grew up without love while Adelaide had it all. The way she says all this in a raspy and hoarse voice, while the rest of the doppelgangers remain ominously silent, is enough to send chills down one’s spine. Anyhow, Zora manages to evade Umbrae, while Gabe kills Abraham on his boat. Jason too manages to lock Pluto in his cupboard, when he realizes the doppelganger mimics his moves. Pluto’s cries for help distracts Red, and when she goes to free the boy, Adelaide escapes. The family then reunites and goes over to their neighbor’s.

One of the best moments of ‘Us’ plays out here and shows Peele at his most stylish as the rich couple and their daughters are attacked by their doppelgangers. All the while, their cries for help to call the police is misheard by an Alexa-like device, which begins blasting N.W.A.’s classic ‘Fuck The Police’. Mixed in with the beats of this song is a sequence of extreme violence, as the doppelgangers dispatch this family, but are themselves killed by Adelaide and her family. The horror is far from over as they realize these killings are nationwide, and the Tethered are eliminating their counterparts and then join hands to form a long chain. While escaping from this household, Umbrae attacks the family but is killed.

Soon after, Pluto sets a trap for the family, but Jason tricks the boy into walking into the fire. The victory is short lived as Red kidnaps Jason, with Adelaide in hot pursuit. Zora and Gabe recuperate, as Adelaide follows Red into the old funhouse. There, within the hall of mirrors, she discovers a secret passageway that leads underground. This place is filled with rabbits. Red explains how the humans created the Tethered to control the actions of the counterparts, but when it didn’t work, the counterparts were abandoned till Red unified them and led a revolt against the surface dwellers. A brutal fight breaks out between Red and Adelaide, with Adelaide finally killing Red.

The family is reunited and drives away, as we see news choppers hovering over the human chain of the Tethered. However, Peele masterfully includes a twist, showing that on the night in 1986, Red choked Adelaide and left her in the underground facility and took her place in the surface world. Thus, Adelaide was the doppelganger all along. There are several layers to unpack in this mind-bending work of horror; so if you have not seen it, definitely watch it, and if you have seen it, you know you need to re-watch it to be sure of what happened at the end. So now, let us tell you where you can watch ‘Us’.

Is Us on Netflix?

Netflix has one of the most enviable libraries in the world, and some regions even have Peele’s ‘Get Out’. However, ‘Us’ is not on the platform yet. In the meanwhile, if you are in the mood for some new but well-made horror movies, may we recommend ‘Velvet Buzzsaw‘ and ‘Bird Box‘.

Is Us on Hulu?

Hulu has a pretty decent library overall, and when it comes to horror, the streaming platform does not disappoint either. However, ‘Us’ has not been added to Hulu yet. If you are in the mood to see how a family faces terrifying situations, then do watch the ‘Paranormal Activity‘ movies. If you are in the mood for slashers, then the platform has ‘Friday the 13th‘ to win you over.

Is Us on Amazon Prime?

Amazon Prime has one of the best libraries when it comes to horror. Some might even say it is better than Netflix’s. While Prime does not provide ‘Us’ to the subscribers, you can rent or buy and watch the movie on this platform. It costs $5.99 to rent and $19.99 to purchase. Unless you want to keep the movie in your library, we recommend that you rent it. You can watch ‘Us’ here.

Where Can I Stream Us Online?

If you do not have a subscription to the major streaming platforms, that is no cause to worry. You can still stream ‘Us’. Head over to Vudu, YouTube, or FandangoNow to rent or buy the movie. All websites charge $5.99 to rent it and $19.99 to buy it, but FandangoNow has an SD version available for rent at $4.99, and an ultra HD version available for purchase, which also is priced at $19.99. If you are buying the movie, buy the ultra HD version, or if you want to just rent, then SD is the better option.

Is Us Available on BluRay and DVD?

Yes, ‘Us’ is available on BluRay and DVD, having first come out in June 2019. If you want to order yours, head here, and you can watch ‘Us’ easily.

Where Can I Watch Us Online For Free?

Since ‘Us’ has not come to any of the major streaming platforms yet, there is no legal way to watch the movie for free. Hold on till the film arrives at one of the platforms, and then you can use the free trial period to watch the movie. However, we would urge you to pay for the art that you consume, especially when it is an original, thought-provoking movie like ‘Us’.

Read More in Movie Guides: A Quiet Place | Get Out