Use For My Talent Episode 23: What to Expect? 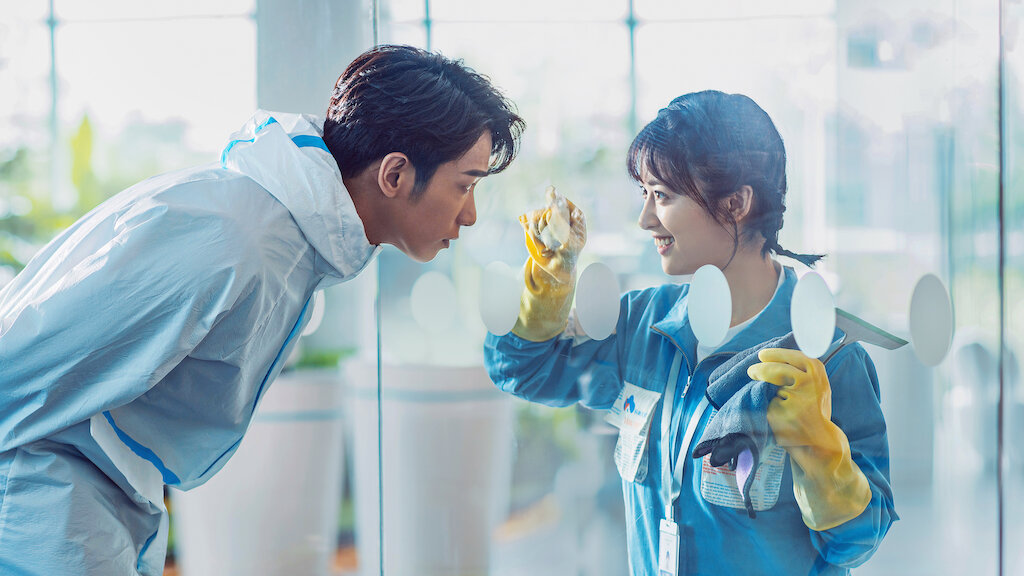 ‘Use For My Talent’ is a contemporary Chinese romance drama series that centers around the blossoming love story of a rich, lonely germaphobe and a rather unkempt employee at his cleaning company. Gu Ren Qi, who suffers from mysophobia, hides behind an impenetrable wall that he has built around himself so that nobody can get close to him. He often comes across as rude and cold. Shuang Jiao is a disheveled and disorderly girl who is grieving the recent loss of her mother.

The two meet when Shuang Jiao gets hired as a cleaner for Ren Qi’s cleaning company and a cute friendship soon develops. Over time, Shuang Jiao and Ren Qi start caring for each other and help one another defeat their individual demons. As the show comes to a close soon, we thought we’d recap the story so that viewers who may have missed a few episodes here and there are also ready for the finale. If you’re also looking for the release date and streaming details of ‘Use For My Talent’ episode 23, we have you covered. Here’s everything you need to know.

Use For My Talent Episode 23 Release Date

‘Use For My Talent’ episode 23 is slated to release on Tuesday, June 1, 2021. Episodes 23 and 24 will be released at the same time. Episode 23 is the penultimate installment of the series, therefore, both episodes dropping together can be considered a double finale.

Where to Stream Use For My Talent Episode 23 Online?

You can watch ‘Use For My Talent’ on MGTV. The show is also available to stream globally on Netflix. You need a subscription to be able to view the episode on either platform.

Use For My Talent Recap

Gu Ren Qi is an extremist when it comes to hygiene and wants to automate operations in his cleaning company, effectively eliminating the human component. Shi Shuang Jiao is the newest employee at Ren Qi’s company. She is a bubbly yet unkempt girl who is grieving the loss of her mother while single-handedly supporting her family (which comprises her genius younger brother and alcoholic father). Ren Qi is paranoid that Shuang Jiao is trying to seduce him and so he starts observing her every move closely. Slowly, he starts to appreciate the hard-working girl’s work ethic. When a man is annoying Shuang Jiao, Ren Qi steps in heroically. There’s a rescue, a wrist-pull, and an accidental kiss which ends in Ren Qi fainting from fear of germs.

Wang Qian Qian, the girl that Ren Qi’s mother is trying to set him up with, has eyes only for Ren Qi’s hunky bodyguard, Li Dong Xian. Over time, as work shenanigans go on, Ren Qi and Shuang Jiao soften towards each other and realize they like each other’s company. Ren Qi also realizes that Shuang Jiao is his exception – she is the only one he is not completely repulsed by. He tests his theory out by drinking water from her cup without throwing up or getting sick. Ren Qi can touch Shuang Jiao without fearing germs. Meanwhile, Jun Jie, Shuang Jiao’s brother, finds out how hard she is working and feels guilty about making her life so tough.

Over shared bike rides, bento box lunches, and strawberry milks, Ren Qi and Shuang Jiao fall head over heels in love with each other. We also find out that Lu Xian, Shuang Jiao’s tenant who likes her, is also Daniel Lu, Ren Qi’s therapist who constantly discourages him from pursuing a relationship with Shuang Jiao. When the human department is terminated at the company in favor of automated “smart” cleaners, Shuang Jiao is offered triple the salary by Ren Qi’s mother (who is elated that her son can touch another human being without being sick) who wants her to continue as a live-in cleaner for Ren Qi’s home. Eventually, Lu Xian the therapist also moves in under the pretext of Ren Qi’s treatment.

When Ren Qi finally confesses his love to Shuang Jiao, they kiss, and Lu Xian leaves, heartbroken. The blissful couple is soon separated, though, by disapproving family members who give their all to keep the two apart. But eventually, Shuang Jiao’s father accepts Ren Qi’s love for his daughter. Lu Xian is worried when Ren Qi’s symptoms seems to get worse because of him trying to suppress his ticks. Shuang Jiao meets Mommy Gu to learn more about Ren Qi’s childhood so that she can figure out the underlying cause of his phobia. Ren Qi enlists the help of Dong Xian, Jun Jie and his girlfriend, and Qian Qian to propose to Shuang Jiao in an awesome dance performance.