Will There be a Vagrant Queen Season 2? 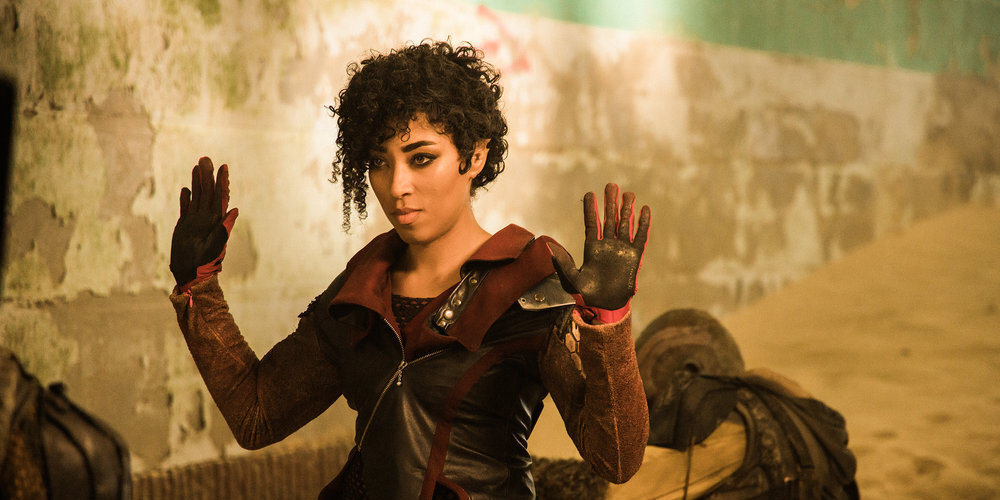 ‘Vagrant Queen’ is a science-fiction show that follows Elida, a former child Queen who has absolutely no interest in claiming her title and has been living her life as a scavenger since Commander Lazaro killed her mother. Her life changes when her frenemy Isaac informs her that her mother is still alive. Elida teams up with Isaac and a mechanic, Amae, to take down Lazaro’s empire and rescue her mother from Elida’s former home.

The intergalactic show is based on the critically acclaimed eponymous comic book series from Vault Comics, written by Magdalene Visaggio and illustrated by Jason Smith. It is adapted to screen by Jem Garrard. The show had created a lot of buzz among the sci-fi fanatics because of its vibrant and eye-catchy visuals. Many also felt that the show is along the same lines as hit MCU films ‘Guardians of The Galaxy’ and ‘Captain Marvel.’ Now that season 1 has ended, you must be wondering if there will be a ‘Vagrant Queen’ season 2. Read on.

Vagrant Queen Season 2 Release Date: When Will it Premiere?

The show’s fourth episode was originally supposed to air on Friday, April 17, 2020, at 10 p.m. ET, but it was preempted. It was then moved to air on Thursday, April 23, 2020, at 11 p.m ET. The rest of the episodes were also scheduled to air on Thursdays, meaning, the series had been removed from its primetime slot. This is not a good sign from any channel since it indicates that it is simply burning off the remaining episodes ahead of cancellation.

With poor ratings of 0.07 in the 18-49 demo and around 0.37 million viewers during its premiere, the season’s numbers continued to fall across the episodes. Considering these factors, the chances of renewal are slim. In our opinion, ‘Vagrant Queen’ season 2 is most likely cancelled. But if it gets international financing or syndication deals, it might still get a season 2. In the unlikely scenario that this happens, we can expect ‘Vagrant Queen’ season 2 to premiere sometime in 2022.

Vagrant Queen Cast: Who is in it?

Adriyan Rae headlines the cast as Elida, a scavenger who refuses to claim her title as Queen. You may recognize her for her work in ‘Light as a Feather,’ and ‘Atlanta.’ Joining her as her deadbeat friend Isaac is Tim Rozon. He is well known for his performance in ‘Diggstown,’ ‘Wynonna Earp,’ and ‘Schitt’s Creek.’ ‘Spud’ star Alex McGregor appears as Amae, a snarky mechanic who joins Isaac and Elida on their mission. ‘Maze Runner: The Death Cure’ fame Paul du Toit essays the character of the vicious and manipulative antagonist, Commander Lazaro.

Vagrant Queen Plot: What is it About?

Once a child Queen, Elida is now an orphaned outcast who roams around the galaxy scavenging for bare necessities. As the soldiers of the Republic government are out for Elida’s blood, she is always on her toes. Her old frenemy Isaac pays her a visit claiming that her mother Xevelyn, who was killed by Elida’s enemy from childhood, Commander Lazaro, is still alive.

Elida has the street smarts and combatant skills for the mission, and Isaac possesses survival skills. Still, they lack someone proficient at working with vehicle engines and other machinery. They meet Amae, a mechanic, and together the trio embarks on a mission to save Elida’s mother from her former kingdom. While doing so, Elida has to face the power-hungry psychopath, Commander Lazaro, and his army of maniacs, who have been relentlessly trying to track her down to end her bloodline.

In the kingdom, there are still some loyal ministers who want Elida to claim her throne and accept her destiny, but her eyes are set on just one thing – Mission Rescue. Apart from Lazaro, Elida and her team also have to deal with cannibalistic creatures, morphed monsters, shootouts, parking tickets, perilous planets, etc. In the end, with Arriopa in chaos, Elida makes a final attempt to defeat Lazaro while facing off another new threat.