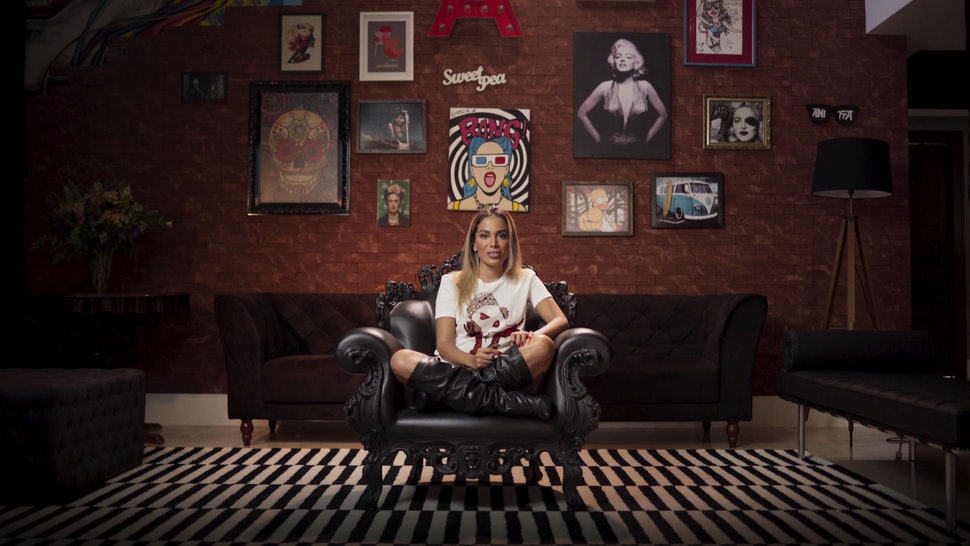 Vai Anitta is a biographical documentary series based on the Brazilian artist Anitta. The show is produced by Shot Studios in both English and Portuguese and first premiered on Netflix on November 16, 2018.

Vai Anitta Cast: Who’s in it?

In the series, we get to see all the people who have made a difference in Anitta’s life, her family and friends. Everyone appears as themselves as is custom with documentary series. Apart from Anitta, we see Paul Pimenta, Sam Shahidi, John Shahidi, Arielle Macedo, her mother Miriam Macedo, brother Renan Machado, her husband Thiago Magalhães and many others.

Larissa de Macedo Machado, the titular character, known professionally as Anitta and Brazilian by birth, is a singer, songwriter, actress, dancer and businesswoman all at the same time. Anitta ventured into singing at age 8 in a choir in the neighbourhood Church in Rio de Janeiro where she lived. At the age of 16, she started attending a technical school and then was called to work at Vale. In 2010, when she posted a video on YouTube, the then producer of the independent record company, Furacão 2000Renato Azevedo, called her to sign a contract with the label. After the song “Meiga e Abusada” became successful in 2012, the following year she was signed by Warner Music Brasil in a contract.

In 2013, Anitta gained national fame after releasing her single “Show das Poderosas”, which gained the number one spot on the Brasil Hot 100 Airplay chart. The music video has over 130 million viewers on YouTube. In November 2014, when she performed at the Latin Grammy Award, she was the youngest Brazilian singer to perform at the awards. In the same year, Anitta was the singer who most remained at the top of iTunes Brazil and also elected by them as the Artist of the Year. The Associação Paulista de Críticos de Arte (APCA) elected her as the Revelation of the Year in Music in 2013. Anitta has won the Best Brazilian Act on the MTV Europe Music Awards five times. She was also the first Brazilian artist to win the Best Latin American Act award. In 2017, Anitta was chosen by Billboard as the 15th most influential artist in the world in social networks, making artists like Lady Gaga, Shakira and Rihanna fall behind.

Vai Anitta Plot: What’s it about?

The docu-series goes behind the scenes with Anitta along with her family and friends, revealing her struggle in consolidating her international career as a musician and artist. In the first episode, it is shown how Anitta, one of the biggest pop stars in Brazil, is encouraged by her loved ones as they believed in her talent. The second episode shows the shooting of her second Checkmate single, “Is that for me” against the backdrop of Amazon forest where composers Poo Bear and Alesso join her. The third episode is shot in New York, where Anitta is interviewed about her achievements outside Brazil. During this time, she also records“Downtown” with composer J. Balvin, her third single from the Checkmate.

The fourth episode takes a turn and is far from the glitzy world of glamour. Rather, it chooses to show the shadow behind the light. In this episode, Anitta shares her love and passion for empowering women and girls. The downside of fame, her fight with depression is also shown. Continuing from the previous episode, the fifth episode shows how Anitta pays the price of being famous with her health. Continuous performances take a toll on her ensuring that she takes a break.

“I used to tell my family that I was going to be a singer since I learned how to talk,” she told Rolling Stone magazine in an interview. “I like everything that challenges me … I can’t accept that something is impossible.” says the actress. This proved to be even more favourable when she battled with depression. It happened … in the middle. I had a very big depression crisis. I was three, four months without being able to assimilate. And my team knows how I am, if they played without me being in a position to follow, I would not be happy. Then everyone stopped and kept waiting for me to return to normal.

In the last and sixth episode, Anitta is shown to be working hard towards her new music video “Indecente” which will be shot in one take and also live streamed simultaneously during her birthday party.

The next season could deal with an American collaboration, a territory that Vai Anitta is yet to enter. According to her, “For me, when doing a collab it’s all about chemistry, and whether you think their style matches with who you are,” she told. “But right now, I want to show more of me, that I can do something by myself and reveal my personality alone. This year I’m going to work more in English, but first I want to get solid in the Spanish [language] industry.” We will soon find out how things unfold in the life of Vai Anitta who believes music is something everyone can appreciate.

Vai Anitta Season 2 Release Date: When will it premiere?

Vai Anitta Season 1 premiered on November 16, 2018 on Netflix. As far as the next season goes, we don’t have an official announcement yet. Though considering there is still a lot to explore in Anitta’s life, we expect the show to get renewed. Our best guess is that Vai Anitta Season 2 can release sometime in 2020. We will update this section as soon as we hear more.

While we wait for an update on Vai Anitta Season 2, check out the season 1 trailer to refresh your memories. If you haven’t seen the show yet head over to Netflix to catch all the episodes of the previous season.