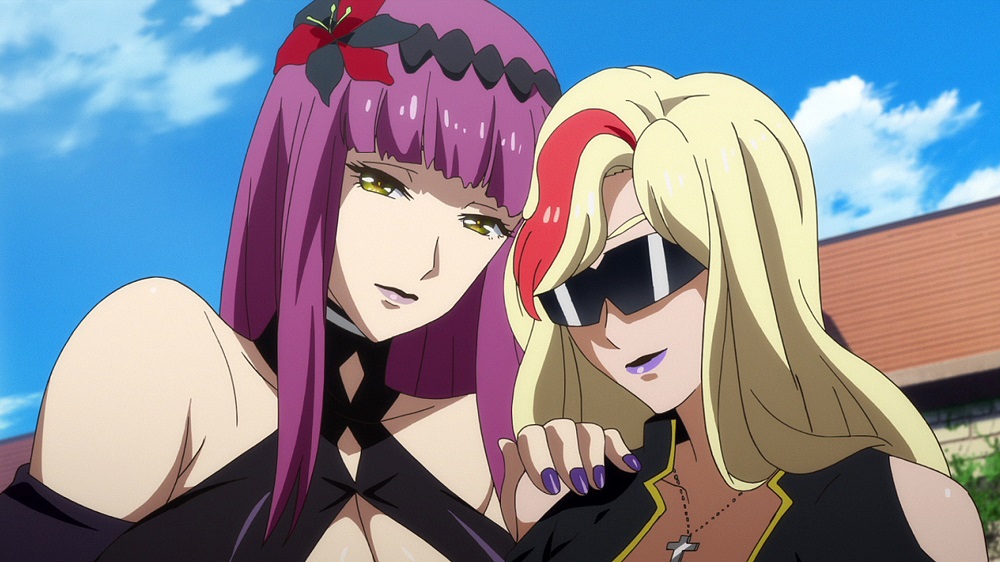 In every possible way, ‘Valkyries Drive’ is one of the lewdest anime titles out there, nonetheless, it is appreciated by those who are into that kind of stuff. With a plethora of uncensored yuri sex and some enjoyable characters, ‘Valkyrie Drive’ is, of course, not for everyone but if you’re looking for something that would perfectly fulfill all your guilty pleasures, make sure you don’t shy away from this one.

Valkyrie Drive Mermaid Season 2 Release Date: When will it premiere?

‘Valkyrie Drive Mermaid’ season 1 premiered on Oct 10, 2015 and with a total of 12 episodes came to an end on Dec 26, 2015. Amongst all the popular Ecchi titles out there, ‘Valkyrie Drive Mermaid’ is one of the better-known shows. Since it has not been adapted from a manga or a light novel series, its creators have the freedom to renew it without relying on any source materials. But if we take a look at most Ecchi anime shows of today, barring a few exceptions like ‘Queen’s Blade‘, most of them barely get past the first season.

Studio Arms, the producer of this show, also has a lot of upcoming projects under its belt and because of that, it seems very less likely that it would return to a mediocre Ecchi show in the future. Still if there is any possibility of ‘Valkyrie Drive Mermaid’ season 2 releasing sometime in 2021 or 2022, we will let you know. Till then, you should check out the shows on our list of other similar Ecchi anime.

The English dub of ‘Valkyrie Drive Mermaid’ is available on Funimation.

Mamori Tokonome, a sixteen-year-old girl who remains quite naive to her surroundings, is often ridiculed because of her unique name. But her world entirely changes when she gets kidnapped during her gym class and finds herself stranded in a fantastical island that is ruled by Mermaids. That’s when a fellow castaway, Mirei Shikishima, comes to her rescue and awakens her hidden supernatural abilities by kissing her. Soon, the two of them set out an adventure of a lifetime with the sole intention of surviving on the desolate scandalous island and the only thing they can rely on is the power of their intimacy and the assistance of a few friends that they end up making along the way.

Mirei is the secondary protagonist of the series who plays a major role in liberating Mamori Tokonome. With her dominating presence and badass appearance, people often find her scary and the fact that she does not talk much makes her look even more gruesome. In reality, though, she is very kind-hearted and despite being really good at combat, she rarely initiates any unnecessary fights with anyone. She extremely courageous and never backs off from any situation. Disturbing scenes that would easily terrify others are not a big deal for her and when someone tries to harm her loved ones. Because of how reserved she is, only the ones who are close to her are well aware of her past. For others, she just a mysterious warrior who should not be messed with.

She has a beautiful face with extremely long blond hair and dark pink eyes. With her lips pursed, she carries a very stern look on her face and this way, she also lets others know that she is not willing to make any unnecessary conversations. For her age, she has an outstandingly curvy figure and is also quite tall. Before making any meaningful conversations, she has this habit of observing people and looking right through them. Every time when someone like Rain tries to kiss her, she gets really mad and even punches in retaliation. Her incredible battle abilities and warrior-like strength come from her military background.

Mamori is the main protagonist of the series who often finds herself in unwanted conflicts. Almost instinctively, she tends to speak up for those who are not being treated well. She is also quite forgiving and holds no grudges against the ones who try to hurt her. After she meets Merei for the first time, she learns that she possesses the ability to transform her body into a deadly weapon. Previously, before she was summoned to the world of mermaids, she had a very ordinary life. She would spend most of her time reading books and would often be teased by her peers because of her embarrassing surname.

In appearance, she’s cute and has long red hair that she keeps tied up as pigtails. For the most part, she is seen in a standard school uniform with pink shoes. Primarily, she was more into boys but after meeting Merei, she learns to embrace her Yuri side as well. She was initially quite embarrassed by how Merei would try to approach her but later she got used to it and even started enjoying her company. Unlike Marie, she is not too strong but her sense of braveness during battles makes her one of the strongest girls in her world. She can do anything for the one she loves and even goes out of her way to take the blame for their mistakes. Using the Valkyrie effect, she can transform herself into a double-ended spear and by activating the Valkyrie Drive, she can combine her own powers with that of Mirei.