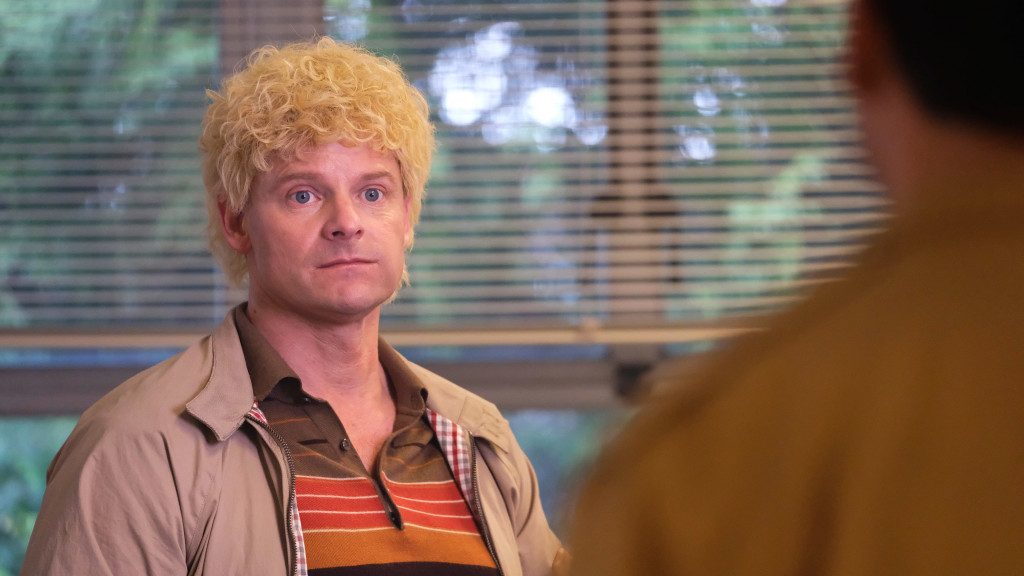 In an unusual break from its usual format and genre of programming, Nat Geo brings viewers an eclectic genre-bending docudrama featuring interviews with real people, interspersed with theatrics and pizazz! The incredible tech boom, and eventual dot-com crash, in the Silicon Valley in the US in the 1990s is the stuff of legends. It is interesting to see a series – Valley of the Boom – that looks at the times, the people, the tech-mavens, the fraudsters, and the general craziness of this period in recent history. It is truly a saga of the beginning of the modern technological age and the beginnings of all the things smart-phone users take so much for granted today. Valley of the Boom first premiered on National Geographic on January 3, 2019.

Valley of the Boom Cast: Who’s in it?

Valley of the Boom is a limited series which takes us back to the birth of the Silicon Valley and into the dot-com bubble and eventual crash. It looks at some of the quirky, crazy, talented, lucky, or plain artistic characters who were the architects and players of the rise and fall of tech and its eventual resurrection. Show creator Matthew Carnahan is joined by Tamra Davis, Gary B. Goldman, and others to bring to life this tumultuous time of change and discovery.

Valley of the Boom Plot: What is it about?

Valley of the Boom dramatizes the ‘90s tech bubble with a mix of interviews with the biggest winners from back then, who are still around, but it mixes things up with the unconventional use of actors to play many of the parts; actors who often speak to the viewer, who play composite roles, or do other not-so-conventional TV series things indulge in rap battles, puppet dances, and flash mobs

The series mainly examines three of the most popular internet-based companies of the time. Netscape was one of the first net browsers. A predecessor of the Explorers, Chromes, and Firefoxes we have come to know and love. The goal, then, as now, was to make the internet accessible for home, and to make it easy for the home computer to navigate the net with a modem. The Globe was another company the series looks at. One of the earliest attempts at a social networking site, it could easily be called the grandfather of Facebook. Pixelon was a streaming digital video wannabe trying to do what is so much a part of anyone’s online experience these days. Another important feature of the series is the focus on SFGirl.com which was a proto-blog site.

It gives us backstage passes to the stories behind the technology revolution. It is a scripted drama, with many twists and unexpected turns, and driven more by characters than events. This is not just a boring retelling of the creation of millions of lines of code or a technical examination of the economic forces that caused the collapse of the next el-dorado. It is a strange, quirky, innovative show which showcases unprecedented technological advancements and money making madness from the inside. The real players of the tumultuous events, the interviewees on the show, have some wistful nostalgia in their recollection of the time, which combines with the immediacy of the actions portrayed by the actors. This backwards and forwards crosscut makes the series more interesting than a conventional documentary.

Nat Geo’s Valley of the Boom isn’t classifiable as any single genre and does not follow the usual and oft used narrative devices that we are accustomed to. There is ample breaking of the fourth wall, with actors and characters both speaking directly to the audience, impromptu breaking out in song and dance, and other devices borrowed from theatre or just thought up in order to mix things up. The story of the boom and bust of the dot-com bubble, the insane gold rush to make millions (which many people did) overnight, and the incredible high of discovering endless possibilities on the new thing called the “internet” that no one could have imagined before, is told in a whole new way.

Matthew Carnahan said in an interview “I started with those three stories, and the disrupting of traditional narrative began with the notion of mixing up the scripted and unscripted. …  in all the stories there are these odd moments when the character’s against the camera. They are obviously breaks. There are surreal elements. There are breaks with reality.”  A major step forward was also the telling of the story of the SFGirl history. “it’s interesting, and I think poignant, and horrible, that the female story was pretty much forgotten. Patty Beron’s SFGirl website is like such a footnote in all of this. …we realized she was the complete outliner. She was the pioneer of social marketing, social media. She really, really was out in front of it.”

Valley of the Boom Season 2 Release Date: When will it premiere?

Season 1 of the show premiered on National Geographic on January 3, 2019. As far as the next season goes, we don’t have an official announcement yet. Though considering the uniqueness of the show, we would be surprised if it doesn’t get renewed. Our best guess is that if the show does get renewed, Season 2 of Valley of the Boom can release sometime in January 2020. We will update this section as soon as we hear more.

Valley of the Boom Trailer: