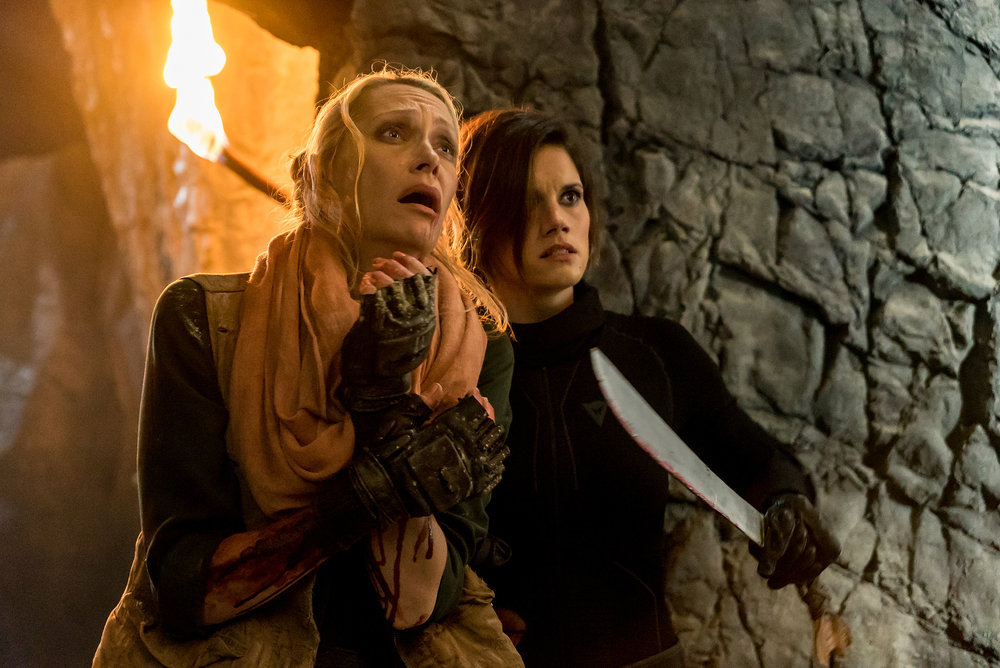 Van Helsing, the vampire-themed dystopian series is back and will soon premiere. The series had done fairly well with its last couple of seasons and has garnered positive reviews. The action, the set, the costumes and the acting have all added to the experience of the show. We can be very much assured that season 4 will not fail to entertain the fans as the creators have worked hard to create a great follow up to the last three seasons. So, stay tuned.

Van Helsing Cast: Who is in it?

Kelly Overton plays the lead role of Van Helsing who wakes up in this dystopian world of vampires. Jonathan Scarfe stars as Axel, the military man who stayed strong during adversities. Christopher Heyerdahl portrays the role of Sam. Missy Peregrym plays the role of Scarlett Harker, a lethal weapon against vampires. Laura Mennel appears as Rebecca. Rukiya Bernard, Alex Paunovic, and Paul Johnson star as Doc, Julius, and Dmitri respectively.

Van Helsing Plot: What is it about?

Since there hasn’t been much information at this point, what we know about season four is mostly speculations and connecting certain dots. We can try and get some idea about the upcoming instalment if we look at certain plot points and cliffhangers introduced in the previous seasons. One thing we can be sure of is that certain characters’ motivations are going to change.

Things aren’t the same as they used to be. In the first two seasons, we see Vanessa chasing vampires to find her daughter so that she can turn her back into a human. But now that her daughter is dead, what motivates her? This formes the basis of season 3.

The creators have announced that ‘Blood will be spilled’ and ‘Characters will die screaming.’ It was also confirmed that the characters will be going on certain new adventures.

With season 4, the show “will delve deeper into the iconic lore of the vampires and their ultimate goals for this world. New villains will rise along with unexpected heroes joining the fight,” Jonathan Walker said. “Having been in the writing room on Van Helsing since season one I’m excited to take the reins as showrunner from Neil LaBute. We have a fantastic build planned for this season and I’m thrilled to share it with our dedicated fans.”

Van Helsing Season 3 Release Date: When will it premiere?

Van Helsing Season 3 premiered on 5th October 2018. We have excellent news for fans of Van Helsing. The fourth season of the show has been confirmed and might get an air date for late September or early October 2019. Showrunner Neil LaBute will transfer his duties over to Jonathan Walker who will overlook the 13 new episodes that are scheduled to air in 2019.

Wait for an official confirmation from the creators regarding the fourth season’s air date. It will be updated in this section so, stay tuned!

There is still time for the fourth season to get a trailer or a promotional video. In the meantime, watch the trailer of the third season below and keep checking back with us.