When Will Van Helsing Season 5 Premiere on Syfy? 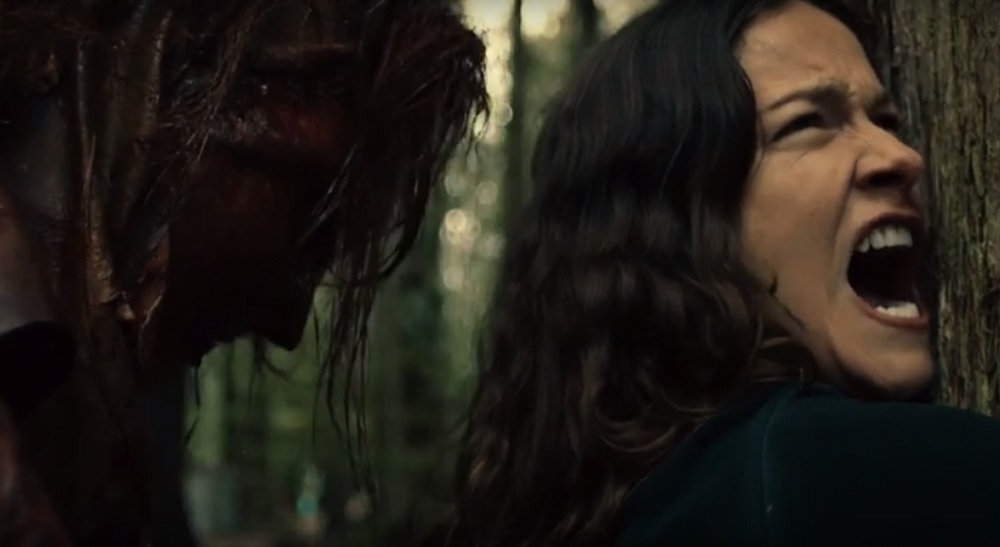 Abraham Van Helsing, the notorious archenemy of Count Dracula, needs no introduction. We are all reasonably well acquainted with him, be it through the series of novels he has been featured in, or the many popular films. This includes 1958’s Dracula, 1979’s Dracula, 1992’s Bram Stoker’s Dracula, Dracula 2000, 2004’s Van Helsing, etc. that were produced based on the same story of Van Helsing hunting and killing the Dracula.

The American-Canadian fantasy horror drama television series, Van Helsing, however, takes a different turn. In fact, it doesn’t feature the quintessential Van Helsing at all! This show is set in the near future, where vampires have taken over the world. The series’ titular character is Vanessa Van Helsing, a descendant of Abraham Van Helsing. She sets off to hunt vampires, just like her forefathers.

The vampire-themed dystopian series on Syfy is created by Neil LaBute, an American playwright, film director, screenwriter, and actor, best known for his play, In the Company of Men, which he later adapted to a film. The concept of the series is inspired by the Zenescope Entertainment’s graphic novel series, Helsing.

The show first released on July 31, 2016, on the NBC-Universal channel (for science fiction and horror fantasy TV shows), Syfy. Well, to be specific, the pilot released on the 31st, which was, however, followed by the series premiere on September 23, 2016. The show has seen four successful seasons since then. But will there be a Van Helsing Season 5? Let’s find out.

Van Helsing Season 5 Release Date: When will it premiere?

As far as the next season goes, we have bitter-sweet news for the fans. On December 17, 2019, Syfy renewed Van Helsing for a fifth season but also announced that it will be the final season of the show. A new batch of 13 episodes will return in 2020 to close out the story.

“We are thrilled to be able to bring the amazing Van Helsing saga to a close,” Chad Oakes, who executive produces the series as co-chairman of producers Nomadic Pictures, said a statement. “This could not have been done without the support of our incredible cast, crew, Syfy, Netflix [which pays to stream the series] and Super Ecran.”

No precise release date was revealed in the announcement, but going by the trend of premiere date of previous seasons, it is almost guaranteed that Van Helsing Season 5 will come out sometime in October 2020.

Van Helsing Cast: Who is in it?

Kelly Overton plays Vanessa Van Helsing, a descendant of the fictional vampire hunter Abraham Van Helsing. Kelly is quite a popular face on TV, who has played many singular roles since 2000.

Canadian film and television actor, Jonathan Scarfe plays Axel, a former Marine, who is devoted to protecting Vanessa. Christopher Heyerdahl, another Canadian actor, plays Sam, a deaf survivor of the Rising, who is revealed to be a serial killer haunting the other survivors. Vincent Gale plays Flesh, a vampire who was sent to bite Vanessa.

A Seattleite medical examiner and scientist, Doc (whose real name is Sarah Carol) is played by Rukayi Bernard. The ancient, high-ranking vampire Rebecca, is played by Laura Mennell. Rebecca despises humans and sees very little use in them.

Dmitri and Julius, who are the leaders of the vampires, are played respectively by Paul Johansson and Aleks Paunovic. Johansson is a fabled face on the TV. He is well known for his Dan Scott in the series One Tree Hill. The series also casts several other recurring characters such as Hannah Cheramy as Vanessa’s daughter, Dylan; Jennifer Copping as Quaid and Ben Cotton as Campbell, both members of the Portland Human Resistance. The series also stars Gia Crovatin and John DeSantis. Tricia Helfer, Richard Harmon, Nicole Munoz, Keeya King and wrestling star, The Big Show were added to the show for season 4.

Season 5 is expected to see all the original lead cast members reprising their previous characters. SyFy has not announced any new star additions yet. We will add the information to this section as and when we receive an update.

Van Helsing Plot: What is it about?

The series is set in the near future when the world is usurped by the rise of the vampires.

A descendant of the legendary vampire hunter, Abraham Van Helsing, Vanessa, wakes up from a 3-year long coma. She is humanity’s last hope, as her blood composition, supposedly gives her the ability to turn vampires into humans. For this very reason, she becomes the primary target of the vampires. She is protected by a Marine, devoted to protecting her, and the doctor, who saved her in the first place so that she can lead a guerilla against the vampires.

She travels far east, where she is reunited with her long-lost sister, Scarlett, who has been trained to kill vampires since her birth. Vanessa and Scarlett then, continue to hunt for the original vampires, called the Elders.

In season 4, Col. Nicholson, in order to get medical help for Jack and Violet, takes Axel and Julius to the Sunshine Unit — a covert unit that researches cures for fighting vampires. When the crew arrives, they find that the place is filled with a weird kind of orange dust, corpses of Daywalkers, and a live Daywalker who is extremely powerful. In the battle that ensues, Nicholson dies and Axel and Julius receive deep wounds, which don’t heal.

We are then taken to the past via flashbacks where we follow Jack and  Violet when they had reached the Dark Realm and was confronted by Dracula — who said that Hansen manipulated them. Jack gave in to Dracula’s lies and in the current era, Jack is, in fact, Dracula — who aims to assassinate the President. In order to stop the inevitable, Ivory frees Violet and they team up to prevent Dracula from escaping. But they are shot down by troops and in the end, Jack is alive in the Dark Realm but locked in a coffin.

Season 5 is expected to pick up the story from this cliffhanger ending and give a satisfactory conclusion to all the hanging threads from the previous season.

Check out the Van Helsing season 4 trailer below.