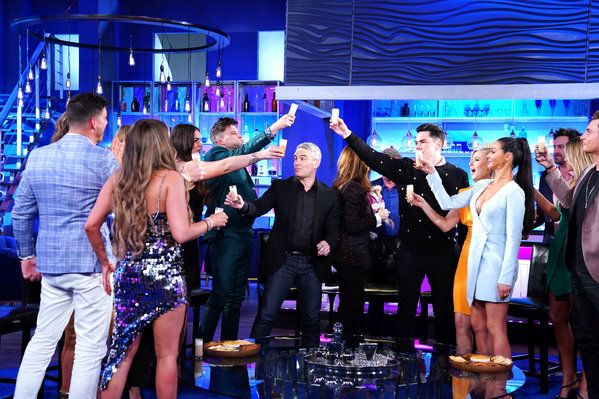 ‘Vanderpump Rules’ is yet another of Bravo’s character-driven reality shows, which is set against the backdrop of SUR, a luxe restaurant owned by ‘Real Housewives of Beverly Hills‘ alum, Lisa Vanderpump. It chronicles the dramatic lives of the crew who are employed in SUR (Sexy Unique Restaurant).

‘Vanderpump Rules’ debuted with its eighth season on January 7, 2020, and recently finished airing episode 3 this week. Now, if you are already done watching whatever ensued in the last episode, you must be wondering what lies in store in the next week. Read on to know everything about the upcoming episode — i.e ‘Vanderpump Rules’ Season 8 Episode 4 release date, streaming details, time, and what has happened so far.

Vanderpump Rules Season 8 Episode 4 Release Date: When Will It Premiere?

The official synopsis for the fourth episode goes like this: “When the group heads to Miami for a wild bachelor/bachelorette party weekend, Beau confronts Sandoval for attacking Stassi at her book signing. Meanwhile, Ariana accuses Schwartz of not pulling his weight at TomTom, and Brittany has a meltdown triggered by an unexpected reminder of Jax’s infidelity. Back in Los Angeles, Lisa Vanderpump conducts her own investigation into what went wrong at TomTom, and Dayna turns to Lisa for advice on how to handle Scheana.”

You can also catch a sneak peek here.

In ‘Next Level Rage Texts’, we meet Stassi sho discusses her book with her brother that will describe how she lost her virginity. We are also introduced to newcomer Charli, who reveals she has never touched pasta in her life because, well, it makes you fat.

Assistant manager Danica is on one-week probation after physically assaulting Brett and is waitressing in shifts. Scheanna is in tears because Max has been saying that she is guy-crazy. The bros from SUR have a chat and discuss Scheana, who texts Dayna’s man at that very moment. Surprisingly, she asks Max out on a date after having complained about him to Lisa.

Sandoval then chooses a different topic, shifting the focus to Stassi’s book-launch event. In the next scene in Tom Tom, Schwartz is seen conversing with Stassi about her upcoming party. Scheana drops by and wants to talk to Max. She strangely asks him to stop dating Dayna.

Lisa, meanwhile, reads some excerpts of Stassi’s book to Ken. She also reveals that she won’t be present for the event as she will be flying to Boston. The scene then shifts to the morning of Stassi’s party where she learns that she does not have any bartenders because Sandoval and Schwartz would not be bartending for her.

The party begins and Stassi reads some embarrassing parts of her book to her gathered audience. In SUR, Scheana confronts Dayna about not wearing a bra to work. On the other hand, Sandoval complains to Ken about Stassi, with the latter saying that he will have a word with Lisa and have her thrown out of SUR.