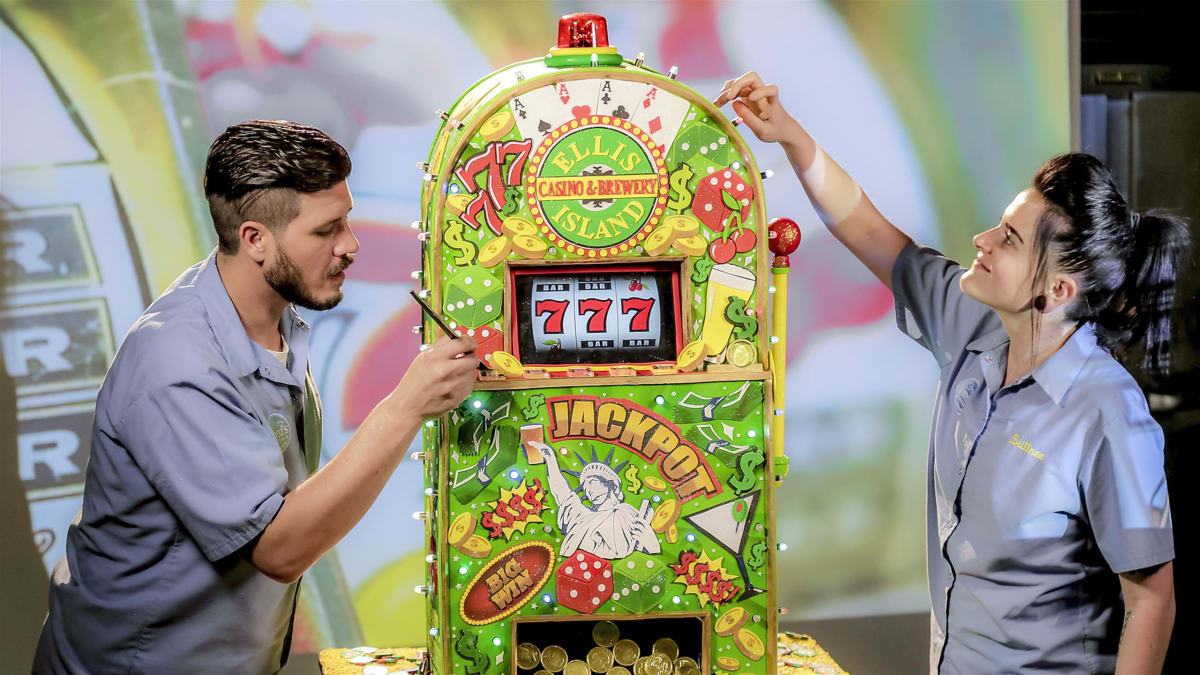 ‘Vegas Cakes’ is a reality series that first premiered on November 5, 2017, on Food Network. The show features Freed Bakery, a highly popular and renowned bakery in Las Vegas. In every episode, the bakery creates extravagant cakes in shapes and sizes that are larger than life and extremely beautiful.

The cakes are customized as per the customers’ wishes and you can rely on the bakery for any and every occasion. Freed Bakery has been in business for around 60 years and has been handed down for three generations. Milton and Esther Freed were the ones to establish the business back in 1959 and the establishment has been voted as the ‘Best of Las Vegas’ for the past thirty years.

The show is not a reality competition, which means there are no contestants, grand finale and prize money. That being said, the show can get extremely intense as all the cakes are baked and crafted to perfection.

After two successful seasons, fans are wondering whether ‘Vegas Cakes’ Season 3 is in the works. We delve into that after walking you through the show’s details.

Vegas Cakes Cast: Who’s in it?

The main cast of the show includes the team of Freed Bakery. Max Fried is the general manager of the bakery. Anthony Fusco is the head baker. Sarah Fusco serves as the operation manager, Raul Hernandez is the lead pastry chef, Brittnee Klinger is the cake decorator along with Sonny Robinson and Aubrie Virgin. Emilia Fried is the accountant.

Vegas Cakes Plot: What is it about?

The show starts off with the bakers with creating a three-foot-long custom car cake, a beautiful and enchanting unicorn cake and a dessert piece that is an amazing mash-up of junk food and healthy items. Cirque du Soleil’s production of KA is all set to celebrate its 6000th performance and the special occasion needs a very special cake.

While the team creates an epic cake, Max is a tad bit worried about the delivery. As soon as they are done with it, they receive another big order. The Las Vegas 51’s is a popular local baseball team and the Freed Bakery has to bake them a baseball-themed cake, which is unlike anything they have ever seen before.

The team is busy creating a tiger cake when they receive a last-minute order for a wedding cake. The Freed Bakery has made its reputation over the years for not just baking and designing amazing cakes but creating them under extreme pressure and deadlines.

In one of the episodes, the team creates a massive dress cake for a bridal shower. Not just that, they create one of the largest boat cakes they have ever created to commemorate the anniversary of the Titanic’s discovery. If you think tacos are not dessert, think again. By the end of Season 1, the team delivers a taco cake, a Frankenstein cake for a theater premiere, and a mascot cake.

In Season 2, the audience witnesses cakes that are bigger and better. The team creates a village of fairies and the details are so fine and intricate that Aubrie needs magnifying glasses to decorate it. They also create a Groundhog cake so big and heavy that Max needs a forklift to deliver it.

In one of the episodes, The Las Vegas Golden Knights team makes an order for a large hockey-themed cake for their fans. The Freed’s team makes a cake with an uncanny resemblance to that of a pinball machine. Britnee makes a gorgeous rainbow-mermaid cake to surprise a little girl on her birthday.

Mama Maria is a renowned Italian chef, and on her 101st birthday, Britnee makes a re-creation of an Italian feast. It is so realistic, that the chef herself cannot guess the difference between Britnee’s creation and that of her own. By the end of the season, the team makes one of their most difficult cakes ever – an eight-foot-tall floating enchanted castle.

Vegas Cakes Season 3 Release Date: When will it premiere?

‘Vegas Cakes’ Season 2 premiered on April 2, 2018, on Food Network. The season was spread across 13 episodes and the last episode released on June 25, 2018. The cakes that are made on the show are unlike anything we have ever seen before.

The Freed Bakery takes care of each and every minute detail as well as the finishing, and the end result of every creation is par excellence. If you are a baker, love baking or simply love creativity and aesthetics, you are going to love this show for sure.

Though there has been no official announcement regarding the renewal of Season 3 yet, we are sure the new season will premiere very soon despite its delay. The show has been very well received by the audience, especially in Vegas, and we believe that ‘Vegas Cakes’ Season 3 is likely to release around June 2020.

There is no official trailer for ‘Vegas Cakes’ Season 3 as of yet. Though, in the meantime, you can catch a glimpse from Season 2 below.