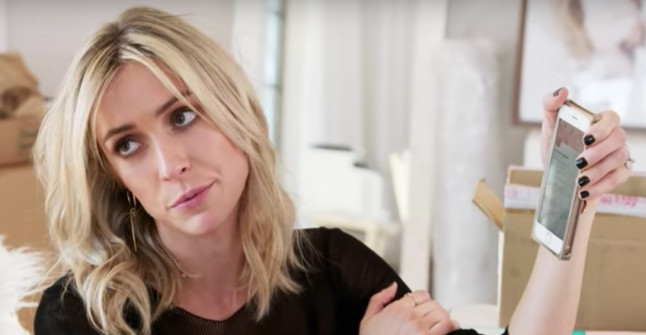 ‘Very Cavallari’ Season 3 premiered last week on a very emotional note. The former ‘Laguna Beach’ and ‘Hills’ star is seen tackling the fallout between her and BFF Kelly Henderson because of rumors surrounding the latter and Kristin Cavallari’s hubby Jay Cutler.

We did see a lot of the celebrity stylist and glam specialist, Henderson, in the last seasons. As far as season 3 is concerned, Cavallari said that it is going to be a tough ride. She stated: “Season 3 is definitely very emotional and for different reasons throughout the whole season. The season starts off and you see … this downfall that I have with a girlfriend. It was heartbreaking at the time and it’s heartbreaking for me to go back now and almost relive it. So that’s been tough.”

Well, this week’s episode finally features a sit-down between the two long-term friends — not together but individually with a mutual friend. We will come to that but meanwhile, fans who are already done with the last episode are craving to know the whens and whats of the upcoming episode that will air next week. Here’s everything we know about ‘Very Cavallari’ season 3 episode 3.

Very Cavallari Season 3 Episode 3 Release Date: When Will It Premiere?

The synopsis for episode 3 goes as follows: “While trying to balance work and family, Kristin mourns her failed friendship with Kelly and seeks advice from an astrologer that specializes in relationships.”

Check out the clip below, which gives a short glimpse into what lies in store in episode 3:

What can an astrologer say about Kristin’s relationship with Jay? Find out Thursday on #VeryCavallari! pic.twitter.com/jv4TATZHrn

You can watch the latest episode of ‘Very Cavallari’ if you have a cable connection, by tuning in to E! at the above time slot. You can also watch the released episodes online by logging into E!’s website or even on the official NBC platform.

There are a number of other ways to live-stream the season, such as on Sling, Fubo TV, YouTube TV, and Direct TV. Episodes are also available for purchase on Amazon Prime Video.

Kristin Cavallari and ex BFF Kelly Henderson’s beef is the primary focus of episode 2. After a long wait, we finally see Kelly on-screen, in a face-to-face talk with a mutual friend and colorist, Justin Anderson. She starts off by saying: “Driving over here I was so emotional. I’m like already crying. First of all, I was super blindsided. I had no idea she was even mad at me. I was personally living my life and trying to clear some things out on my own of just myself, this has nothing to do with her, I don’t think even I knew what was going on.”

Apparently, Kelly had texted Kristin about the upcoming season, only to get a reply message that was not very nice. As far as the rumors involving Jay goes, Kelly explains that she never cared about such stupid stuff. She then says she needs to “take a time out” and walks off without even saying goodbye to Justin.

Kristin next meets with Justin and after hearing Kelly’s side of the story, explains: “She won’t return my text messages” ….. “She literally didn’t say one thing to me except for one text message asking if I’ve spoken with producers for ‘Very Cavallari.'”

To cut a long story short, the feud does not get solved in this episode either. We guess, we have to wait for the next episode to see how the fallout unfolds as they both meet separately with a mediator.