Very Cavallari S03 E07: All the Details You Need to Know 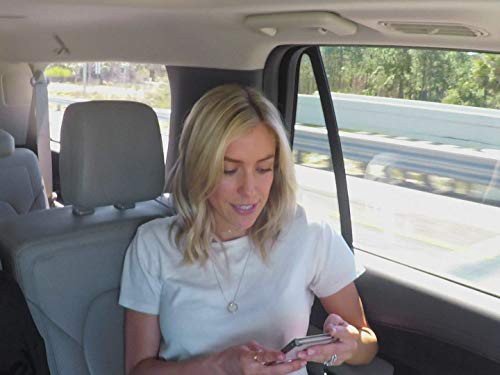 In fact, in the last episode, she wanted to take a step back because she has too much on her plate. However, the love and support of fans made her decide to carry on in this manner. Naturally, you might be wondering about what goes down in the latest episode. We are here to tell you that and walk you through when and where to watch the upcoming episode.

Very Cavallari Season 3 Episode 7 Release Date: When Does it Premiere?

‘Very Cavallari’ Season 3 Episode 7 is slated to be released on Thursday, February 20, 2020, at 9/8c on E!. Titled, “Red Carpet Ready”, the episode sees Kristin going to LA for the Emmys, with Jay by her side. When Stone reappears in Brittany’s life, she questions everything with PJ.

‘Very Cavallari’ can be seen on E!, or you can head to the NBC site or E!’s app to stream the latest episodes. Cord cutters have several options made available to them, including Fubo TV, Direct TV, YouTube TV or Sling TV. Some of these platforms provide free trial periods as well. Amazon Prime subscribers always have the option of buying and streaming the latest episodes.

Episode 6 sees ‘The Hills‘ stars going to Nashville to catch up with Kristin. The visit is well-timed, as the latter seems to be having a hard time after the fallout with Kelly Henderson, her ex-BFF. In a confessional, the Uncommon James mogul notes how much she needed the girls’ time, and how she had been in touch with Heidi and Audrina.

The women get to talking, taking a walk down the memory lane, from their time on ‘The Hills’. Audrina and Heidi get a kick out of seeing Kristin actually living on a farm in Nashville. The girls decide to set Audrina up with a ‘honky tonk man’, and head out to a local bar.

While this might feel a lot like the old days of ‘The Hills’, they actually do not get too wild. After popping some champagne, they try and get a ‘modern cowboy’ to spend time with Audrina. Initially, mortified, she ends up having a good time with the dashing stranger.

Heidi too, dances her heart out on the stage, which makes for a rather fun night, altogether. However, there is some drama, which is typical of a reality show. Audrina tells Kristin that a guy approached her outside the bar and weighed in on the Kelly and Kristin drama. Although he was team Kelly, Audrina stood up for Kristin, from what she tells her. Obviously Kristin feels validated by this and is glad for the support.