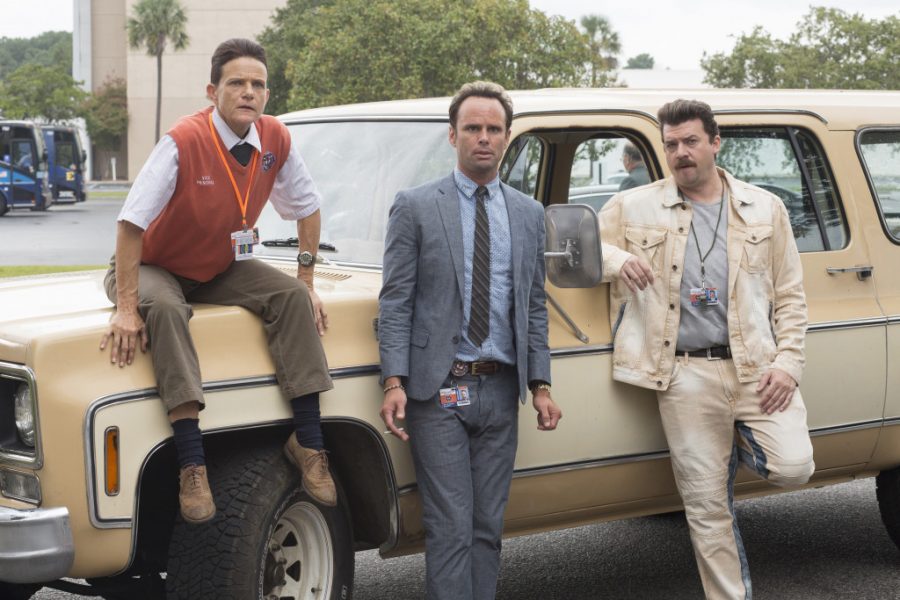 Danny McBride has a weird sense of humour that seems to make most people laugh. Vice Principals is an American comedy television series where the star, along with Walton Goggins, Kimberly Hebert Gregory, Dale Dickey, Georgia King, Sheaun McKinney, Busy Philipps and Shea Whigham. Danny McBride is also one half of the creator of the show with the other being Jody Hill. The series was telecasted by HBO in May 2014. A total of 18 episodes was agreed upon, with the series being split into two seasons. The shooting of the series commenced in 2015 and ended in mid-2016. The show premiered on July 17, 2016. The second and season premiered on September 17, 2017, and ended on November 12, 2017.

Vice Principal of North Jackson High school is someone who is very ill-tempered, strict and disliked by most. As the principal is due to step down, he has eyes set on taking his place. However, the principal (played by Bill Murray) makes it clear that he neither trusts Gamby nor co-vice principal Lee Russell (Walton Goggins) and recommends that they shouldn’t be given a chance. This makes the outsider Dr Belinda Brown (Kimberly Hebert Gregory) the new principal.

Gamby tries to get the school employees to veto the appointment. But Brown makes a quick impression with the staff that makes her their favourite. Gamby and Russell conspire to tarnish her reputation and replace her on the chair. Every effort they make fails miserably, resulting in making them even more distant from their co-workers.

Vice Principals was cancelled after season 2. It was a predetermined course for the series that resulted in its end after season 2. The producers felt it would be foolish to repeat the feature film season after season and ended the show where it was set to end from the beginning.

“Before the cameras started rolling on the first episode, we had no ambition to ever do anything outside of [these 18 episodes]. But I got along with all these people so well, and I had such a good time [making the show] that I have since thought, “What would I do if we continued it?” It might happen someday. But we really set out to kind of do something different with television. We approached [Vice Principals similar to] how feature film directors approach movies; it’d be foolish to make the same feature film over and over again… Ultimately, [the show] was made to be seen as one [nine-hour movie]”, said Danny in an interview.

The first season of the show received mixed to positive reviews from fans and critics. However, the second season got a more positive response from all quarters. Rotten Tomatoes gave season 1 a rating of 64%, based on 39 reviews. People felt that its mean-spirited humour missed its mark at times. Metacritic rated the show with a score of 56 out of 100, based on 31 critics, which puts it more in line with “mixed or average reviews”. Season 2 has a 100% rating on Rotten Tomatoes with an average of 7.0 out of 10 reviews.