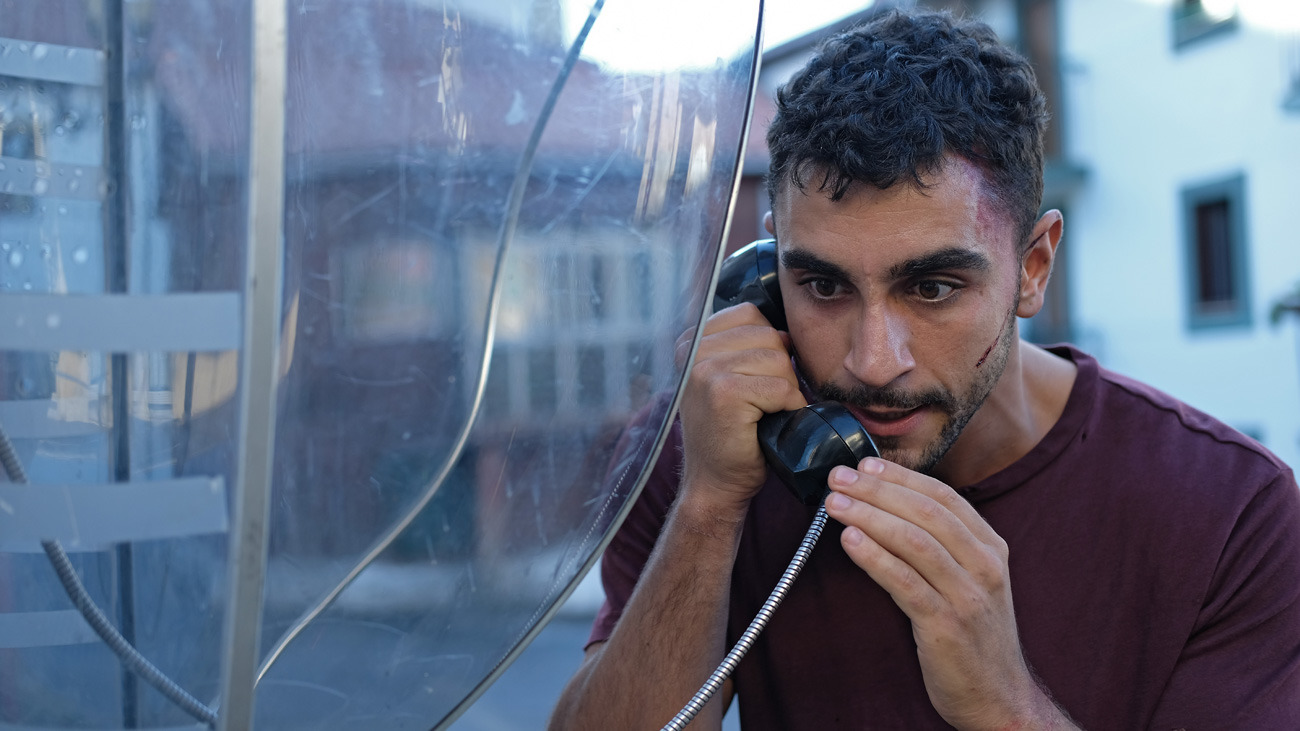 Netflix continues its successful affair with Spanish stories by bringing Spanish shows every once in a while. Continuously experimenting with the content that has moved from stories about drug cartels to elaborate heists, the streaming service’s Victim Number 8 follows the aftermath of a terrorist attack.

The show explores the lives of the villains and the victims with equal measure, so much so that after some time, the lines between them blur. No one is free of guilt and everyone is angry. It is the reaction that separates the good from the bad. Created by Sara Antuña and Marc Cistaré, ‘Victim Number 8’ is produced by Globomedia, Telemadrid and ETB, while Netflix handles the international broadcast.

Victim Number 8 Cast: Who’s in it?

‘Victim Number 8’ stars César Mateo as Omar Jamal Salama, a young man who is sent on a run for his life after he is accused of the terrorist attack that claims the lives of seven people in Bilbao. Mateo is known for his work in ‘B&B, De Boca en Boca’ and ‘El Accidente’. Verónika Moral plays the role of Koro Olaegi, the head of the task force assigned to capture Omar and bring the case to an end. Olaegi is pregnant, but that doesn’t stop her from effectively carrying out her job. Moral is a well-known face on Spanish television and has been a part of TV shows like ‘Companions’, ‘Far from the Sea’ and ‘The Bride’.

María de Nati plays the role of Edurne Aranguren, Omar’s girlfriend, who has been missing since the day of the attack. She has also worked in ‘The Candidate’, ‘Todo Por El Juego’ and ‘Monica Chef’. Farah Ahmed plays the role of Adila Salama, Omar’s mother, who is concerned about her son’s life after she sees that the cops have directed all their resources towards his capture. She is worried that they have found the “favourable” culprit in him while the real attacker walks free. Additional cast includes Iñaki Ardanaz as Gaizka Azkárate, Lisi Linder as Almudena Ortiz Cano, Khaled Kouka as Ibrahim Jamal, Oscar Zafra as Juan Antonio and Jesus Ruyman as Commissioner Muguruza, among others.

All the major cast members are expected to return if and when the season 2 is commissioned.

Victim Number 8 Plot: What’s it About?

‘Victim Number 8’ begins with a terrorist attack. In the city of Bilbao, a devastating event claims the lives of seven people. One victim is admitted in the hospital, as the family prays for him to recover. Meanwhile, the investigation leads the cops towards a young Muslim guy named Omar Jamal. Tagged as a “lone wolf”, he fits the profile of a man who would be incensed to commit an act of terrorism. They try to arrest him but Omar senses their actions beforehand and flees. He leaves behind his mother who instantly becomes the centre of attention, once the media gets a whiff of Jamal’s involvement in the case.

Due to his religion, it doesn’t take time for the public to turn against him and media paints him just as the people of Spain want to see him. His mother, on the other hand, refuses to believe that her son could have taken the lives of others. She wants to know the truth as much as anyone else, but is also scared for Omar’s life, because she believes that once he is within the reach of the police, they will shoot first and ask questions later.

Koro Olaegi, the head of the task force assigned to deal with the case, thinks otherwise. She suspects Omar, but she is also open to any other possibilities if the evidence suggests so. The case fills her life with the tense moments, which is the last thing she wants in the final months of her pregnancy. Meanwhile, Omar’s girlfriend, Edurne, is on a quest of her own, and Kora thinks that she could be the key to get to Omar. The show also focuses on the lives of the families of the victims, delivering a balanced tale of characters where the segregation of good guys from the bad ones is not a simple task.

If the show comes back for season 2, it might continue Omar’s story and find ways to explore deeper into the racial tensions that divide this world.

Victim Number 8 Season 2 Release Date: When Will It Premiere?

‘Victim Number 8’ Season 1 premiered on Netflix on August 16, 2019. In eight episodes, this show builds a strong narrative around the stories of the victims as well as of the accused. The thrill of the chase for Omar is complemented by the continuous skepticism on his innocence. The audience sympathises with the families, who are trying to recover from the unimaginable loss they have been through; the viewers also receive equal exposure to the life of who should be the primary antagonist. The strong themes and crisp delivery make ‘Victim Number 8’ worth a binge.

The series has received applaud for touching on a subject that is so relevant to the society, yet hasn’t been frequently explored in Spanish television. Netflix’s association with the show and the universal appeal of the story will surely attract a great number of audiences towards it. The commissioning of the second season depends on the response that it receives. As of now, there has been no word on the future of the series, but Netflix does take some time to assess the value of a show before moving forward with it or scrapping it altogether. As soon as we receive further information on ‘Victim Number 8’ Season 2 release date, we will update this section.

‘Victim Number 8’ is coming out at a time when no part of the world is free of terrorist attacks, be it from external forces or from its own citizens. While its relevance is certainly a factor to entice you into watching it, the action and the thrill promised by it will ensure your entertainment. You can catch all episodes of the show on Netflix. Have a look at the trailer below to get an idea of what the series is like.