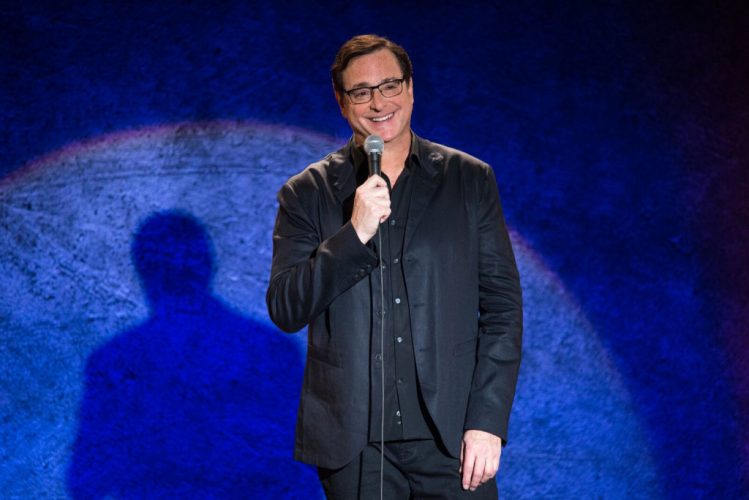 Videos After Dark is a video-clip comedy reality series that airs on ABC and first premiered on March 12, 2019. Created by Vin Di Bona, this spinoff of America’s Funniest Home Videos, features clips from Bona’s endless repertoire of home videos. The show is hosted by Bob Saget and is mainly targeted toward the grown-up audience. Vin Di Bona, Michele Nasraway and Bob Saget act as the executive producers of the show. Saget also features as the show’s writer — alongside Michael O’Rourke and Mike Young.

Videos After Dark Cast: Who is in it?

Videos After Dark features Bob Saget as host of the show. The renowned comedian has already starred in several famous TV shows such as Full House and America’s Funniest Home Videos. His stand-up comedy show — That’s What I’m Talkin’ About — had been nominated for the 2014 Grammy Awards. Apart from this, he had given cameo appearances in Entourage and The Aristocrats. You must have also seen him in the Netflix series Fuller House and he is currently all set to direct and star in his independent film Benjamin. His latest stand-up comedy series — Zero To Sixty — is currently available on Amazon Prime Video.

Saget was born on August 28, 1917, in Philadelphia. He had lived in California before returning to Philadelphia again, where he graduated from high school — after which he decided to pursue a career in films — with the guidance from his English honors teacher, who saw his immense creative potential. His first creation was a black-and-white film — Through Adam’s Eyes — because of which he received an award of merit in the Student Academy Awards in his college. Thus started his path toward success. His first big role was as Danny Tanner in Full House — the popular family show. Then he hosted AFV from 1989 to1997. The rest, as we all know, is history!

Videos After Dark Plot: What is it about?

Videos After Dark is an edgier version of its parent show — the more family-friendly AFV. It will mainly focus on clips showing real-life mishaps, uproarious blunders, and extremely bad decisions which are celebrated and highlighted with Saget’s comedic commentary, according to ABC.

Videos After Dark features clips, more suited toward the adult audience. These clips have been collected by AFV’s team over the years but were a bit X-rated to be aired at 7 PM, every Sunday, for the whole family. Therefore, these videos will now be aired on the half-hour-long episodes of Videos After Dark — which shall land at 10 PM every week.

However, Videos After Dark is not a replacement for the original AFV. AFV has been renewed for two more seasons — making it TV’s longest-running entertainment franchise — that first premiered in 1989.  According to Rob Mills, ABC’s senior VP of alternative, late-night, and specials, “‘AFV’ has been a fixture in households across America for decades, and we are so happy that this show still resonates. And now the generation that grew up with the hilarious Bob Saget as the host of ‘AFV’ is old enough to stay up past 10 p.m. to see him on ‘Videos After Dark.’”

Saget and Di Bona had actually been working around the idea of creating a more mature version of AFV over the past few years. Aiming for a nightclub-style feel with a studio audience, the show will be presented in the Manhattan Beach studios of AFV.

A slightly different approach with Videos After Dark is that it won’t be having any contests or prize money winners every week. Also, it won’t be marketed by relating it to AFV, in order to protect the latter’s family-friendly image. As per Di Vona, the team has a lot of material to present to its fans and surely, viewers shall not be left disappointed in any way.

Di Bona further added, “The show is basically built around Bob and his sensibility, his jokes — the one we know we’re going to be able to get on the air. We’ve already had meetings with (ABC’s) censors already, showing them the clips we have and for the most part, we’re getting their blessing.”

Speaking about the submission of videos, Di Vona said that most of the videos they receive on the website are shot on smartphones. This gives a vertical angle to the videos and hence the clips need a bit of tweaking to be featured on TV.

Videos After Dark Season 2 Release Date: When will it premiere?

Videos After Dark season 1 premiered on ABC on March 12, 2019 at 10 PM. As far as the next season goes, we don’t have an official announcement yet. Though considering its parent show has been running for more than three decades, we would be surprised if it doesn’t get another season. Our best guess is that if the show does get renewed, Videos After Dark season 2 can release sometime in March 2020. We will update this section as soon as we hear more.

While we wait for an update on season 2, check out clips of the show on ABC’s official website.