‘Vienna Blood’ S02: All the Details You Need to Know 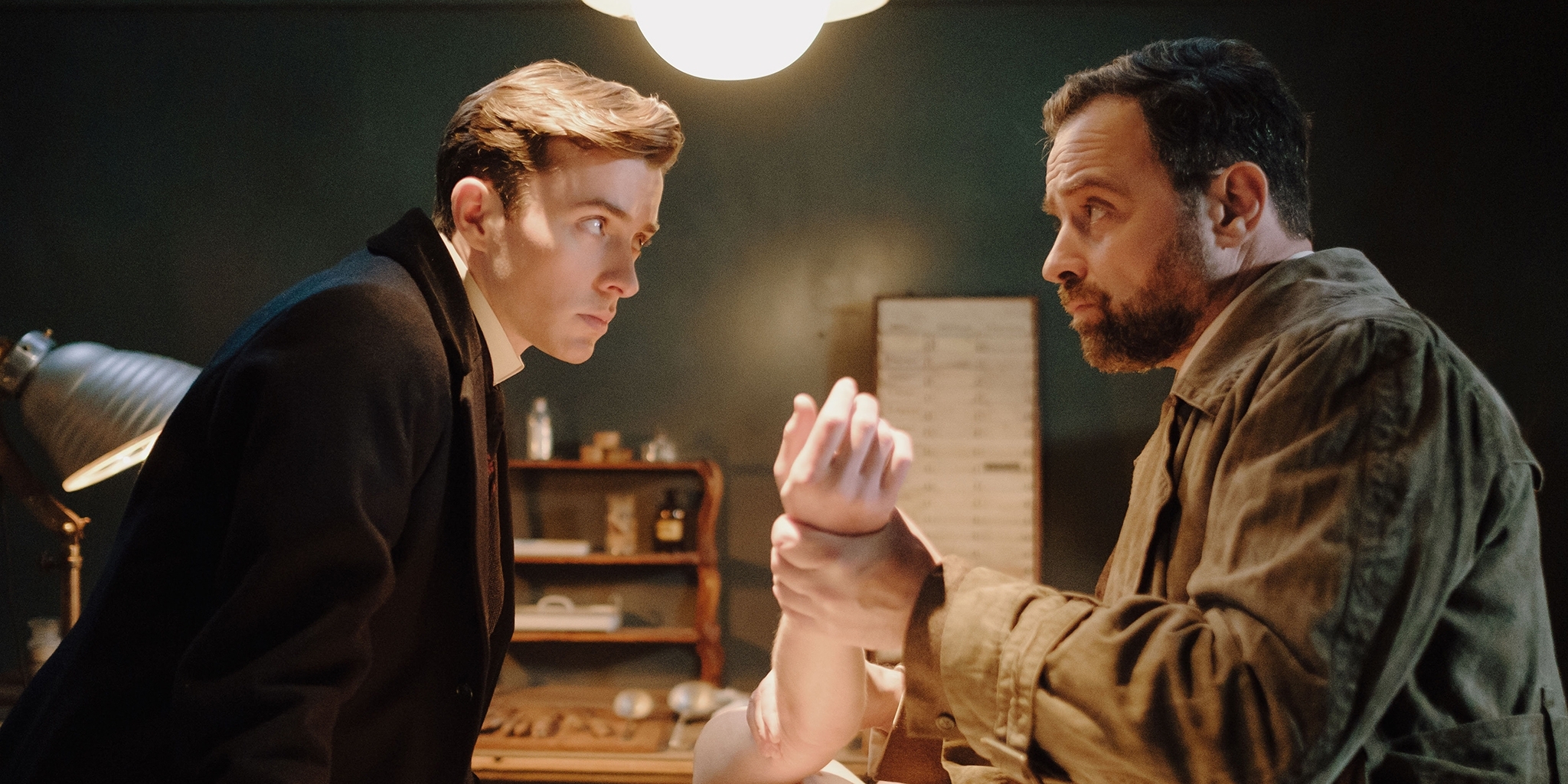 Since the door of 221B Baker Street is closed for now, we have found another one for you – ‘Vienna Blood’ is an Austrian/German crime drama that revolves around the lives of detective Oskar Rheinhardt and doctor Max Liebermann, as they try to solve a series of gruesome murders.

Based on the best-selling Liebermann novels (or papers) by Frank Tallis, ‘Vienna Blood’ has been adapted by acclaimed screenwriter Steve Thompson, whose remarkable works include ‘Sherlock’ and ‘Doctor Who.’ Academy Award and Emmy nominee Robert Dornhelm (‘Anne Frank: The Whole Story’) and award-winning director Umut Dag (‘Kuma,’ ‘Papa’), are at the helm of this mini-series.

The detective show was previously released in the UK in 2019, to mixed reviews from the critics. However, the show received rave reviews from the audiences and therefore, holds a 90% rating on Rotten Tomatoes. ‘Vienna Blood’ has been lauded for its compelling storyline, historical accuracy, costume and production design, the basic setting of the 1900s Vienna and of course the chemistry between its lead characters.

Season 1 landed in the US on PBS and was well-received by the American audience. Here’s all we know about ‘Vienna Blood’ season 2.

Vienna Blood Season 2 Release Date: When Will it Premiere?

BBC has not yet confirmed if there will be another season of ‘Vienna Blood’. However, if we consider the source material, season 1 adapts the first three novels from the 6-part Liebermann Papers book series by Frank Tallis. So there’s potential for the series to continue for at least another installment. If BBC decides to renew the show, ‘Vienna Blood’ season 2 will most likely premiere in November 2020 in the UK and January 2021 in the US.

Vienna Blood Cast: Who is in it?

Austrian actor Jürgen Maurer plays Oskar Rheinhardt, a tough and eccentric detective, with a troubled past. Oskar is desperate to solve the cases, to prove his worth to his superiors. Jürgen’s notable works include ‘Vorstadtweiber’ and ‘Tatort.’

Matthew Beard essays the character of Dr. Max Liebermann, a rathe-ripe man belonging to a rich English-Jewish family, one that owns a popular clothing megastore. Max is also a devoted follower of Sigmund Freud. Matthew is best known for ‘One Day’ and ‘The Imitation Game.’ The love-hate relationship between the mismatched detective duo is one of the best things about the show.

‘Game of Thrones’ alum Conleth Hill appears as Max’s father Mendel Liebermann, who despises his son’s line of work and is struggling with increasing nationalism and anti-Semitism. ‘Coronation Street’ alum Amelia Bullmore plays Max’s mother Rachel Liebermann, who takes pride in her son’s knowledge but doesn’t approve of his collaboration with the law.

Charlene McKenna joins the cast as Max’s older and sensible sister Leah Liebermann, a single mother who calls out her brother’s behavior with snarky criticism. Charlene is known for ‘Ripper Street’ and ‘Peaky Blinders.’ Jessica De Gouw plays the enigmatic English scientist Amelia Lydgate. Amelia is sharp-witted and spirited but takes consultation from Max for dealing with trauma from the past. Jessica’s appearances include ‘The Crown’ and ‘Arrow.’

If renewed, we expect the entire lead cast to make a comeback in season 2.

Vienna Blood Plot: What is it about?

Set in 1906 Vienna, ‘Vienna Blood’ begins with a reported suicide of a female medium. But there’s a catch. The woman is shot through her heart, but the police find that the woman’s room is locked from inside, and the case involves no gun, no knife, no bullets, just a suicide note. Plus, there are very few witnesses, therefore, not enough evidence to come to a conclusion. Naturally, the head of the police force hands over the case to detective Oskar Rheinhardt.

Dr. Max Liebermann, a student of psychoanalyst Sigmund Freud, is called in for inspecting the case alongside Oskar. Max possesses a fascination for the psycho-dynamics of the behavior of serial killers and psychopaths and wishes to expand his knowledge by observing real-life murders and killings. He applies the science of psychoanalysis to profile the killer of the woman.

Oskar initially looks down upon his new companion, finding his neuro-linguistic theories to be immoderate but upon implementation, the headstrong detective realizes that Max has got what it takes to help him crack the case. And just like that, a bromance is formed. But their constant bickering like an old married couple continues.

As the show progresses, it shares the vibe of ‘Sherlock’ and ‘Mindhunter,’ as its immersive storyline sucks the viewers into the case, making them co-detectives. ‘Vienna Blood’ is a borderline police procedural that uses the stereotypes of the genre and prepares a full-flavored concoction, for the fans of the genre.

Check out the trailer of ‘Vienna Blood’ season 1 below: