When Does Vikings Season 6 Episode 3 Start? 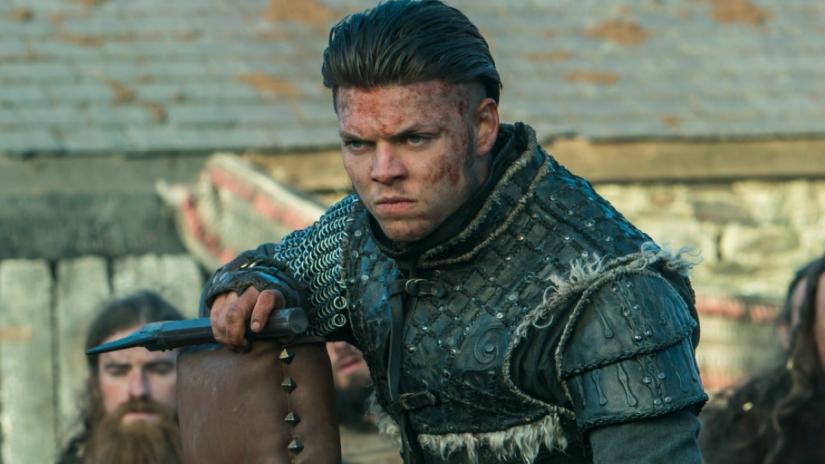 ‘Vikings‘ has been giving us history lessons in the most fascinating manner since the show started to air. It traces the rise of Viking Ragnar Lothbrok, who happens to be an incredibly famous Norse hero. We witness his saga as he rises from serfdom to a position of nobility, thanks to his many raids, which makes him a scourge in the eyes of countries like England. Over the seasons, we also get to see how some historical events in European history, during the Middle Ages, play out.

The new season, which is said to be the final one for the show, has been officially described, stating, “Bjorn Ironside has ambitions for the Kingdom of Kattegat, he dreams of peace and prosperity, but the fates have a different plan for the new King. A threat is looming, an enemy is resurgent–so much more ruthless than the rest. Lagertha too has dreams, to bury her sword and return to the simple life. But as enemy forces gather, Bjorn and Lagertha will rise to the challenge, because they are Viking heroes and can never surrender.”

Fans are in luck because two episodes of ‘Vikings’ dropped at the same time. However, before we recap those, let us tell you in brief where and when you can watch the third episode of ‘Vikings’.

Vikings Season 6 Episode 3 Release Date: When Will It Premiere?

Episode 3 has been titled “Ghosts, Gods and Running Dogs”. Notably, each new episode will air on Wednesday nights at the same time.

‘Vikings’ airs on the History Channel, meaning you need to have a subscription in order to watch it. However, if you do not have a cable connection, there is not much reason to worry. You can head over to the History Channel website and app, which gets the episode shortly after it airs on television. Of course, you need to pay for the services in order to watch it. Apart from this, no other streaming service will have ‘Vikings’ until the 10 episodes have aired.

Both the episodes ‘New Beginnings’ and ‘The Prophet’ help in setting up the new season. We see Lagertha beginning to withdraw from everyday politics, and conflicts, as she wishes to lead a quieter life, one that she knew before Ragnar Lothbrok’s wonderful ascent. Ragnar too is missing from the central story arc, and we get the sense that the series will now be about his legacy, as told through his son’s experiences. This brings us to Bjorn Ironside, who takes control of Kattegat, and Ivar the Boneless, who meets a kindred spirit in Russia.

Bjorn starts a new era, determined to prove that reason can trump fear and intimidation. With him coming to the forefront, Lagertha realizes the responsibility he must shoulder, deciding to seamlessly move to the background. Meanwhile, Ivar has fascinating interactions with Prince Oleg the Prophet. The two men assess each other, and their bravado is evident through the dangerous expedition they embark on. They seem to have a lot in common, as the first episode wastes no time in setting up plot points to be explored further.

The second episode draws multiple parallels in Russia that are bound to feel familiar to Ivar. We see him growing closer to Oleg, whose bloodthirstiness can rival Ivar’s. A coup is underway in Russia and Oleg’s family dynamics remind Ivar of his own. While the episode does not waste any time in setting up battles on multiple fronts, it focuses more on Russia than Kattegat. However, a new alliance seems to be emerging as Oleg is willing to help Ivar storm the shores of Kattegat. Meanwhile, Bjorn finds it hard to cope with the responsibilities of leadership, especially since he seems to have an eye for a young girl. It remains to be seen how he faces against the challenges headed his way in the upcoming episodes.