Vikings S06 E08: Everything We Know 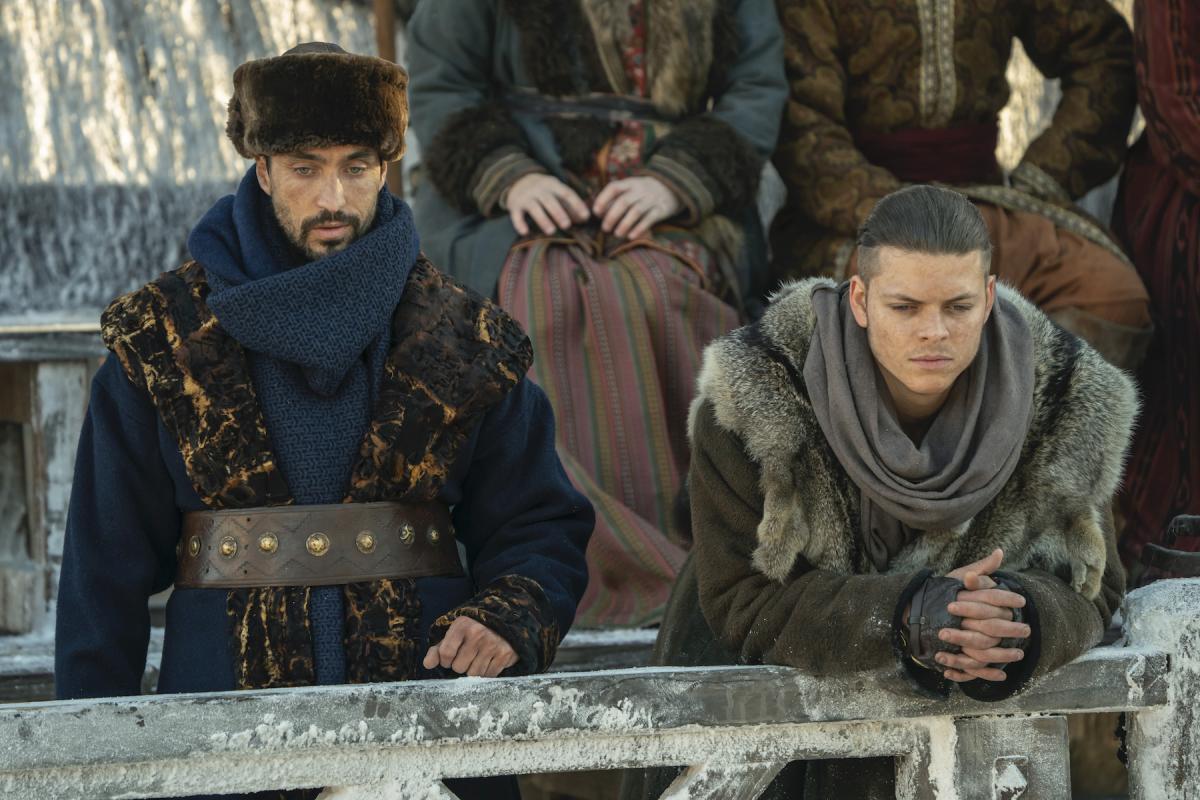 ‘Vikings‘ has only risen in popularity over time, for portraying the exploits of Norse hero Ragnar Lothbrok, who ascends from the position of a peasant, to become one of the most feared raiders, and the scourge for countries like France and England.

Over the seasons, we have shifted our attention away from Ragnar, as the show has become more about his legacy than his exploits. We follow the journeys of his sons, as they try and carve spaces for themselves in a ruthless world. ‘Vikings’ is currently on Season 6, which has shown us how Bjorn is not completely ready to take responsibility, while Ivar’s menacing alliance now seems deadlier for him than for his enemies.

Previous week’s episode sees the death of Lagertha, a well-loved and respected character in the show. She is killed by Hvitserk, one of Ragnar’s sons, in a fit of delusional frenzy. Thus the current episode picks up from there, and you must be wondering about what goes down in Episode 7. We are here to tell you that, right after walking you through where and when to see the upcoming ‘Vikings’ episode.

The episode has been titled ‘Valhalla Can Wait’, and sees Bjorn facing a tough decision. Oleg’s plans of invading Scandinavia take shape, while King Harald becomes baffled by a mysterious raiding party. Ubbe and Torvi will be seen leaving Kattegat, looking for new lands and old friends.

You can watch the promo for the upcoming ‘Vikings’ episode right here. With only two episodes remaining, the action is getting heated up. It appears that Kattegat is being targeted and the people must be rallied together if they are to stand a chance.

Episode 7, ‘The Ice Maiden’, aptly gives the characters and viewers some space to grieve Lagertha’s death. Once Lagertha’s body is discovered at the start of the episode, Torvi heads to Lagertha’s settlement, where even sadder news awaits her. If you remember, Hali, her son was killed in an earlier episode.

Ubbe is left alone to deal with Lagertha’s death and the inescapability of fate. Meanwhile, Bjorn is stuck in a ship for most of the episode, as he travels towards Kattegat. He does not know the news of his mother’s death yet but is inexplicably filled with grief. The connection between Bjorn and Lagertha has always been there since he chose to go with her instead of Ragnar when the two separated.

As funeral preparations are made for Lagertha, we see how much she meant to the community, with her messages of bravery. Just as all preparations have been made, Bjorn arrives and bids a teary farewell to his mother. The scene on the beach has a powerful monologue, with him acknowledging how she was his strength and guide.

Ultimately, Lagertha is given a proper Vikings funeral, and we witness how she is reunited with Ragnar metaphorically, in the afterlife. Overall, the episode becomes one of the most touching tributes to a well-loved character. With Bjorn promising to avenge his mother’s murder, it remains to be seen what happens to Hvitserk, whose silence saved him in this episode.

Undoubtedly, the clash between Bjorn and Hvitserk is coming in the upcoming episodes.