Vincenzo Episode 19: What to Expect? 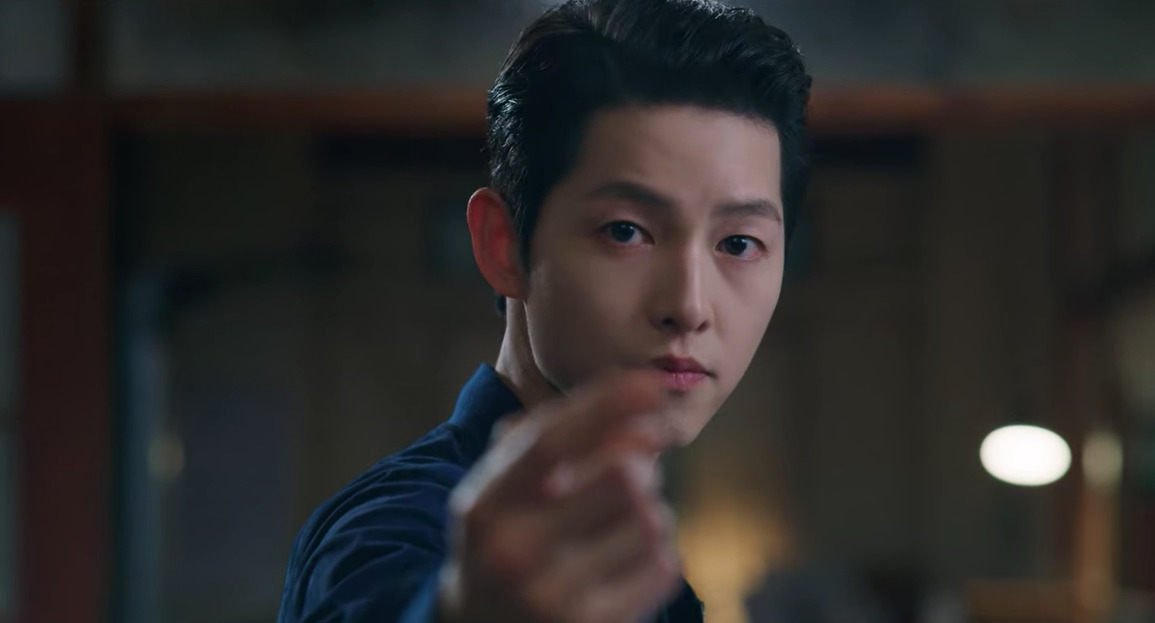 ‘Vincenzo’ is a South Korean drama series that revolves around Vincenzo Cassano, a Korean-Italian consigliere of the Mafia who goes back home to Seoul to retrieve a massive gold horde, only to get caught up in a fight against an evil conglomerate that’s bent on destroying the lives of countless citizens of humble means. Vincenzo knows that, sometimes, you gotta fight evil back with evil. Somewhere along the ride, the cold, calculating, and suave lawyer finds his humanity. ‘Vincenzo’ episode 18 brings the fast-paced story closer to the finale and you can read all about the episode in our detailed recap. We’ve also outlined what you can expect from the upcoming ‘Vincenzo’ episode 19.

‘Vincenzo’ episode 19 is slated to release on May 1, 2021, at 3 AM ET on Netflix. The show’s penultimate episode will release on the streaming service internationally after the television broadcast in South Korea. The finale will become available the next day on Sunday, May 2.

Where to Watch Vincenzo Episode 19 Online?

Global audiences can watch ‘Vincenzo’ episode 19 on Netflix as and when it becomes available on the streaming platform. The South Korean action drama starring ‘Descendants of the Sun’ heartthrob Song Joong-ki is currently only available to stream on Netflix, and active subscribers from all over the world can stream all the released episodes there.

In the last episode, Vincenzo tells Cha-young that he took care of the Italy matter somehow without leaving Korea. The upcoming episode 19, the penultimate episode before the finale, will see Vincenzo fight Mr. Kim and his henchmen at the Plaza, along with revealing how exactly our hero solved his Italian problem remotely. With Vincenzo and Cha-young amping up their attacks on Babel, Han-seok, and Myung-hee, we’re sure the next episode will have the villains squirming under the torture some more. Taking down a conglomerate as big as Babel is not child’s play and Vincenzo will need all the help he can get from the Korean “Mafia” that he has put together.

Episode 18 starts at the ice rink with Han-seo shooting Vincenzo as the Interpol officers close in on the Italian lawyer. In reality, it turns out that Vincenzo, working together with Han-seo and the Korean police, staged a scene that made it look like he killed the Interpol officers and shot Han-seo in the arm (he actually does shoot him to make the story look authentic). Vincenzo turns the Interpol officers by giving them crucial information about Paolo (the current Mafia boss). Han-seo relays the whole staged incident to his brother and his associates, telling them that they’re all on Vincenzo’s hitlist now.

Next, Vincenzo and Cha-young turn high-profile Babel Group stakeholders against Han-seok by making them believe that Han-seok is blackmailing them with recordings of all their evil-doings. Cha-young files a claim of damages against Babel Group for illegal activities and tells the media that they will soon reveal an explosive secret about the Babel Tower. Cha-young is on a roll as she also threatens Myung-hee with a recording of her ordering several kills. Vincenzo meets with Prosecutor Han.

To save Han-seok from the relentless attacks on his life (Vincenzo’s doing, of course), Mr. Han and Myung-hee advise him to get arrested and go to jail for a week. Vincenzo visits him in jail and tells him how he orchestrated the whole thing to land him in prison, stating that he’s “toying with a mouse before eating it.” Vincenzo tells Han-seok a disturbing story about how he similarly terrorized someone in Italy for two years until they turned suicidal.

Luca visits Vincenzo from Italy and tells him that the Luciano family has killed Dario and Sebastian. Vincenzo needs to go and save the family and he tells Cha-young and the Plaza residents that he’ll be back in two weeks. Later at the plaza, Mr. Kim and his goons force Mi-ri and Mr. Cho to open the basement but the gold and the Guillotine file are not there. As Mr. Kim and his men pursue Mi-ri and Cha-young, Vincenzo appears to stop them and prepares for a fight. He did not leave for Italy!