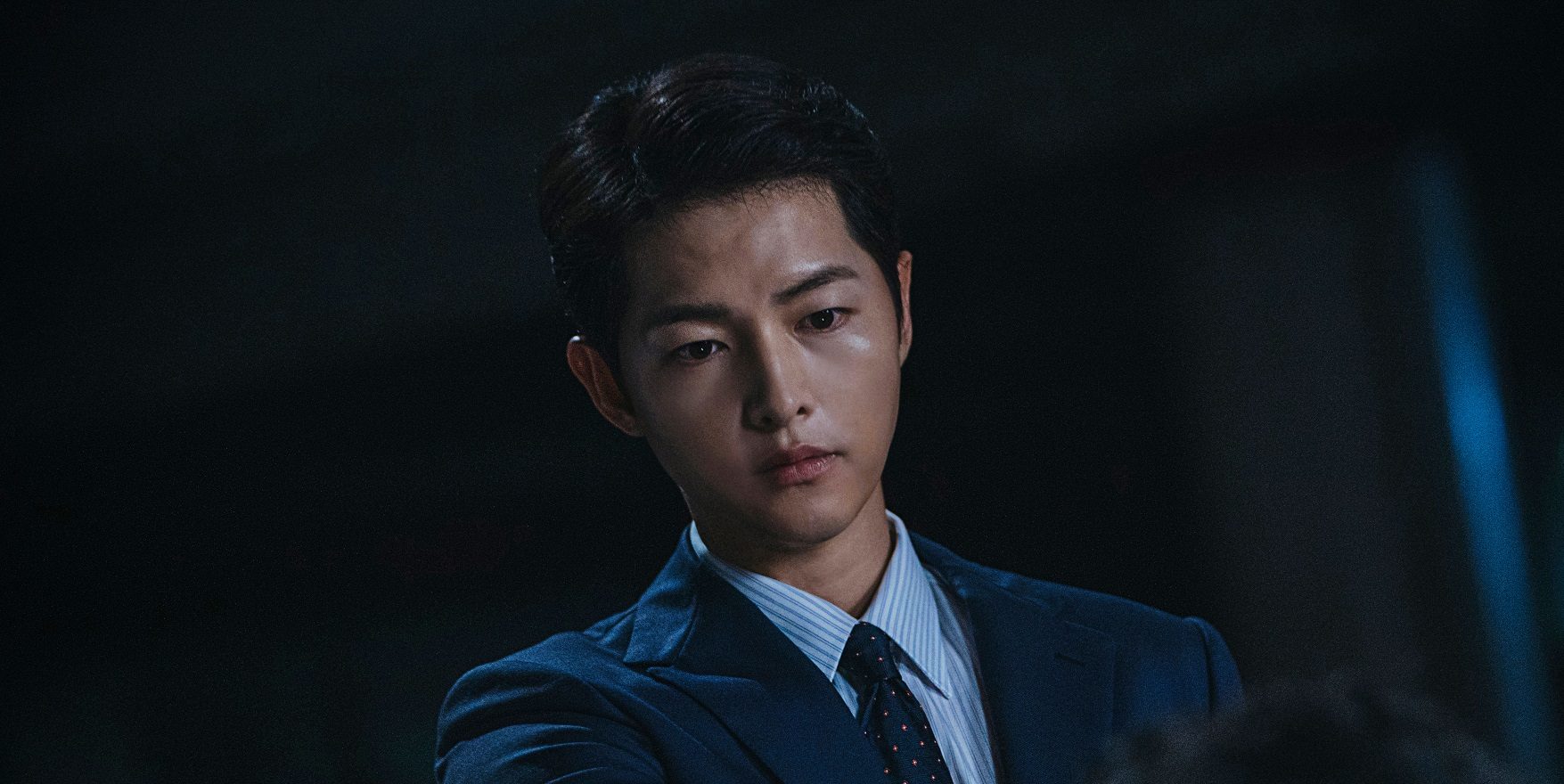 Created by Park Jae-beom and Kim Hee-won, the crime-drama series ‘Vincenzo’ is a decidedly bloody affair, but it comes with a hilarious act by the cast ensemble. The storyline follows Park Joo-Hyung (or Vincenzo), who was adopted by an influential Italian crime family at the age of eight. He was raised by the Cassanos and grew up to be a lawyer. However, after the death of the family’s patriarch, Vincenzo is forced to flee Italy and come back to Seoul to retrieve the 1.5 tons of gold wrongfully usurped by the Babel Group.

Teaming up with Cha-young, Vincenzo has to use his superior skills to recover the gold from the Geumga Plaza before the Babel Group acquires it. Following the open-ended finale of the first season, you may wonder whether the dark comedy will return with a second installment, especially since the first season was highly praised in the media. If the thought has crossed your mind, let us investigate further.

‘Vincenzo’ season 1 premiered on February 20, 2021, on Netflix, with the season finale being aired on May 2, 2021. Before their release on the streaming giant, the episodes landed in South Korea on tvN. The inaugural season has 20 episodes that run for 74-89 minutes each.

Let us now explore the possibility of a follow-up season. Unfortunately, there has been no official news of the show’s renewal as of writing. Although Netflix may strongly influence the future of the series, the decision mainly depends on tvN, its original network. In the structure of Korean television, we usually get to know if a new season is in the talks quite early on. For example, ‘Hospital Playlist,’ another K-drama on tvN, was destined to have two seasons, which we already knew during the premiere of the first installment. Sadly, this has not been the case for ‘Vincenzo.’

Speaking with a South Korean news agency, the series lead star Song Joong-ki (Vincenzo Cassano/Park Joo-hyung) was elated by the fan uproar demanding a second season. But the actor emphasized that nothing had been said about a sophomore outing. However, ratings should not be a problem since the show garnered considerable fan praise and critical acclaim, which explains the steady rise in viewership. The series even had the prestige of becoming the sixth highest-rated drama in the history of tvN. The season finale made it the ninth highest-rated drama in the history of South Korean television at the time.

Another cast member, Kwak Dong-yeon (Jang Han-seo, the brother of Jang Jun-woo), proposed a spin-off of the original on social media. On May 2, 2021, Netflix Korea’s Twitter handle marked the last day on air for the show, to which the actor replied, “I hope Netflix makes a spin-off.” Therefore, we cannot omit the possibility of a sequel series altogether. With that being said, the open-ended conclusion to season 1 gives the viewers room to speculate. But if a second season is indeed greenlit by 2022, we expect ‘Vincenzo’ season 2 to premiere sometime in 2023 or later.

Vincenzo Season 2 Cast: Who can be in it?

If the second season is greenlit, all of the central cast members will hopefully reprise their roles. Song Joong-ki is busy with his other productions, but he will hopefully reprise his role as Vincenzo Cassano AKA Park Joo-hyung. Kwak Dong-yeon is eager to reappear in the role of Jang Han-seo, and we may see him again.

Jeon Yeo-been (Hong Cha-young), Yang Kyung-won (Lee Chul-wook), Choi Young-joon (Cho Young-woon), and Im Chul-soo (Ahn Gi-seok) may also take up their respective garbs. However, Ok Taec-yeon and Kim Yeo-jin may not take up the roles of Jang Jun-woo/Jang Han-seok and Choi Myung-hee, following their characters’ fate in the finale of the first season.

Vincenzo Season 2: What can it be About?

The ending of the first season leaves us in contested territory. Park Joo-hyung retrieves the gold in the season finale. Chul-wook and other Geumga Plaza tenants stand up against Han-seok. Revenge tastes a bit too sweet as both Myung-hee and Han-seok perish. The series then leaps a year forward, and Geumga Plaza is still at the center of civil unrest as a new political face is rising. Elsewhere, Cha-young briefly reunites with Park Joo-hyung. The finale ends with a monologue about the nature of evil.

If the show is picked up for another round, it may revolve around Park Joo-hyung. His quest for gold ends with the first season, but the second season may follow him in his job as a consigliere. The fabled second season may take the drama forward and move the setting to Italy. Joo-hyung may further team up with Cha-young, and Geumga Plaza may still be central to the plot. If a second season is envisioned, it will have ample leg space to stretch.