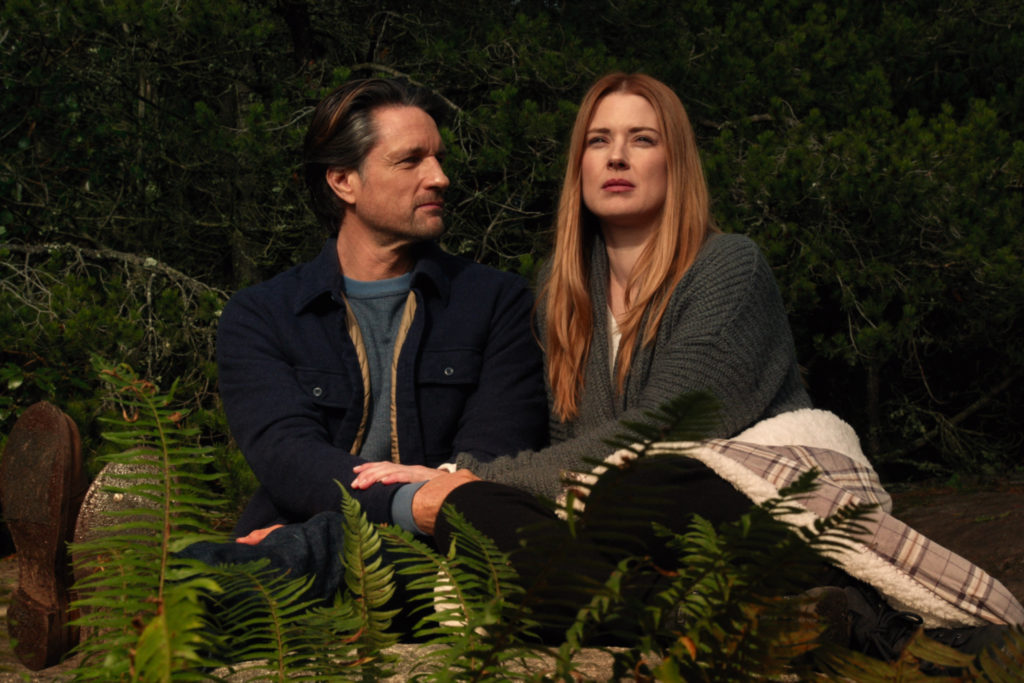 Developed by Sue Tenney, Netflix’s ‘Virgin River’ is a heartwarming romantic drama that follows the life of Melinda “Mel” Monroe (Alexandra Breckenridge), a nurse practitioner who relocates to the town of Virgin River to overcome the complexities and agonizing experiences of her past. Mel, hoping that a new start will help her build a simpler, painless existence, walks into the lives of a few people, which changes her life altogether. Based on the eponymous novels by Robyn Carr, the series is an emotional exploration of the lives of a bunch of Virgin River residents, each of them with a battle of their own.

‘Virgin River’ first premiered on Netflix on December 6, 2019, and was well-received by critics and audiences alike, commended mostly for the captivating cinematography and performances. Over three seasons, the show’s compelling, at times brutal screenplay has been an absolute delight for the fans of stirring romantic dramas with emotional explosions in between. Following the tormenting season 3 finale, fans have been impatient to know more about the new season and the revelations it could provide. For everyone waiting, here’s everything we know about ‘Virgin River’ season 4!

‘Virgin River’ season 3 was released on July 9, 2021, on Netflix. The third season comprises 10 episodes with a runtime of approximately 40-48 minutes. As far as another season is concerned, we have great news! On September 20, 2021, Netflix announced the renewal of ‘Virgin River’ for not just season 4 but also the fifth season.

The network has kept the production details under tight wraps. However, multiple reports suggest that the filming of season 4 begun in late July 2021. If everything goes accordingly, it will most likely wrap up by November 2021. Even though the renewal confirmation of season 4 is some relief for the fans, the wait to clear the air after all the turnarounds that happened in the season 3 finale should prolong as we expect ‘Virgin River’ season 4 to release sometime in Q2 or Q3 2022.

‘Virgin River’ season 4 will see the return of the main cast, including Alexandra Breckenridge as Mel, Martin Henderson as Jack, Tim Matheson as Doc Mullins, Colin Lawrence as Preacher, Lauren Hammersley, Benjamin Hollingsworth as Brady, Grayson Gurnsey as Ricky, and Sarah Dugdale as Lizzie. Annette O’Toole, who was absent for the third season, is most likely set to return in season 4 as Hope.

Although Lynda Boyd’s character Lilly dies in season 3, she might return in flashbacks, along with Daniel Gillies as Mel’s deceased husband, Mark Monroe. The supporting cast of season 4 might also include Stacey Farber (Tara), Nicola Cavendish (Connie), and Marco Grazzini (Mike).

Virgin River Season 4 Plot: What can it be About?

The third season ends in a merciless cliffhanger, as Mel reveals to Jack that she is pregnant. She is not sure who the father is, as it can be either Mark, through the remaining embryos from the IVF days, or Jack. Season 4 of ‘Virgin River’ will give answers about the identity of the father and how it will affect the relationship of Jack and Mel. While fighting for the custody of the twins, Jack will have to face a hard time dealing with the shocking revelation made by Mel.

Charmaine, who hasn’t yet sat down with the imposing Todd to speak her mind, will also have new directions in front of her with the twins. Season 4 will also be about the relationship of Doc and Hope, whose relationship is at crossroads after the terrible injury the latter sustained due to an accident. It will be interesting to see how Hope will fight the traumatic brain injury and her relationship with Doc as Muriel stands in the way.

In an interview with EW, showrunner Sue Tenney has talked about how things will progress with Hope and Muriel. “The more fun relationship is the one between Muriel and Hope. It starts as very antagonistic. [But] in the slow burn category, you’ll see moments coming up that are going to open up that relationship. [It’s] fun taking enemies and making them friendly,” she said.

The fourth season will also present us with the future of Ricky as he has to choose between his ambitions to join the Marine and Lizzie. With Lizzie’s ex-boyfriend around, trying to convince her to leave Virgin River, Ricky’s decision will be a pivotal point in the upcoming season. The fourth season will shed some light about the anonymous shooter of Jack, as Brady is arrested on suspicion of attempted murder. Tara and Chloe’s life after Lilly’s death will also be touched upon in ‘Virgin River’ season 4.