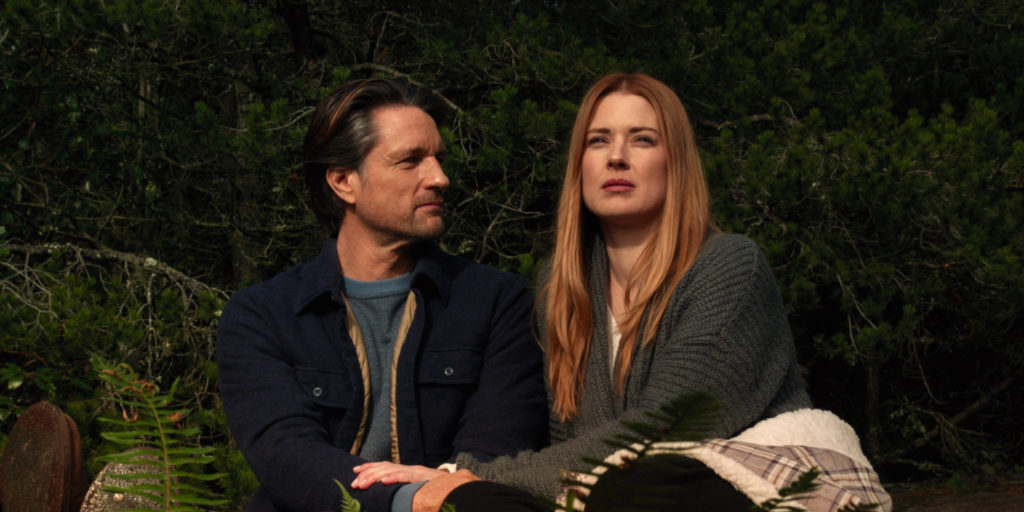 Developed by Sue Tenney, ‘Virgin River’ is a romantic drama series based on the novels by Robyn Carr. The show follows Mel, a nurse practitioner with a painful past, who moves from LA to the titular small town looking for a fresh start. As she tries to make Virgin River her home, she realizes that she must first heal her wounds. The series first premiered on December 6, 2019.

The gorgeous setting is one of the reasons why this small-town drama receives so much love. The hook of this show is the chemistry between Jack and Mel, who prove that drama can be emotional without being manipulative. However, some people felt that the subplots feel a little rushed at times, but overall the show is a heart-warming story of the people in Virgin River. The way season 3 ends, the viewers are bound to be curious to know what lies in the future for the characters. So does that mean there will be a season 4? Here is what we have found!

‘Virgin River’ season 3 landed in its entirety on July 9, 2021, on Netflix. The third installment has ten episodes that run for 42-48 minutes each.

As far as the fourth season is concerned, here is the deal. An official announcement is awaited, but the filming for the anticipated season is reportedly underway. According to sources, the filming began in July 2021 and is expected to conclude in November 2021. This is not entirely unexpected since reports suggested that season 3 was formally announced after it was already in production. Furthermore, the show is one of the strongest performers on Netflix. It held first place for seven days in the streamer’s list of top 10 TV Shows upon the second cycle’s release. After the third season debuted, the show secured first place once again.

New rounds of the show usually arrive within 7-12 months. Season 2 debuted almost a year after season 1, but season 3 released just a little more than seven months of season 2’s premiere. With that in mind, we can expect ‘Virgin River’ season 4 to release sometime in Q3 2022. Moreover, the show has more than 20 books by Carr to draw from, so we believe that there are a lot of interesting subplots that the writers are yet to explore if the show continues for several more seasons.

Virgin River Season 4 Plot: What can it be About?

In the season 3 finale, Brie opens up to Mel and shares why she wants to leave Virgin River. Charmaine tells Jack that she and Todd got married and do not want Jack involved with the twins. Elsewhere, Brady is arrested for the alleged murder attempt on Jack while Brie looks on. Preacher is contacted by a supposed friend of Paige’s who leaves him unconscious in a wooded area while she takes off with his wallet and phone. In the final moments of the season, Jack wants to propose to Mel when she drops the bombshell that she is pregnant and is not sure if he is the father.

If the fourth season is commissioned, we will know what the future looks like for Jack and Mel; we will possibly know who is the father of Mel’s baby. Moreover, Jack’s life might get even more complicated because of Charmaine and the twins, as well as Mandy, who might play a significant role if there is a season 4. We are yet to learn who shot Jack (in the season 2 finale). Ricky enlists in the army, which dramatically changes his relationship with Lizzie in season 3, so we are yet to see how things shape up for the youngsters. We can expect more drama in the Paige and Preacher storyline. Sue Tenney confirmed that Hope will survive the accident, but her road to recovery will not be easy in the anticipated season 4. The young man claiming to be Doc’s grandson might stir things up for the physician. So, we might get a glimpse of Doc’s past if the show returns for another cycle.

Read More: Where is Hope in Virgin River Season 3? Does She Die?