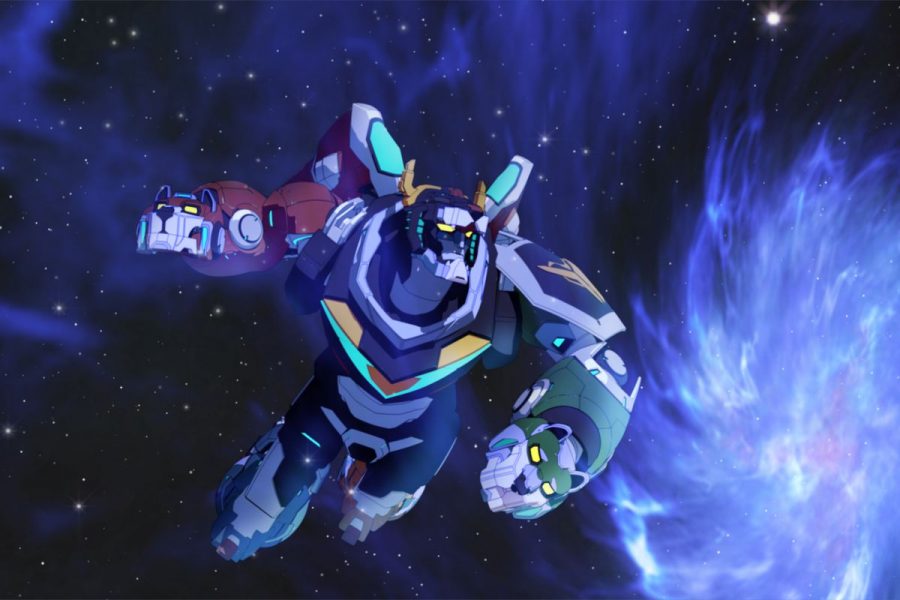 ‘Voltron: Legendary Defender’ is an animated mecha web series that airs on Netflix and first premiered on June 10, 2016. The series has been produced by DreamWorks Animation that is famous for franchises like ‘Boss Baby‘, ‘Madagascar‘ and ‘Kung Fu Panda‘. The show is actually a reboot, which is based on ‘Beast King GoLion’ by Toei Animation and ‘Voltron: Defender of the Universe’ by World Events Productions.

The main premise of the series is based on a science fiction universe which uses ‘quintessence’, a kind of planetary energy, in order to power the vehicles and perform acts of magic. Viewers follow the Paladins of Voltron, on their adventures as they work together to form the titular giant robot and use it for defeating the evil Galra Empire. Overall, ‘Voltron’ has received immense praise for the arc and the plot, but as with all good things, there have been some criticisms from certain quarters pertaining to the LGBT representation on the show. If you enjoy mecha battles, be sure to check out this show that might remind you of movies such as ‘Transformers‘ and ‘Pacific Rim‘.

Voltron: Legendary Defender Cast: Who is in it?

‘Voltron: Legendary Defender’ is about two groups: Paladins or pilots, who come together to make the titular Voltron, and Galra Empire that has plagued the universe since time immemorial. Let us take a look at the key characters who make up both sides of this battle.

Among the Paladins, we have Lieutenant or Commander Takashi “Shiro” Shirogane voiced byJosh Keaton. He is the pilot of the Black Lion and is also known as the Black Paladin. He is the leader of the Defenders of the Universe and is shown to be someone who is decisive, calm, and always in control.

Keith, the Red Paladin, or pilot of the Red Lion, voiced by Steven Yeun of ‘The Walking Dead‘ fame, is described as being temperamental and sullen, due to the fact that he was orphaned and always remained somewhat of a lone wolf.

Jeremy Shada appears as Lance, the Blue Lion’s pilot, or the Blue Paladin, a cocky and confident man who is somewhat of a ladies’ man and a sharpshooter.

Bex Taylor-Klaus is seen as Katie “Pidge Gunderson” Holt, or the Green Paladin, a tech genius and probably the smartest member of the team.

The Yellow Paladin or Hunk is played by Tyler Labine. He is a gentle giant is the peacekeeper among the team members, and his heart is as big as his appetite.

Among the key members of the Galra Empire are Emperor Zarkon, the ruthless leader played by Neil Kaplan, and Witch Haggar, the emperor’s main advisor, voiced by Cree Summer. Haggar is the leader of the Druids, dark mystics fanatically serving the Galra Empire. The Druids basically make up for much of the military might of the empire and is a force to be reckoned with since they combine science and dark magic. Zarkon’s son Lotor is played by A.J. Locascio. He is a half Galra hybrid and has a savior complex.

Voltron: Legendary Defender Plot: What is it about?

The basic premise of ‘Voltron: Legendary Defender’ is about a group of teenagers who eventually become the last line of defense in an intergalactic war against a tyrannical emperor.

For millennia, the universe has been plagued by the Galra empire which has not only destroyed entire planets but also enslaved life forces. The only thing standing between the empire and their goal of complete dominion is Voltron, the 100-meter tall robot warrior. This robot is made up of five lion mechas and as we have mentioned, their pilots are known as Paladins. However, a wise king decides that to save Voltron from falling into the wrong hands, namely those of emperor Zarkon. Thus he breaks up the Paladins and sends them to different parts of the universe, ensuring security in separation.

This is where the plot brings us to the present where a group of space pilots from earth finds themselves swept up in a war to protect not just their planet but the entire universe, in the form of Voltron. The show stands out in managing to include sci-fi elements that are much darker, as it shows the exploration of the universe. Over the seasons, we have had the fortune of seeing each of the character’s arcs evolve and we have seen their individual conflicts with Galra. In Season 8, the show tied up all these plotlines masterfully and brought a befitting end to the conflict with Galra.

Voltron: Legendary Defender Season 9 Release Date: When does it premiere?

‘Voltron: Legendary Defender’ Season 8 premiered on December 14, 2018. Although the show has been immensely popular and has led to the spawning of action figures, comics, and toys, the showrunners told the story they wanted to over eight seasons. Thus Netflix has not renewed the show for another season. ‘Voltron: Legendary Defender’ Season 9 stands canceled for now. However, there is always a chance that we could get another reboot or spin-off, so keep your fingers crossed Voltron fans!

You can check out the trailer for Season 8 of ‘Voltron: Legendary Defender’ below. If you have not seen the series, we recommend that you give it a watch if you happen to be a fan of intergalactic battles featuring giant robots.