Will There be a Waco Season 2? 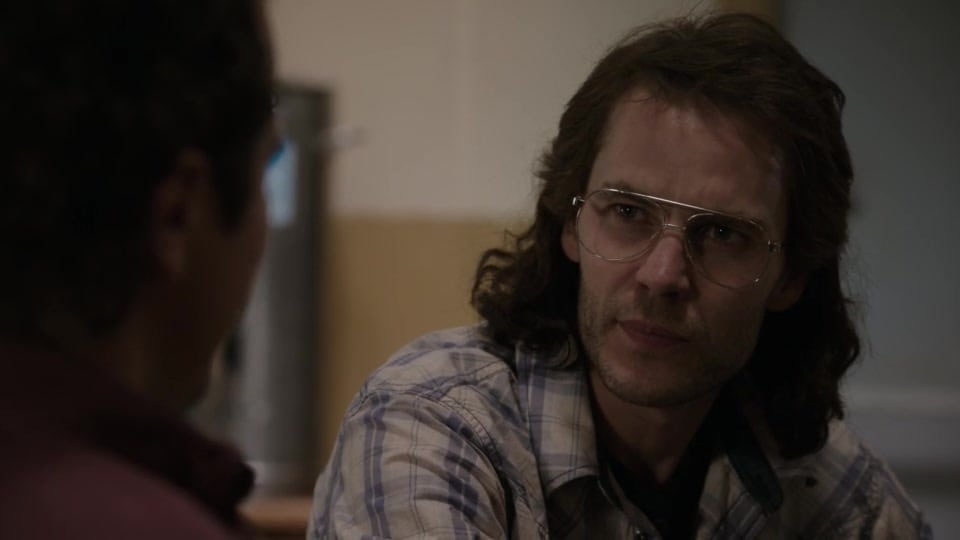 Documentaries are a curious bunch when one considers how much a major network can bank on them as the backbone of their series. It has been a time-proven equation that viewership in soapy melodrama almost always trumps the comparatively dry unscripted TV segments. This equation was throttled away and turned upside down with the reality TV boom, though, the modern iteration of which created a cross between melodrama and the unscripted roots of non-fiction TV. But as many pundits would have it, reality TV is more a caricature, a greater layer of simulacrum of an orchestrated and chiseled reality. A far less contaminated form is today’s docu-series.

Shows like ‘Waco’ are the next stage in it, though. Instead of being an upfront analysis of facts, Paramount Network’s ‘Waco’ is an unabashed and candid dramatization of the events leading up to the siege of Waco. It looked fantastic on paper and did not disappoint in practice. Whether it succeeds as a documentary, though, is another tale. The series is created, written and executive produced by John Erick Dowdle and Drew Dowdle and first aired in January 2018.

The first season of the show was well-received. Now, the question arises: will there be a Waco season 2? We will delve into that question, but first let’s quickly look into the details of the series.

Waco Cast: Who is in it?

We have come to expect no ‘cast’ as such from a docuseries, but Waco is more of a period-piece – a reenactment of a historical event. So instead of the usual rag-and-tag band of newcomers on the standard docu-series reenactment, Waco has a much stronger and more robust cast – even star-studded would not be an overstatement.

The most towering presences that lock horns in the reliving siege of Waco, TX, are Michael Shannon’s FBI detective Gary Noesner, and Taylor Kitsch as the legendary David Koresh. Unsurprisingly, these compelling roles are delegated to the most veteran acting talents on board. While Taylor Kitsch breaks his typecasted mould from X-men Origins: Wolverine (2009) or Lone Survivor (2013), Michael Shannon is only too competent to portray Gary Noesner, coming from a Groundhog Day (1993) and The Shape of Water (2017) pedigree.

The rest of the cast is more talents galore, and an unfair lack of screentime for them to truly utilize their talents, one would argue. BAFTA-winner Andrea Riseborough (straight out of her Birdman – The Death of Stalin – Mandy streak) plays Judy Schnieder against Paul Sparks’ (Broadwalk Empire, House of Cards, The Greatest Showman) equally compelling Steve Schneider. Paul’s Broadwalk Empire co-star (and never to forget, True Detective-starrer) Shea Whigham plays Mitch Decker and Melissa Benoist (Supergirl, Glee, Whiplash) chimes in as Rachel Koresh.

While season 2 is a very unlikely probability, we would wager that the whole main cast would be recast just as is if the stars could make space for it in their schedules.

Waco Plot: What is it about?

The show documents the siege of Waco, TX – a milestone historical event in early 1993 that had led to a number of public controversies and conspiracy theories regarding which truly started the gunfire. It is a nuanced bit of history that is hard to summarize without oversimplifying, so we will just explain the siege itself rather than the build-up. A Christian cult called the Branch Davidians believed in a literal interpretation of the Bible – including the onset of the Day of Judgment and had isolated themselves in a commune near Waco, Texas.

The tale starts with David Koresh (played by Taylor Kitsch), who was a self-proclaimed prophet of God and had started stockpiling firearms. The latter had led to an ATF investigation, which resulted in a gunfight exchange leaving four ATF personnel and six Davidians dead. This got the FBI involved, and the siege was the resultant 51-day standstill between David Koresh’s cult and the FBI forces, whereafter constant back-and-forths of negotiation, the FBI eventually decided to raid the commune – and a fire broke out in its wake, leaving 80 Davidians dead. The event has been the subject of a number of documentaries in the past (including BBC Four’s Waco: Madman or Messiah?), but Paramount’s Waco is the first major dramatization of the siege.

Waco Season 2 Release Date: When will it premiere?

When Waco season 1 premiered on Paramount Network on January 24, 2018, it was named a limited series by Paramount, and after 13 Reasons Why, the term ‘limited series’ has very limited credibility – it has become just another jargon-casting ploy for producers to secure the attention from a particular niche and demographics that would look for it. But in the case of Waco, it is truly a limited, one-and-done series from the looks of it.

The reviews had almost unanimously praised the outstanding performance from the ensemble cast, and it holds a 69% review aggregate on Rotten Tomatoes. The commercial numbers had not been so kind for it – Paramount’s ambitious project did manage to secure a 0.38 rating among an 18-49 demographic and 1.2 million viewers with its first episode, but then stumbled to maintain a 0.25 average, and the viewership had taken a steady nosedive to 0.6 million up till the finale. But even leaving numbers aside, Waco is a documentation of a historical event, as we have stressed earlier. There cannot be a season 2 for the simple reason that there was no second siege of Waco – and this is no Narcos-like franchise that can relocate its locale and call it a day.

Considering all these factors, therefore, the prospects of a follow-up season seem very unlikely. Hence, we can safely assume that Waco season 2 stands cancelled as of now since this ‘limited series’ is formally bundled to a season on the get-go. So, consider the possibilities practically off the table.

As the prospects of season 2 are next to nil, for now, it presents a great occasion to catch up with the debut season of the brilliant 6-part miniseries, though. To get a taste of it beforehand, here’s a trailer.