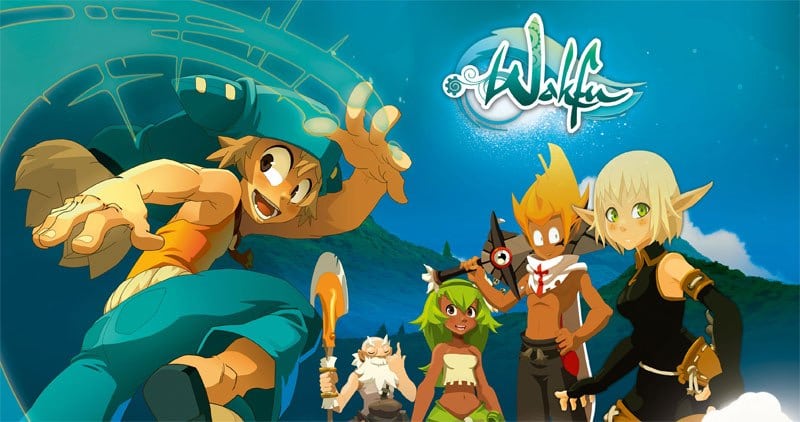 ‘Wakfu’ is a French animated web television series that airs on Netflix, and is based on a 2012 tactical turn-based massively multiplayer online role playing game (MMORPG) of the same name by Ankama Games.

Development of the game began in 2006, but it was not released until 2012. Interestingly, the show, which is developed by Ankama Animations, France Television, Frakas Productions, and Pictonovo, made its debut before the game, with Season 1 premiering on France 3 on October 30, 2008. The 26-episode Season 1 was aired up until June 5, 2010, and months later, Season 2, also consisting of 26 episodes, premiered on February 26, 2011, and was aired till March 3, 2012.

In January 2014, Ankama launched a Kickstarter campaign to produce an English-language dub of the show, and later in the same year, Netflix acquired rights to the show, which started streaming on the platform in September 2014. Three years later, Netflix released Season 3 of Wakfu, which premiered in France on September 2, 2017, before being released worldwide on April 6, 2018. Since then, fans of the show have been clamoring for a Season 4. Here’s everything we know about it.

Wafku Cast: Who is in it?

Owing to ‘Wakfu’ being an animated show that is available in both French and English, it has a host of voice actors who voice the characters.

While the show has dozens of characters, it revolves around the main protagonist, 12-year-old Yugo, and his group of friends known as The Brotherhood of the Tofu. Yugo has been voiced by Fanny Bloc for the French-language version of the show. As far as the English-language version is concerned, Jules de Jongh voiced Yugo for Seasons 1 and 2, and Erika Harlacher took over in Season 3. It remains to be seen whether she will return to voice Yugo in Season 4. Yugo’s brother, a shape-shifting dragon called Adamai, is voiced by Dorothee Pousseo in the French-language version of the show, and by Joanna Ruiz (Seasons 1 and 2) and Cristina Valenzuela (Season 3) in the English-language version.

Apart from the Brotherhood, there are literally dozens of supporting characters and antagonists who make recurring and sometimes episodic appearances throughout the show.

Wafku Plot: What is it about?

‘Wakfu’, like the game, is set in a mystical fantasy world, and the events of the show (and the game) take place 1,000 years after the events of Ankama’s previous game, Dofus, which was released in 2005.

The show starts off after a mysterious figure leaves a baby boy, Yugo, with a retired bounty hunter in small village. The bounty hunter is tasked with raising Yugo till he reaches an age when he can seek out his biological family. Years later, when Yugo reaches the age of 12, he finds that he has special powers, and embarks on a mission with his newfound friends to rid the world of evil and find his true family. The show follows these adventures as Yugo and co. set out across the mysterious world, find undiscovered places, and take on the evil forces that have tainted it.

Since its release, ‘Wakfu’ has been praised far and wide for its stunning visuals and emotionally-charged writing, and the show has acquired tens of thousands of fans across the world. On IMDb, it enjoys a solid rating of 8.3/10, and serves as a fitting addition to the ‘Wakfu’ franchise, which has several comics, a trading card game, and a board game.

Wafku Season 4 Release Date: When does it premiere?

Wafku Season 3 premiered on April 6, 2018 in the US. Months later, IGN reported that Tot, the co-founder of Ankama and the creator and screenwriter of ‘Wakfu’, had already made plans for a fourth and fifth season of the show. While this is good news for fans of the show, neither France Televisions nor Netflix have made any announcement yet on the future of the show, and it remains to be seen whether ‘Wakfu’ will be renewed. It is understood that the delay is owing to some dissatisfaction among producers pertaining to declining ratings and viewership of the show.

Thus, it is difficult to predict how soon ‘Wakfu’ will officially be renewed for Seasons 4 and 5. Our best guess is that Wafku Season 4 can release sometime in April, 2020. Once an official announcement on the future of the show is made, we will update this section to reflect the same.

While we await news on the future of ‘Wakfu’, here is the teaser for Season 3 to give you a glimpse into the show and the story thus far.