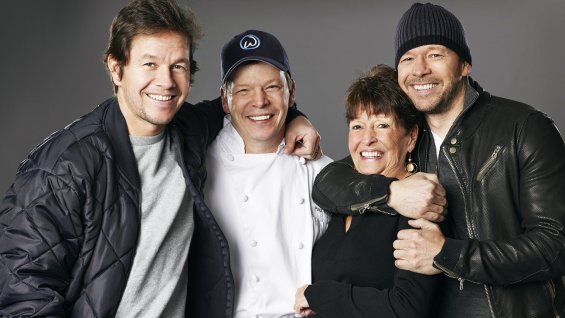 Wahlburgers is a docu-series that follows former teen heart-throbs, and famous Hollywood actors, Mark Wahlberg and Donnie Wahlberg along with their chef older brother Paul Wahlberg as they run their long-standing food business famously known as Wahlburgers. The family’s restaurants present in approx. 30 locations in the U.S form the focus of the show. Wahlburgers has completed nine seasons so far, having aired 85 episodes in its entirety. It first premiered on February 10, 2014. The show is produced by Mark Wahlberg and Donnie Wahlberg, and you can watch it on the A&E Network. It was nominated for an Emmy for Outstanding Unstructured Reality Program.

Wahlburgers led to a spin-off, Donnie Loves Jenny that focuses on Donnie Wahlberg and his loving wife, Jenny Wahlburg. If you have not seen any of its ten seasons yet, it’s time you catch up one of the most entertaining reality shows on tv.

Wahlburgers Cast: Who is in it?

Apart from the three brothers Mark, Donnie, and Paul, other family and friends make occasional appearances on the show. Their mom Alma is a significant part and features in all ten seasons. Other cast members include Johnny Alvis, Henry Laun (Mark’s childhood friend), and Jenny McCarty. The show can be enjoyed by the whole family and people who loved Entourage. It’s a feel-good show with a series of eponymous restaurants in their name as its background.

Wahlburgers Plot: What is it about?

Running a family business is no easy task, and turning it into an enormous success – now that’s a story you do not want to miss. What started as a casual-dining business by Mark, Donnie and Paul Wahlberg rapidly took the shape of a fast-growing chain of restaurants in the country. The first restaurant by the siblings was opened in Hingham, Massachusetts. They now have over 30 successful restaurants in the Wahlburgers chain. Although Mark and Donnie are the stars of the family, they swear that the real talent is their soft-spoken but sometimes stubborn brother Paul. Mark is the hustler always looking for the next big deal, Donnie is the spokesperson representing the brand in public, and Paul is shy; not as outspoken as his two younger brothers who sometimes bully him out of his comfort zone.

In season 9, we see Mark crack a deal with the USA military, which has the potential to make them famous worldwide. They deliver frozen beef to base camps but also offer jobs to military spouses and family members. This is one heart-felt deal and a huge step for Wahlburgers. With a new restaurant in Atlantic City and the permission to build another in St. Charles, Wahlburgers is on the path to great success.

The sibling bond is endearing to watch. Even when the brothers do not agree with each other, they always find a way to compromise. The siblings have gone through a lot, what with their difficult childhood, a run-in with the law, and finally landing in Hollywood. The central characters of the series are three of the nine children of Alma Walhberg, who as a single mother struggled for many years but became the true beacon of the strength of her family. The brothers call her the glue holding their family together and the reason behind their success. She plays a big part in the nine seasons of Wahlburgers too. She is the true charm of the show and who happens to run her own successful restaurant. The first season was all about how Paul enlists his brothers’ help to make Wahlburgers into a chain of successful restaurants. They are now known to be a Hollywood power family with millions in profit.

The series is fun, light, and witty. The strong family bonds between the siblings remind you of the show Entourage. In season 10, the brothers return to their childhood hometown where it all began – Dorchester, MA.

Wahlburgers Season 11 Release Date: When will it premiere?

Wahlburgers season 10 premiered on May 15, 2019. The series has enjoyed a great fan following since it first premiered on A&E. The disheartening news that tenth season also happened to be the final season of the show. Mark confirmed the news of the tenth season being its last and went on to express his gratitude for their fans. He said, “Creating the Wahlburgers restaurants has been an incredible experience, and we are so grateful to have shared it with A&E viewers these last nine seasons.”

Elaine Frontain Bryant, executive VP and head of programming at A&E said, “We are so appreciative to the Wahlberg family for opening up their hearts and lives to the A&E viewers over the years.”

Despite the fact that the show has been cancelled, never say never in the world of television. The show might get revived after a few years just to check where Wahlburger and Wahlbergs are. should not lose all their hopes. If that happens, we will update you about Wahlburgers season 11 release date.

Although Wahlburgers is a reality series, it does not have the usual conflict and drama. It has a feel-good vibe to it that and can be enjoyed with the whole family, children included. Watch the series for its fun family essence and inspirational business sense. Here is the official trailer for the tenth season for you to enjoy.