WandaVision Episode 3: What to Expect? 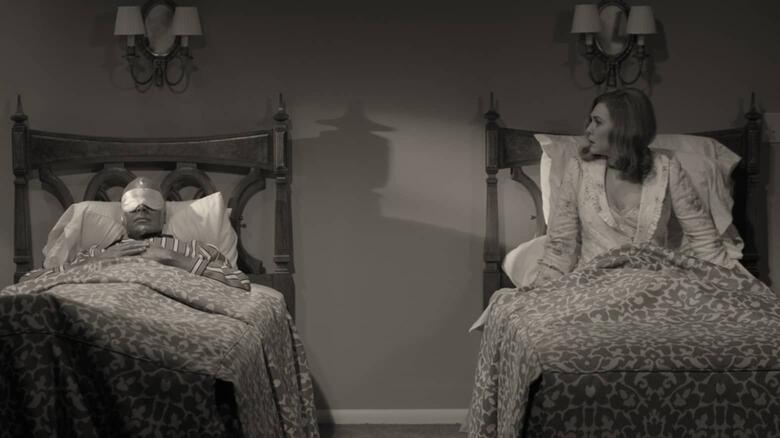 The second episode of ‘WandaVision’ gives us a detailed glimpse of Wanda’s and Vision’s lives in the town of Westview. Apart from this, the episode also opened up certain hints and clues behind the weird narrative that seems to have evolved abruptly, especially after ‘Avengers: Endgame.’ Wanda’s and Vision’s reality seems to be controlled, and the subtle hints provided might give us a clearer perspective. In a baffling turn of events, Wanda is pregnant at the end of episode 2 and seems to be living a literally technicolored life. If you are curious to know more about the third episode, then here are the details.

‘WandaVision’ episode 3 will be releasing on January 22, 2021, at 3 am EST on Disney+. The following episodes will release on a weekly basis on Friday.

Where to Watch WandaVision Episode 3 Online?

You can watch ‘WandaVision’ episode 3 on Disney+. You can view it on the website or the app, although it is pertinent to note that you will need a subscription to the platform. A lucrative deal could be to sign up for the package that offers Disney+, Hulu (with ads), and ESPN+ for $12.99 per month.

In the upcoming episode, we will get to see the extent of Wanda’s pregnancy. We can expect to learn more about the mysterious beekeeper and the helicopter, both of whom have sword insignia. Their presence holds the key to the real truth behind Wanda’s and Vision’s idyllic life. Episode 2 also teased the existence of Baron Von Strucker through an advertisement of a watch.

Strucker is a Hydra operative, and in the third episode, we will perhaps get to know about Hydra’s involvement in the grander schema of Wanda’s reality. The dissonant voice coming from the radio asking Wanda about her condition will perhaps be further explained in episode 3 as well. Wanda and Vision will have to navigate these aspects and come out from their reality, which is lurking with hidden dangers. Apart from this, the third episode will showcase the Scarlet Witch alter-ego of Wanda. We can expect the narrative to follow Wanda’s and Vision’s character arcs as shown in the comics.

The second episode takes us through Wanda’s and Vision’s attempts to integrate with the social life of Westview. Wanda and Vision practice for a magic show to be held at a charity event for children. In the ensuing processes, Wanda attends a committee meeting where she meets with Dottie, the group leader. Her interaction with Dottie doesn’t go well, as Wanda finds the questions about her personal life to be cumbersome. She feels that Dottie might know about her powers and thus tries to maintain the charade together. A dissonant voice blares from the radio and asks Wanda, “Who did this to you?”

Wanda is flustered and somehow manages to shrug off the weird situation. Previously, she also encounters a red toy helicopter with a strange sword symbol that further complicates matter. Meanwhile, Vision ingests a chewing gum, which gets entwined with his inner machinery, leaving him in a fumbled state. He performs the magic tricks in the show and, in doing so, inadvertently shows his true powers. Wanda comes to the rescue and manages to hide the truth behind the act and seemingly saves the day. They return home, and to their surprise, Wanda is found to be pregnant.

The thudding noise returns, and upon investigation, they see a mysterious beekeeper emerging out from a manhole with the same insignia as the toy helicopter. Wanda’s stern “no” seems to rewind time, and the couple finds itself back to the moment when Wanda is shown having a baby bump. Their black and white lives are filled with color, and all seem to end happily. The episode’s curious aspect is the recurring chants of “for the children” at various junctures. It perhaps points out that Wanda is being manipulated to control the simulated reality of Westview, which can have serious repercussions. It remains to be seen how the narrative plays out in sync with the overarching narrative of the MCU.