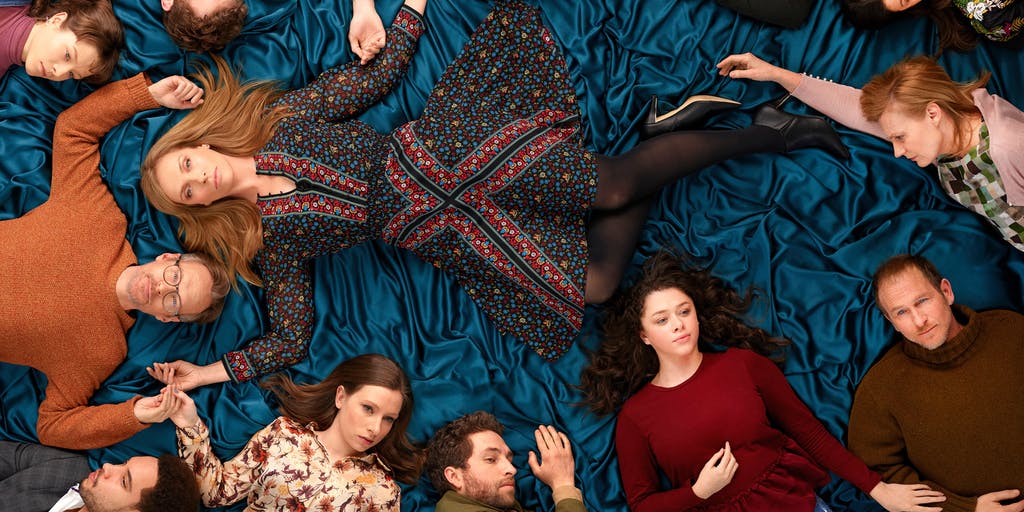 On the surface level, the all too generic name of ‘Wanderlust’ misleads many about the actual contents of the show shy of a blurb. The name stretches itself out as a travel diary, in fact or fiction, one which connotes a number of sights to see and epiphanies to be had among a gallery clique of stereotypical characters on a road trip – but it is nothing of the sort. Far from drifting away in a travelogue, Wanderlust instead gets up close and applies a magnifying glass to a domestic scene – too domestic for its own good. It is not about wandering physically not so much as it is about wandering in lust, and by extension, pondering over the roots of invisible cracks that fracture the conjugal harmony between a by-the-book happily married couple. It is a study of fidelity and sexuality in marriage, and while some shows in recent year have tried to juggle variants of the same theme, all of the non-arthouse attempts have come across as far too frivolous and/or only tangential – almost limiting mature handling of the subject to the sphere of films.

Wanderlust is a welcome exception to the norm. It starts out with a no-frills, simple, down-to-earth premise, where the protagonist, played by Toni Collette, hazards a recovery from her immobilized state – in more than just the physical sense of the term. The struggle to get back up on the bike for Joy is also parallel to the trials and ordeals that she and her husband have to go through in order to understand why the sexual chemistry is not working in their matured marital life anymore. At the shell, the show wraps up its core apologia to open marriage, however, Wanderlust is a dramedy through and through with ample developments on the entertainment front – and its treatment of its subject, while it is sardonically sincere, is also intriguing enough to keep you hooked.

Wanderlust Cast: Who’s in it?

Wanderlust was certainly among BBC One’s most hyped productions in the latter half of 2018, and it was also the gig that spelled out the culmination for a spectacular calendar year for Toni Collette – who is, without a doubt, the poster woman of the show, whose masterful acting much of it builds up around. The Australian musician and actress had popular and critical interest on her career renewed with her much-acclaimed performance on Hereditary, which unfortunately did not yet win her an Academy Award, but nevertheless raked up quite an impressive number of trophies and critical plaudits. In Joy’s character, Collette again shows the same gusto and strength of character that makes her screen presence an unsurpassable paradigm. Other than Collette, other major actors and actresses who star in the show include Steven Macintosh in the role of Alan, Zawe Ashton as Claire, Joe Hurst as Tom Richards, and Emma D’Arcy as Naomi Richards.

If the show receives a second season, it is very likely that at least Collette and Steve will be returning their respective roles, and we cannot wait to see more of them!

Wanderlust Plot: What is it about?

Given the kind of theme-heavy orientation the show takes, it is quite commendable how organically the plot sets everything up to explore these themes. Wanderlust follows the lives of a married couple in smalltown US – and the tribulations they face when they doubt whether the sexual tension between them is the same as it was before. As we have stated earlier, it begins with Collette, a psychiatrist who specializes in relationship counselling, trying to recover from the injuries sustained in an accident, while she ironically struggles to reappropriate the healthy relationship with her spouse, a school teacher. The story hints that it will recline on a classic cross-infidelity case, but the liaisons that each of them have – one with a colleague and one with client, eventually devolve into an attempt to find recluse in a mutually agreed upon open marriage – which ends up not solving things for the better, and this is where the plot starts rolling. To preclude spoilers, it comes to involve the unfolding of a mystery thereafter.

As of now, the follow-up season has not been confirmed, and so there is no working plot for the second season. The first season ends on a conclusive note, but also brilliantly keeps things an open thread for more questions, leaving a wide berth for further plot developments.

Writer Nick Payne has no doubt the character-driven show will only get better as the show progresses. He said, “If you want — at least I hope, I can only say what we attempted to make — a character-driven thing that isn’t going to compromise the integrity of the characters for the sake of the plot, that’s warm and funny and has this beautiful ensemble of performers, and they are only going to blossom as the show goes on, yeah please watch.”

Wanderlust Season 2 Release date: When will it premiere?

Wanderlust Season 1 premiered on Oct 19, 2019 on Netflix. Even though possibilities are ripe for it, Wanderlust has not been renewed for a second season by BBC or Netflix yet, and we have no official air dates for the same yet either. We will be updating this article periodically if and when more news comes up, so keep a tab on us to stay updated on Wanderlust Season 2 release date.

Since there have not been any updates on a new season from BBC or Netflix till date, there are no teasers, trailers, or other promo materials for an upcoming season. If you want to get a sneak peek into it beforehand, you can watch the official trailer for the debut season here.