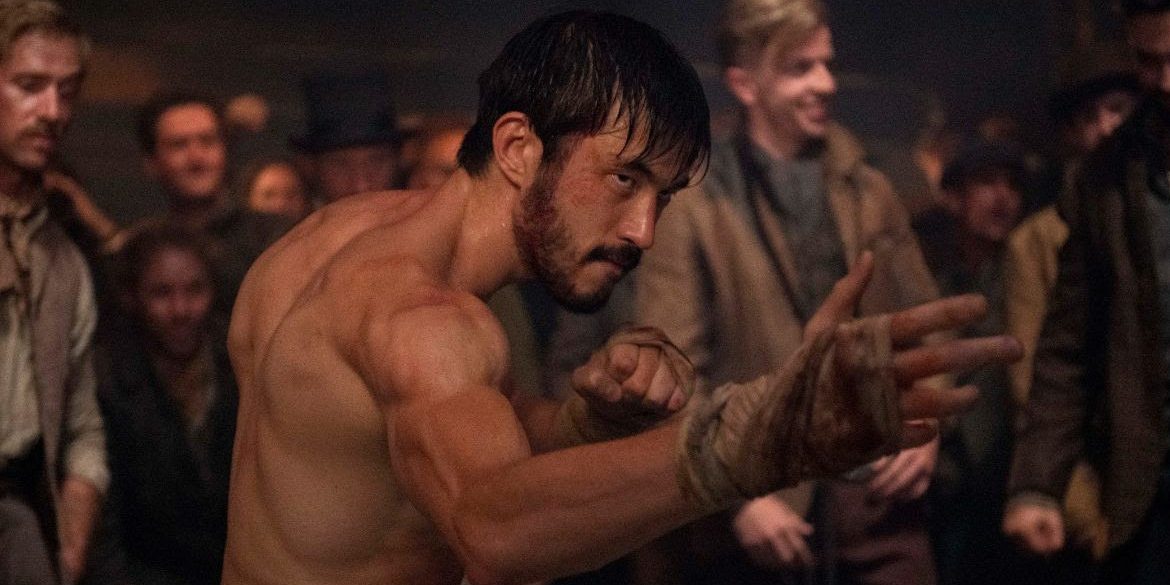 Creator Jonathan Tropper crafted the gripping action drama series ‘Warrior‘ from an original concept by the legendary Bruce Lee. Set in the late 19th century, the show revolves around the ultraviolent Tong Wars that kept the historic San Francisco Chinatown covered in blood. The show follows the prodigious martial arts expert Ah Sahm, who travels to San Francisco in search of his sister but gets plunged into the local gang warfare.

Since its initial release in April 2019, the critically acclaimed Cinemax original show has spawned two seasons. With the network discontinuing production, there was an air of uncertainty surrounding the series. Additionally, the cliffhanger in the season 2 finale must have got you eager to know what happens next. So, allow us to spill all that we know about the potential season 3!

‘Warrior’ season 2 premiered on October 2, 2020, on Cinemax, with the season finale being aired on December 4, 2020. The show’s sophomore round packs ten episodes with runtimes ranging between 44 and 66 minutes each. In January 2021, seasons 1 and 2 were released on HBO Max.

Let us now get to the development details of the third installment. If the buzz has gotten to you, then you already know that the third season is a certainty. Cinemax had to cancel the show following its discontinuation of original productions, but the fans were quite outraged. The fan petition for the anticipated third season received over 68,000 signatures, and the followers had the final word. On April 14, 2021, the series was finally greenlit for season 3, while it was announced that the show would officially move to HBO Max.

Thanks to a fiery post shared by a designer working on the show, we believe that filming for the third season is well underway. The team spends quite a lot of time on post-production to create the perfect historic ambiance, but we can expect ‘Warrior’ season 3 to release sometime in Q1 2023.

Warrior Season 3 Cast: Who is in it?

The series depends on an enormous cast ensemble, and almost all of the prominent cast members are set to reprise their roles in the third installment. Andrew Koji will indeed be back as Ah Sahm, alongside Jason Tobin (Young Jun) and Dianne Doan (Mai Ling). Kieran Bew will essay the role of “Big” Bill O’Hara, while Dean Jagger will reappear as the Irish union leader, Dylan Leary.

Among other notable cast members, we will see Joanna Vanderham (Penelope Blake, the mayor’s wife), Langley Kirkwood (Walter Franklin Buckley, the deputy mayor of San Francisco), Dustin Nguyen (Zing), Céline Buckens (Sophie Mercer, Penelope’s sister), Miranda Raison (Nellie Davenport), and Chen Tang (Hong). We may also see Tom Weston-Jones as Richard Henry Lee once again. The third season may introduce some new characters, but it seems that the members of the production team have kept their lips sealed for the time being.

Warrior Season 3 Plot: What is it About?

In the second season’s finale, Mai Ling visits Young Jun and reveals to him that she is the sister of Ah Sahm. In another development, Lee resigns from the force even though Bill tries to make amends. Jun goes to confront Ah Sahm, as he wonders whether Sahm has any connection to Long Zii tong. After a gruesome fight, Ah Sahm finally defeats Irishman Leary. He further warns Leary to stay away from Chinatown.

More surprises await the viewers as Penelope is admitted to a mental health facility after being framed by Buckley. Later, Mai Ling seemingly gets the upper hand on the Deputy Mayor as she blackmails him into closing down the Hop Wei’s operations. In an unexpected turn of events, Zing plans a prison break.

Hopefully, the third season will move the story forward from the impasse of the second season by providing answers to some of the glaring questions. Going into the third season, Mai Ling will have immense power with Deputy Mayor Buckley as her pawn. Initially, Leary was a working-class politician positing a severe threat to Buckley. But following the humiliation by Ah Sahm, Leary may find a reason to team up with Buckley and wage war against the tongs.

Hopefully, Sophie will set aside her differences with Penelope and try to get her released from the institution. Moreover, with Zing’s skill set, he will have no difficulty breaking free from prison. He may even get some help from Mai Ling. In the bigger picture, a war waits to break out between the Hop Wei and the Long Zii, but if Mai Ling gets a hunch of the mayor’s real plan, maybe she will be able to put the war on hold. With the diverse and entwined story arcs remaining to be explored, the third season will be much more cerebral and chaotic.