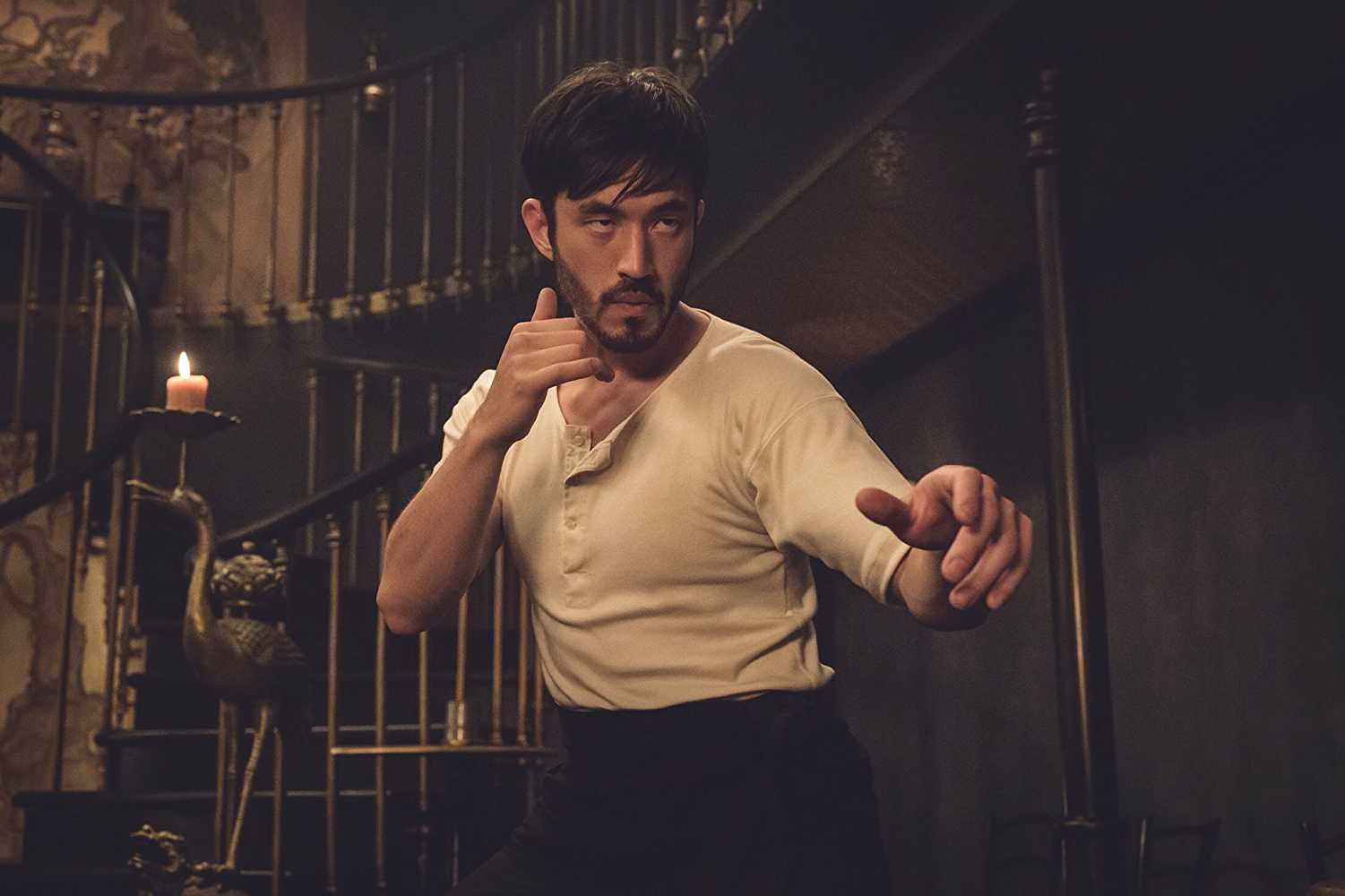 ‘Warrior’ is an American action drama history television series that airs on Cinemax. The show is created by Justin Lin and Jonathan Tropper based on the original concept by Bruce Lee.

The history of the series can be traced back to 1971 when Bruce Lee thought of developing a concept for television titled ‘The Warrior’. The concept included a story about a material artist in the Old West of America. Lee pitched his idea to Warner Bros as well as Paramount. Both the studios didn’t warm up to his idea at the time — indicated as such — but later, Warner Bros. turned his concept into another series titled ‘Kung Fu’ with David Carradine in the lead role. Lee was not given credit by the studio. Interestingly, at the end of Quentin Tarantino’s ‘Pulp Fiction‘, when Jules retires from his job as a hitman and enforcer for Marsellus Wallace, he tells his partner Vincent that he intends to ‘walk the Earth like Caine in Kung Fu’. The show ‘Kung Fu’ itself is about a Shaolin monk in the Wild West, much like the plot of ‘Warrior’. Anyhow, Tarantino was familiar with ‘Kung Fu’ and even went on to cast Carradine as the titular character in his ‘Kill Bill‘ movies.

Apparently, Lee was not cast in the show because of his thick accent and ethnicity. After more than four decades, in 2015, Bruce Lee’s daughter Shannon Lee and Perfect Storm Entertainment announced that they will reproduce the series and air it on Cinemax. They decided to choose Justin Lin to direct the series. After their announcement, the production began on 2017, October 22, in Cape Town of South Africa.

Loni Peristere, Lin Oeding, David Petrarca, Assaf Bernstein, and Kevin Tancharoen directed the series. The show airs on Cinemax and first premiered on April 5, 2019. Overall, the show received a positive response on its release. Review aggregator website Rotten Tomatoes summed up the critical consensus as: “Though it often buckles under the weight of its lofty ambitions and ideological pedigree, Warrior’s devil may care attitude provides thrilling energy and action that will please those looking for a period drama with a little kick.”

Warrior Cast: Who is in it?

The protagonist of the series is Ah Sahm, who is played by Andrew Koji. Along with acting, Andrew is famous as a writer and producer, who might seem familiar to you because of his work in ‘The Wrong Mans’ and ‘Call the Midwife’. He is known to have written and produced his own films. Ah Sahm is a Chinese Kung Fu practitioner of American ancestry from his American grandfather

The role of Young Jun is portrayed by Jason Tobin, an actor, writer, and director form Hong Kong, and best known for his acting in ‘The Fast and the Furious: Tokyo Drift‘ released in 2006. Jun is Father Jun’s son and heir to the Hop Wei. Olivia Cheng, the famous actress from ‘Marco Polo’, stars in the role of Ah Toy, a bisexual Madame in charge of the Hop Wei’s brothel.

Dianne Doan, famous for ‘Vikings‘, is cast in the role of Mia Ling, the wife of Long Zii, head of the Long Zii Tong. Kieran Bew stars as  Officer “Big Bill” O’Hara, an Irish police officer promoted to the led the Chinatown squad. Dean Jagger stars as Dan Leary, an American Civil War veteran and Crime lord of the Irish gang.

In the upcoming season, hopefully, most of the main characters will return, and they are likely to be joined by some new faces as well, who will make the premise of the show even more interesting.

Warrior Plot: What is it about?

‘Warrior’ is an action series with a lot of drama and history that is set against the backdrop of Chinatown of San Francisco in the aftermath of the Civil War. The show focuses its attention on the story of a young prodigy of martial arts, who has arrived for the first time in San Francisco. Little did he know that he would be caught up in the bloody Tong Wars of Chinatown.

The story begins with the introduction of Ah Sahm, the protagonist. He meets Chao, a fixer, who introduces Ah to the most ruthless tong of Chinatown, called the Hop Wei. Ah successfully impresses the tong leader Father Jun’s son, Young Jun, and gets branded and is taken to a brothel. There he becomes friends with a courtesan with connections named Ah Toy. Later, he goes to search for a woman who left China two years back. While searching, he comes across the followers of the rival tong leader Long Zi, by the names Mai Ling and Li Yong.

Meanwhile, two Chinese laborers get killed by white thugs, and ‘Big Bill’ O’Hara, a police sergeant, gets the task of creating a Chinatown Squad. Ah Sahm, along with Young Jun, gets himself involved in the interception of opium shipment at the docks. Ah Sahm pays a steep price for playing the hero as he gets the cold-shouldered by Hop Wei. With his fate in the hands of an unexpected ally, the show builds towards an action-packed thrilling climax.

The show is full of twist and turns. It is also packed with – as you would expect – some really cool martial arts action scenes. There’s no question that the creators have put their heart and soul into the show. It definitely is a labor of love. Justin Lin, the creator of the show, shared in an interview, “I’ve been fortunate to be able to try everything. But I have to say Warrior has been my pride and joy.”

Warrior Season 2 Release Date: When will it premiere?

‘Warrior’ Season 1 premiered on April 5, 2019, on Cinemax. As far as the next season goes, we have good news for the fans. On April 24, 2019, Cinemax renewed the show for a second season. This doesn’t come as a surprise to many considering the popularity of the show. Len Amato, the president of HBO Films, Miniseries and Cinemax Programming said, “Bruce Lee’s vision is alive and well. ‘Warrior’ combines high-energy martial arts with wit and brains. We’re thrilled to renew such a great show for a second season on Cinemax.”

Even though no release date was announced, our best guess is that ‘Warrior’ Season 2 will most likely release sometime in April 2020. We will update this section as soon as we hear more.

While we wait for ‘Warrior’ Season 2, you can check out the trailer for Season 1 to refresh your memories. If you have not seen the series, check out Bruce Lee’s cool vision for a martial arts tale come to life.