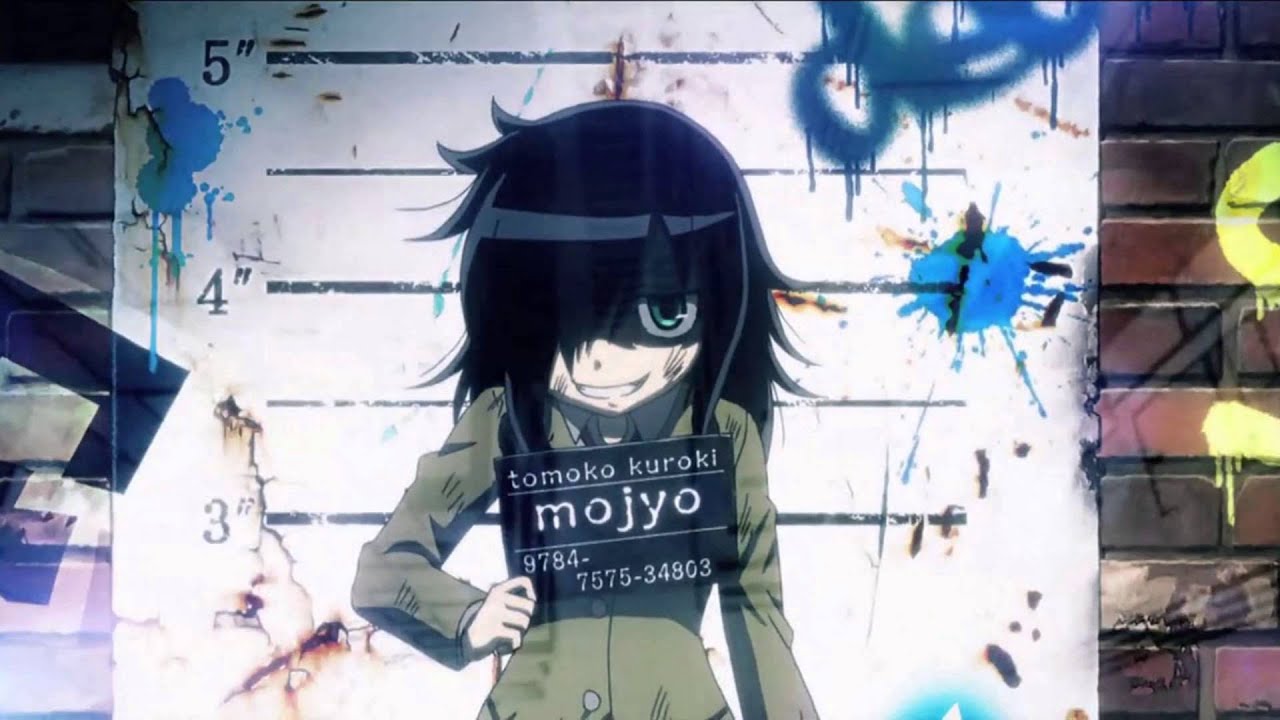 Over 1.5 million copies of the series were printed within the first one and a half years of release in Japan alone and it soon gained traction overseas due to fan translated material that were circulated over 4chan forums. Noting the popularity of the series, Yen Press went ahead and licensed the series for the North American and UK regions. It began publishing the series from the 29th of October, 2013 in the aforementioned regions.

A spin-off 4-panel manga series was also developed and was titled ‘No Matter How I Look at It, It’s You Guys’ Fault My Friend’s Not Popular’, or ‘TomoMote’, in short. It was featured on Square Enix’s ‘Gangan Joker’ magazine between the 22nd of January and the 22nd of July, 2015. The English version of the manga published by Yen press has some of the most interesting names for their chapters that we have come across in the recent past. Each of these chapters are called ‘fails’ and always contain the prefix ‘I’m Not Popular, So’, followed by the actual chapter name. Now the actual chapters are then named according to its theme, like ‘I’ll try a little makeover’ or ‘I’ll draw a portrait’, leading to some hilariously innovative names.

An anime adaptation of the manga was announced by Silver Link in the year 2013 and eventually started airing on the 8th of July the same year. It ran till the September 23rd, producing a total of 12 critically acclaimed episodes. During this time, Crunchyroll announced that they will be streaming the anime on their website and started simultaneously casting it along with the Japanese version. The series is directed by Shin Oonuma with the scripts being provided by Takao Yoshioka and character designs by Hideki Furukawa. Along with the 12 episodes, an OVA was also produced and released with the 7th volume of the manga on the 22nd of October, 2014. Both the anime and the OVA are licensed by Sentai Filmworks in North America.

WataMote Season 2 Release Date: When Will it Premiere?

WataMote season 1 premiered on Jul 9, 2013. Since then, there have been no official announcements from the developers about a new anime season in development. It was clear from the schedule that the anime was supposed to support the manga and boost its sales, which it managed to accomplish. Therefore, there is no reason for the producers to revive this one. Also, the source material has not circulated for quite some time now. If the writers do decide to bring back the manga, then we might perhaps be greeted with a new season to support that but otherwise, as it stands now, that seems pretty far-fetched. Although it is possible for them to produce a completely new story arc containing characters like Naruse in the foreground, it seems pretty out-of-the-way, given that we have not heard news of developments of any kind in the last several years. At this point WataMote season 2 release date of 2021 or 2022 seems like a distant dream.

You can stream ‘WataMote’ on Amazon Prime and Crunchyroll with original Japanese audio and English subtitles.

The central character of the plot is Tomoko Kuroki, a 15-year-old girl suffering from depression and social anxiety. She is not really the most sensible of characters due to this cause and she often lashes out at her close ones in order to gain recognition. She simply strives to blend in with her peers but her mental condition does not allow her to convey her feelings to them; she is left stranded in her own world. This often leads to frustration and bouts of anger, which further affects her relationship with her immediate acquaintances.

However, as Tomoko reaches high school, she is optimistic about her new life. She feels confident that she will be able to make a new set of friends while socializing with them. Her extensive knowledge of otome games should also provide her with the basic groundwork required for communication, or so she feels. She soon discovers that she has become a loner and finds it extremely difficult to spend lengthy hours engrossed in conversation. This surprises her as she always thought of herself to be the popular kid, but two months after joining the institution, she is forced to reassess her own self. This is made clear in the first episode of the anime where she says that she wants to change but is not able to. She understands that it is extremely important for one to understand their own place and try to keep up with their surroundings.

Tomoko accepts that she is not the person that she thinks she is and goes to her brother in search of help. The fact that she has been unable to make a single friend in the new institution, let alone a boyfriend, has really gotten to her head and she asks him to help her. She wants to strike up conversations with her classmates, especially boys, which does not bode well with her brother; he refuses to help, adding to her problems.

Tomoko finally decides that she needs to change her image. Perhaps she is not ‘looking’ like a high school girl enough and should focus on that aspect for the time being. The following day, she is seen taking part in various ‘high school girl’ activities such as eating at a burger place and reading at the local bookstore. However, this does not help her in the long run. From a very early stage, we can see bipolar characteristics. There are certain stages when she radiates confidence and there are times when she can be seen sulking under the burden of her own thoughts. This comes to the notice of her friends who proceed to mock and ridicule her for her loner characteristics.

Tomoko Kuroki: Tomoko is the main protagonist of ‘WataMote’. She is a 15-year-old girl who has been ostracized by her friends due to her mental condition. She suffers from social anxiety, depression and negativity and this has rendered her completely alone. This does not mean that she does not want company. In fact, she often goes to great lengths to grab attention, but most of the times, she fails miserably. She does have a grim outlook on life and this coupled with her mental condition lead her to commit various acts that only drive her further away from her peers. Stuck in a social limbo, she is unable to convey her feelings even to her own brother and as a result, spends most of her days inside her own room, playing online video games.

Yū Naruse: Possibly the only one friend of Tomoko, Naruse plays a critical role in Tomoko’s transformation. This does not mean that Naruse does not go through changes of her own. After having joined high school, she also has a fresh outlook on life. Initially looking like a geek from the 80s, she radically transforms herself after joining the institution, much to the jealousy of Naruse. The fact that Naruse has quite a heavy chest is also a subject of jealousy for Tomoko but throughout the course of the storyline, Naruse continues to treat Tomoko as her best friend. She also happens to be the protagonist of the spin-off 4-panel manga series.