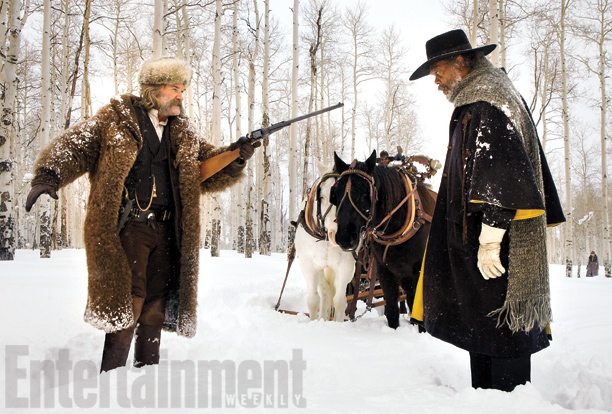 Quentin Tarantino. That name alone is enough to get people excited for a movie, irrespective of the content of the film itself. So, yes. He is back with ‘The Hateful Eight’, follow-up to ‘Django Unchained‘, this year. As great as the trailer is, don’t be surprised if it reminds you of ‘Django Unchained’. Why ? Well, because both are westerns set in 19th century. To those wondering that why make a western again ? Tarantino has assured us that the film will feel fresh and nothing like we have seen from him before.

Anyway, enjoy the trailer below. I have also added the synopsis of the film:

In post-Civil War Wyoming, bounty hunters try to find shelter during a blizzard but get involved in a plot of betrayal and deception. Will they survive?