Will There be a We’re Here Season 2? 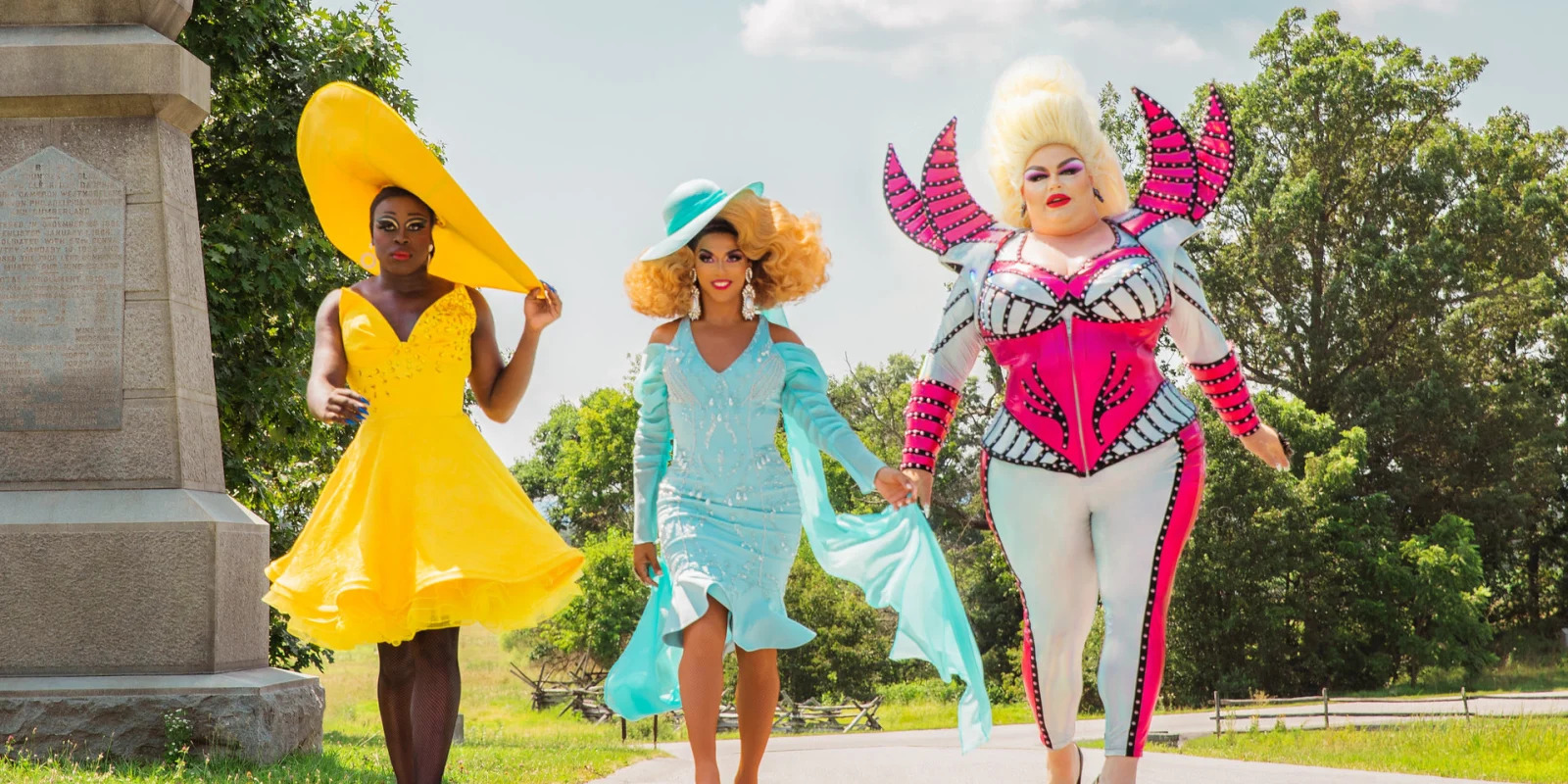 ‘RuPaul’s Drag Race’ is responsible for popularizing drag culture. After ‘NightGowns with Sasha Velour’ and ‘Dragnificent,’ HBO’s ‘We’re Here’ further strengthens the foothold of the genre in the mainstream media. The drag reality docu-series follows three performance artists, Bob the Drag Queen, Eureka, and Shangela, as they set out to spread their magic in small towns across the United States, to reinvent the lives of some fortunate locals for a one-night drag show.

The show has been created by Stephen Warren and Johnnie Ingram, while Peter LoGrec serves as the director. Its first iteration garnered a lot of attention, especially among the fans of the Fab Five, as it is basically a blend of the heart of ‘Queer Eye,’ with straight-up drag transformations from ‘RuPaul’s Drag Race.’ If your wig is snatched and you can’t wait to learn more about the release date, cast, and other details of ‘We’re Here’ season 2, keep reading!

We’re Here Season 2 Release Date: When Will it Premiere?

“We’re Here resonates in ways we had hoped for but couldn’t really have anticipated. The stories of our small-town drag daughters created an incredibly positive communal experience. We can’t wait for Bob, Shangela, and Eureka to continue their journey helping others find their voice.” Although no release date has been confirmed yet, we expect ‘We’re Here’ season 2 to premiere sometime in Summer 2021.

Who Will be The Mentors of We’re Here Season 2?

The show features three seasoned drag stars who take over some towns across America to mentor a few locals as their “drag daughters” for a one-night event. Bob, the Drag Queen, is the stage name of actor, musician, and comedian Caldwell Tidicue. Full of confidence and sass, the queen is the winner of ‘RuPaul’s Drag Race’ season 8. Apart from drag shows, her notable acting credits include ‘Tales of the City’ and ‘High Maintenance.’

Eureka O’Hara is the alter-ego of David Huggard. After living as a transgender woman for many years, David now identifies as gender-fluid and gender-neutral. They are best known for competing in ‘RuPaul’s Drag Race’ seasons 9 and 10. Darius Jeremy Pierce goes by the drag name Shangela Laquifa Wadley. You may know him from ‘RuPaul’s Drag Race’ season 2 and 3. Shangela is best known for his performance in ‘A Star Is Born,’ which enabled him to become the first-ever queen to strut down the Oscars red carpet in drag. The entire trio will return for season 2.

What Can We’re Here Season 2 be About?

The show chronicles the experience of three famous drag queens, Shangela Laquifa Wadley, Bob The Drag Queen, and Eureka O’Hara, as they move across small towns like Gettysburg, Twin Falls, Missouri, etc. to team up with locals and groom them for a one-night-only drag event. After meeting a few locals from the vicinity, the queens select their mentees, which range from legit queer artists, allies to former homophobes who are in the unlearning process. During their journey, the queens also deal with strange and hostile looks from some bystanders, while some locals embrace them with love.

The emotional and heartwarming show deals with the volunteers/mentees who have their personal reasons to engage in drag performance. Some of them are intrigued and curious to know what it feels like to be a drag queen, some seek acceptance from society, while some want to repent for their toxic thoughts related to queer identities. The 1st season also showcases a straight couple opting for a drag-themed wedding, a father who wants to extend his support to his daughter. The queens also help a gay make-up artist, who longs for his father’s love and acceptance, along with a religious Christian mother who wants to mend her relationship with his estranged bisexual daughter.

Season 2 will embrace the same format, but it might go international. If COVID-19 permits, the new iteration is expected to feature more fun, more diverse cultures, and more intimate stories.