We Are Lady Parts Season 2: Everything We Know 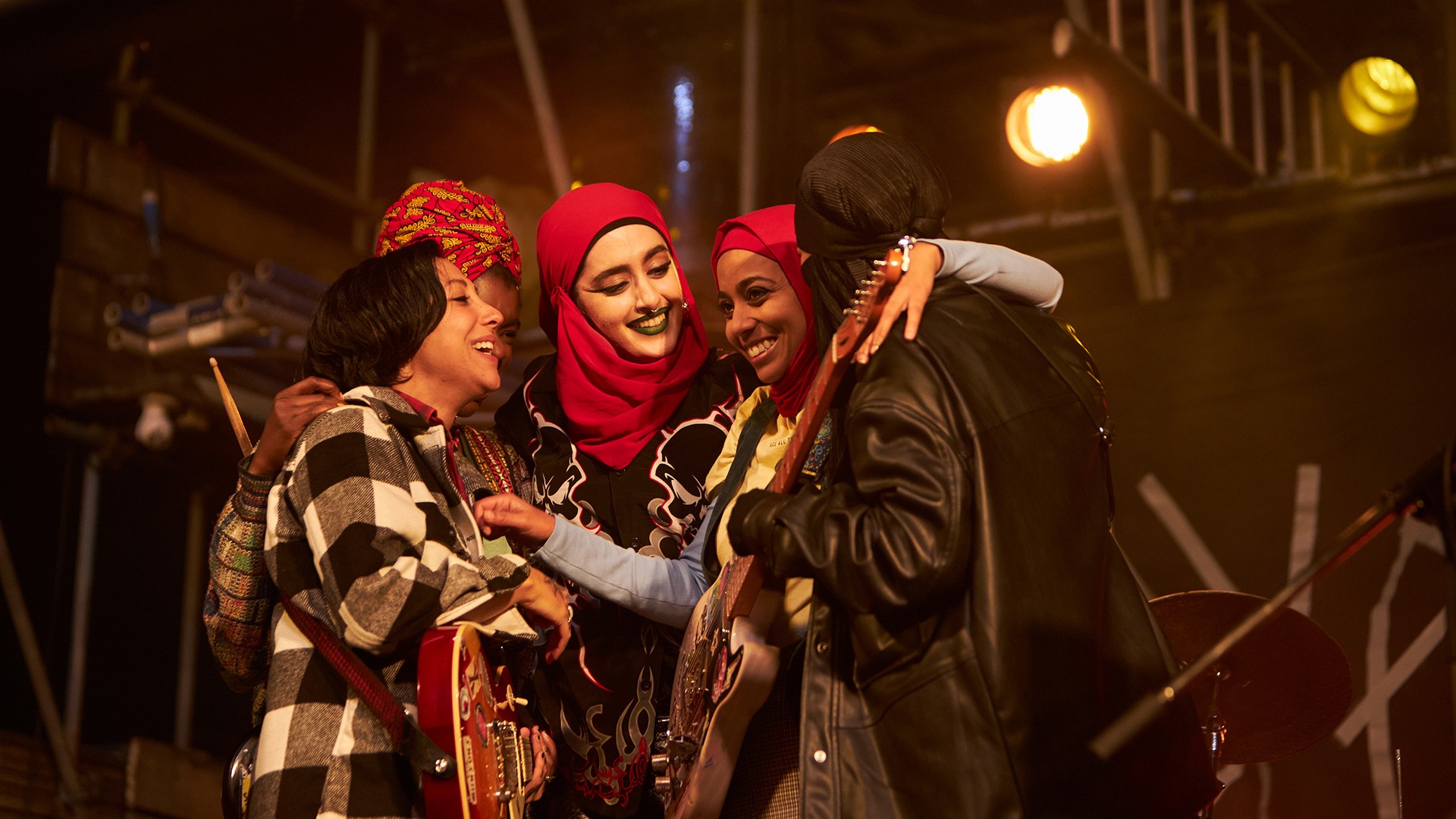 ‘We Are Lady Parts’ is a British young adult comedy series that follows a punk rock band of all Muslim girls. The angsty teenagers not only have bold statements to make but are caught up in various social customs. However, at the heart of their endeavor remains a desire to find their own voice. The ground-breaking series is created by Nida Manzoor, who also wrote and directed the show’s first season. Critics have lauded it for its subversive traits and authentic representation of minorities.

The journey of Amina and her bandmates resonates with the audience, especially those who do not feel represented in the crazy vast spectrum of the pop-cultural zeitgeist. As a result, not only is the show a delightful watch, it is also a necessity in the rapidly diversifying landscape of film and television. So for those who are hoping that we continue to hear the unapologetically honest voice of the titular band, here’s everything you need to know about ‘We Are Lady Parts’ season 2.

‘We Are Lady Parts’ season 1 arrived was released in its entirety on June 3, 2021, on Peacock TV. The debut season comprises six episodes with a breezy runtime of approximately 25 minutes each.

As for a second season, there has been no official comment either from the show’s creative team or network just yet. Given the overwhelmingly positive response from the audience and the wider reach the show has obtained through the aforementioned streaming service; it is entirely possible that the female-centric comedy will be renewed for a second season soon. In that case, ‘We Are Lady Parts’ season 2 could be set to rock and roll on our screens sometime in 2023.

We Are Lady Parts Season 2 Cast: Who can be in it?

The first season of ‘We Are Lady Parts’ stars Anjana Vasan as Amina, the new lead guitarist of the eponymous band; Sarah Kameela Impey as Saira, the wildly confident lead singer; Juliette Motamed as Ayesha, the upbeat drummer; and Faith Omole as Bisma, the thoughtful and calm bassist of the band. Lucie Shorthouse plays the band’s tough-loving manager Momtaz, and Aiysha Hart appears as Amina’s best friend, Noor.

In the prospective sophomore outing, we expect the entire band to return along with their manager. Therefore, most of the main cast should reprise their roles from the first season. We also expect to see at least a couple of new additions to the cast, and a few recognizable faces from the British music scene might make a guest appearance. One can certainly hope, right?

We Are Lady Parts Season 2 Plot: What can it be About?

‘We Are Lady Parts’ season one maps the journey of Amina as she becomes a part of the all-girls band. The first season focuses on Amina, who tries to balance her life as a reputed Ph.D. student with her newfound passion for punk rock. Each of the other band members similarly struggles with their own identity in society. Ultimately, the bad get one step closer to reaching their ultimate goal: to perform professional gigs.

The main themes of the show are friendship, sisterhood, love, self-discovery, etc., which allow the writers to continue spinning out new conflicts for the characters. If there’s a second season, Amina will most likely have to reassess her life after being shunned by her friends at the university. The band’s romantic entanglements and family life will also continue to create hurdles in their path towards success. As the group starts to gain recognition, clashes among band members are inevitable in the follow-up season. Lastly, the potential season 2 will certainly have a feet-tapping soundtrack much like its predecessor.