We Children from Bahnhof Zoo Season 2: Everything We Know 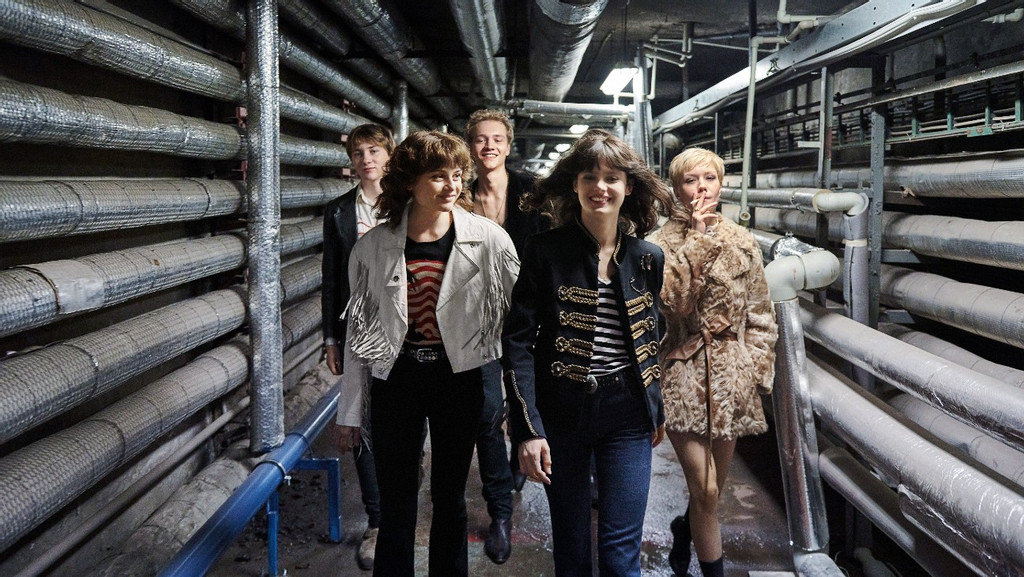 ‘We Children from Bahnhof Zoo’ is a German-language coming-of-age drama television series that follows a group of youngsters who explore their idea of excitement and youth but get trapped in a whirlpool of recklessness. What begins with an adventure ends up in a haze of drugs, prostitution, and trauma. Created by Philipp Kadelbach, Annette Hess, Sophie von Uslar, and Oliver Berben, the show first premiered in February 2021 on Amazon Prime Video in Germany. It was then released in several other countries, including the US, UK, New Zealand, Australia, France, Canada, and Spain, to name a few.

The coming-of-age series received critical acclaim in the home country. It has garnered high praise for its inclusion of challenging yet universal issues. The show is painfully relatable since it is inspired by true events. After binge-watching the first season, fans are already seeking information about a potential season 2. Well, here is all that we know about it!

‘We Children from Bahnhof Zoo’ season 1 landed on April 9, 2021, on Amazon Prime Video. Prior to its international release, the series premiered in Germany, Austria, and Switzerland on February 19, 2021. The first season consists of eight episodes with a running time of 46-57 minutes each.

As far as the second season is concerned, here is what you need to know. An official announcement confirming whether or not the series will be back for round two has not been made yet. ‘We Children from Bahnhof Zoo’ is a reboot of the 1981 film ‘Christiane F.,’ which is based on the memoir titled ‘Zoo Station: The Story of Christiane F’ or ‘Wir Kinder vom Bahnhof Zoo.’ The book became one of the biggest non-fiction bestsellers since World War II, while the film was a massive hit in Germany and sold nearly five million tickets.

The solid response that the film and the book have received paints the picture of a bright future for the Amazon Prime series. Even though the show is based on a memoir, Berben admitted that it does not strictly follow the original story. In an interview with Variety in March 2021, he said that the show is fictional and is set in its “own time zone.” This could mean that even if it covers the events in the source material, it may not be the end of the story for the characters since Berben emphasized that the storyline for the series is character-driven.

Therefore, the creators may have kept a door open for another iteration. The first season took about four months to finish filming. So, if another season is ordered by summer 2021 and filming wraps up by the end of the year, fans can expect ‘We Children from Bahnhof Zoo’ season 2 to release sometime in Spring 2022.

We Children from Bahnhof Zoo Season 2 Cast: Who can be in it?

The group of friends that are at the center of the storyline includes Christiane (Jana McKinnon), Stella (Lena Urzendowsky), Babsi (Lea Drinda), Axel (Jeremias Meyer), Michi (Bruno Alexander), and Benno (Michelangelo Fortuzzi). Other significant characters are Karin (Angelina Häntsch), Dijan (Nik Xhelilaj), Nati (Valerie Koch), and Robert (Sebastian Urzendowsky). If there is a season 2, we may see all the actors reprise their respective roles, with maybe a few exceptions. New cast members may join the fold if the potential second season introduces fresh characters.

We Children from Bahnhof Zoo Season 2 Plot: What can it be About?

By the end of the first season, another heartbreaking tragedy pushes Christiane to the edge. Following this, she attempts to overdose but survives. While Benno ends up in prison, Stella gets her life together and becomes successful. Michi goes to Prague, and the gang is no longer together. In the end, we learn that Christiane has been sober and agrees to share her story with some journalists. However, Christiane still has a little bit of heroin with her.

If the show is renewed for a second season, we may learn what happens to Christiane. Will she give in to the temptation and start using drugs again? Since Benno is in prison, there may be more to his story. We also know that Christiane has been hurt more than once by Benno’s actions. So, is there is a chance that the two could have a healthy relationship? Well, this can only be learned if the show comes back with another installment.