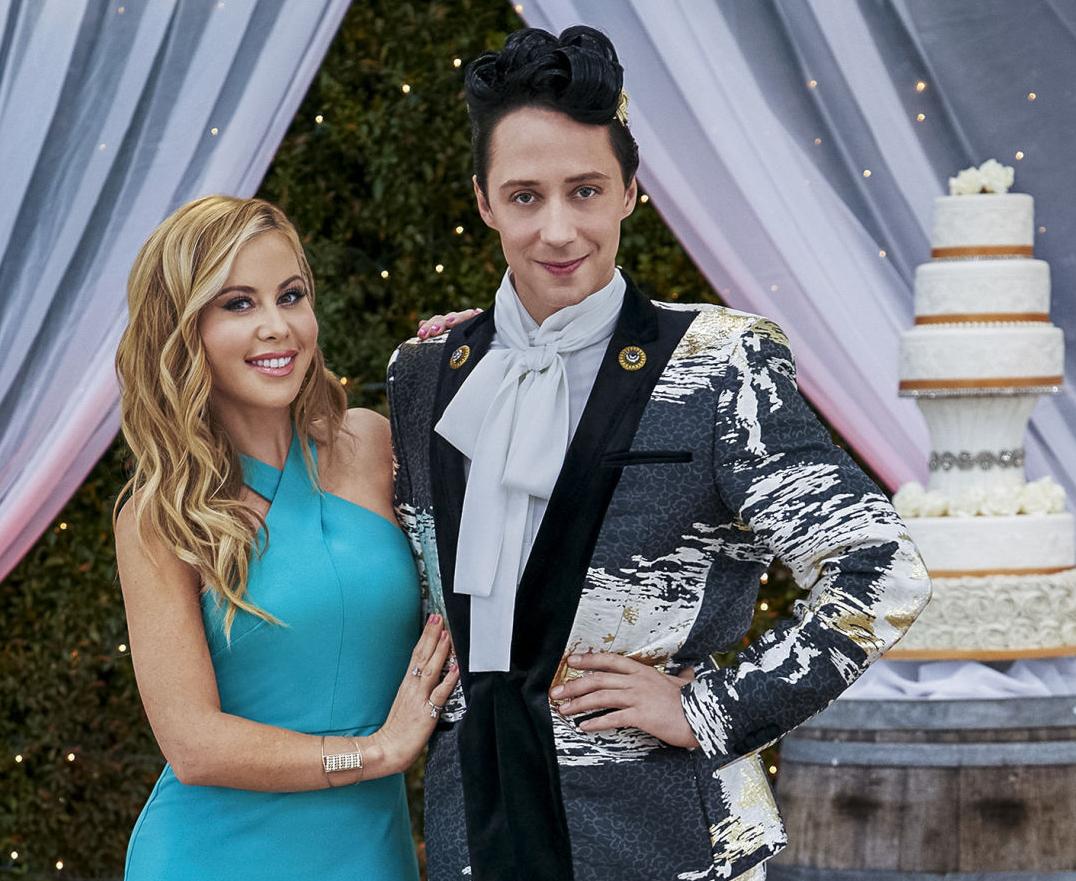 Creating the perfect wedding cake is not a task; it’s a form of art. Wedding cakes, whether themed, traditional, or contemporary, are the most elaborate creations. Food Network, in order to delve further into the fondness of dessert lovers for intricate, delicious wedding cakes, launched its summer food TV competition, ‘Wedding Cake Championship’, on June 18, 2018. The show revolves around expert bakers making the best cake toppers and cakes while attempting to win the final race. Well, this fan-favorite baking show has seen two successful seasons. And here’s all we know about the next season.

Wedding Cake Championship Cast: Who is in it?

‘Wedding Cake Championship’ features Johnny Weir and Tara Lipinski as the hosts. Weir is a national and global Skating Champion, who had qualified as the World Junior Figure Skating Champion in 2001. He has also worked as a commentator and covered other popular shows such as ‘The Kentucky Derby’, ‘The Super Bowl’, ‘The National Dog Show’, and ‘The Beverly Hills Dog Show’.

Tara Lipinski, a figure skater, is an Olympic gold medalist and was the youngest person to win the World Figure Skating title, in 1997 at the mere age of 14. Just like Weir, she has also worked as a presenter and commentator in multiple famed shows.

Featuring on the judges’ panel are Randy Fenoli, Kimberly Bailey, and Maneet Chauhan. While you may already recognize Chauhan from ‘Chopped‘, Fenoli is best known for hosting ‘Say Yes to the Dress’. A native of Southern Illinois, Fenoli is also a world-class fashion designer. On the other hand, Bailey is an expert baker, cake artist, and owns The Butter End Cakery in LA.

Wedding Cake Championship Plot: What is it about?

‘Wedding Cake Championship’  features six teams who try to showcase their extraordinary baking skills. During the competition, they curate wedding cakes for actual couples, planning to take their marriage vows soon. Recently engaged couples arrive at the venue in order to finalize their dream wedding cake, and elite bakers take up the challenges and try to deliver their best specimens. The featured couples have the liberty to give any kind of extreme requests while the contestants need to stretch their limits and creativity skills in order to win the coveted title of Wedding Cake Champion.

The format of the show comprises four hour-long episodes. The first task is to create a cake topper that highlights any city of love. The next step, termed as the cake round, asks the bakers to make a dream wedding cake for professional puppeteers and couple, Andrea and Jered. They want their cake to be a mix of traditional design and puppet themes. After the couple chooses their favorite cake, the judges decide which team leaves the show.

On the next episode, the five remaining baking teams need to make a cake topper that gives an ode to music. And this time, their clients are the dancers, Ashley and Phil. The bakers require to bake a wedding cake highlighting the duo’s passion for dance and Ashley’s favorite flavor, cheesecake. Even this episode witnesses the couple taking the best cake home and the judges eliminating another team.

Following this, the rest of the four competing groups get the task to create a cake on the theme of online dating. On the second round, a couple with the same names, Stephanie and Stephanie, wants a cake that showcases their love for nature and steampunk. Although their favorite flavors are peanut butter and chocolate, the duo asks if the bakers can surprise them with a twist. After this stage, the judging panel decides the final three teams who face each other in the finale.

The grand finale follows these three teams as they curate exceptional, lifelike flower cake toppers. In the final cake challenge, the groups need to make a masterpiece that highlights the glamor and sophistication of New England. The couple featured in season 2 is Ashley I. and Jared, who decided to get engaged on ‘Bachelor in Paradise’. Finally, judges Kimberly Bailey, Maneet Chauhan, and Randy Fenoli announce the winning team, who takes home a grand sum of $25,000 and is crowned the Wedding Cake Champions.

Wedding Cake Championship Season 3 Release Date: When will it premiere?

‘Wedding Cake Championship’ season 2 released on June 3, 2019, on Food Network. As far as the next season goes, we don’t have an official announcement yet. Though considering the show’s simplistic nature, we would be surprised if it doesn’t get another season. Our best guess is that if the show does get renewed, ‘Wedding Cake Championship’ season 3 can release sometime in June, 2020. We will update this section as soon as we hear more.

Below is the official promo for ‘Wedding Cake Championship’. You can be regularly updated with the latest competition highlights, announcements, and exclusive video clips at show’s official website.