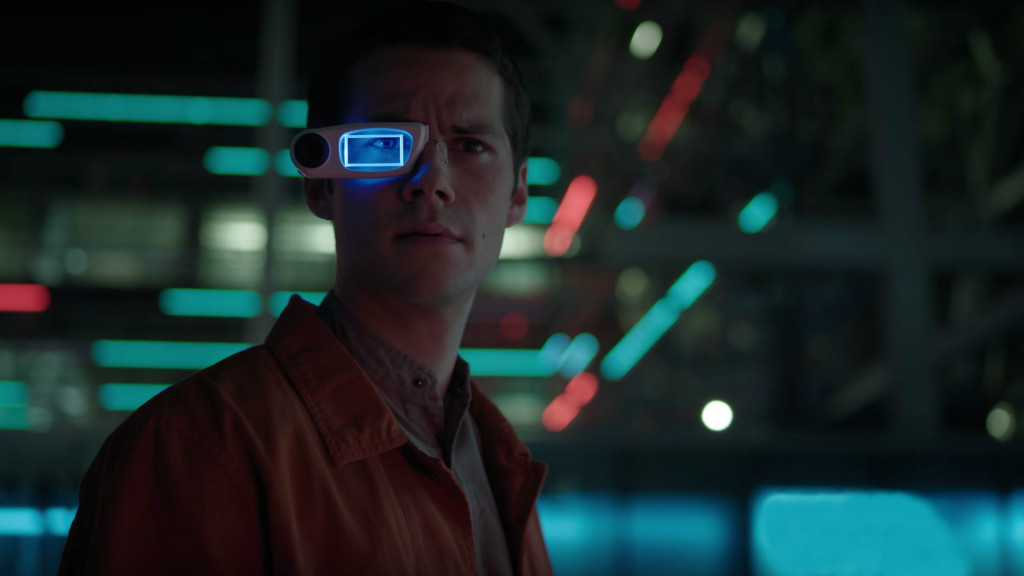 Weird City is a dystopian series created by comedian Jordon Peele and writer Charlie Sander who worked together on the hilarious Kay and Peele. They bring their brand of comedy to this new show as well. The show is a fun take on how technology is bound to change our lives. If you are a fan of dystopian fiction and have enjoyed shows like The Black Mirror, you will love this comedic take on the future. Although, it is nothing like the Netflix Original dystopian sci-fi series. Weird City keeps it light and funny, and the stories it tells are bizarre, to say the least. The show has six episodes, of 30 mins each, with several over the top characters and storyline. Some big names featured in the mix are Ed O’Neill (Jay from Modern Family) or famous American rapper Awkwafina.

When Jordon Peele was asked to elaborate on the series, he said, “Writer/creator Charlie Sanders and I collaborated on some Key & Peele sketches that took on everything from the ‘Black Republicans’ to ‘Continental Breakfasts’ to ‘Family Matters. Now, with YouTube, we present a series of comedy-driven twisted-a** science fiction stories that take place in a world close to ours but just a little bit off.“

Weird City Cast: Who is in it?

The anthology theme means the show has some really great celebrities playing peculiar characters. It allows the show to engage big names which would have not been possible otherwise. Although a few characters are repeated like the officers at ‘The line,’ each episode tells a new story. Gillian Jacob, Malcolm Berrett, Hannah Simone, and Laverne Cox are some of the stars of Weird City.

Weird City Plot: What is it about?

The city has two sectors/ below the line and above the line; the Haves (people who have stuff) live in the better part of the city, the Have-Nots, well they live below the line. It is an obvious pun on the disparity in our society. No amount of technological advancement is going to blur the lines between the privileged and the poor.

The show opens with Ed O’Neill and Dylan O’Brien who are unwittingly matched by a dating app. The creator of the app swears by its perfect mathematical algorithm that is bound to match you with ‘the one that is the one’. It is really cute to see the macho Jay snuggling with the pretty boy Dylan O’Brien. The unlikely pair and their misadventures tug at your heartstrings. Michael Cera, the awkward nerd from Superbad stars in episode two. He does a fine job playing an outcast and occasionally has his hands down his pants or is seen munching on worms. Rosario Dawson also features in this episode as a trainer at a cult-like gym.

Some of its quirks like an instant therapy vending machine, or a virtual dog park reflect the creativity of the writers. There is a clear distinction between the two sectors which is again a reflection of good direction. The first episode has rickshaws as the mode of transport for those below the line, while the Haves move around in electric cars. The clothes have been designed to look futuristic with a weird touch to them. There are no space suits or anything just regular clothes that look trendy in a weird way. This clairvoyant show is witty, yet it has a certain kind of intelligence to it.

The creativity of Weird City enables all kinds of viewers to enjoy the show. A good satire can only work when the jokes are silly but also smart. Weird City does a fantastic job of creating goofy characters that are relatable. The over the top acting works exceedingly well and the short run time keeps each episode crisp and interesting. The only thing anyone would take issue with is that there are only six episodes for you to enjoy.

Technology has the potential to change the way we live, heck it already has changed so much. Well, Weird City does not answer any profound questions, but it manages to make fun of an increasingly dysfunctional society. There is more to this show that just its jokes but you will have to watch and judge for yourself.

Weird City Season 2 Release Date: When will it premiere?

YouTube is mostly known for its standalone videos; they have very limited scripted content. But Weird City has generated a lot of online interest, and that is a likely indicator of a future for the show. The six-episode season made its debut on February 13, 2019. It takes months of data collection for any channel to decide if a show is worthy of more seasons. But we do hope to see a second season of Weird City with bigger celebrity names and more quirkiness. In all likelihood, season 2 of Weird City may be renewed by the end of 2019 and release sometime in early 2020. We will be monitoring relevant sources to bring you a confirmation in this regard so, stay tuned!

Here is the official trailer of the season 1 of the show. The first two episodes are freely available on YouTube, and you can stream the rest on YouTube Premium.