When Does Wentworth Season 8 Release? 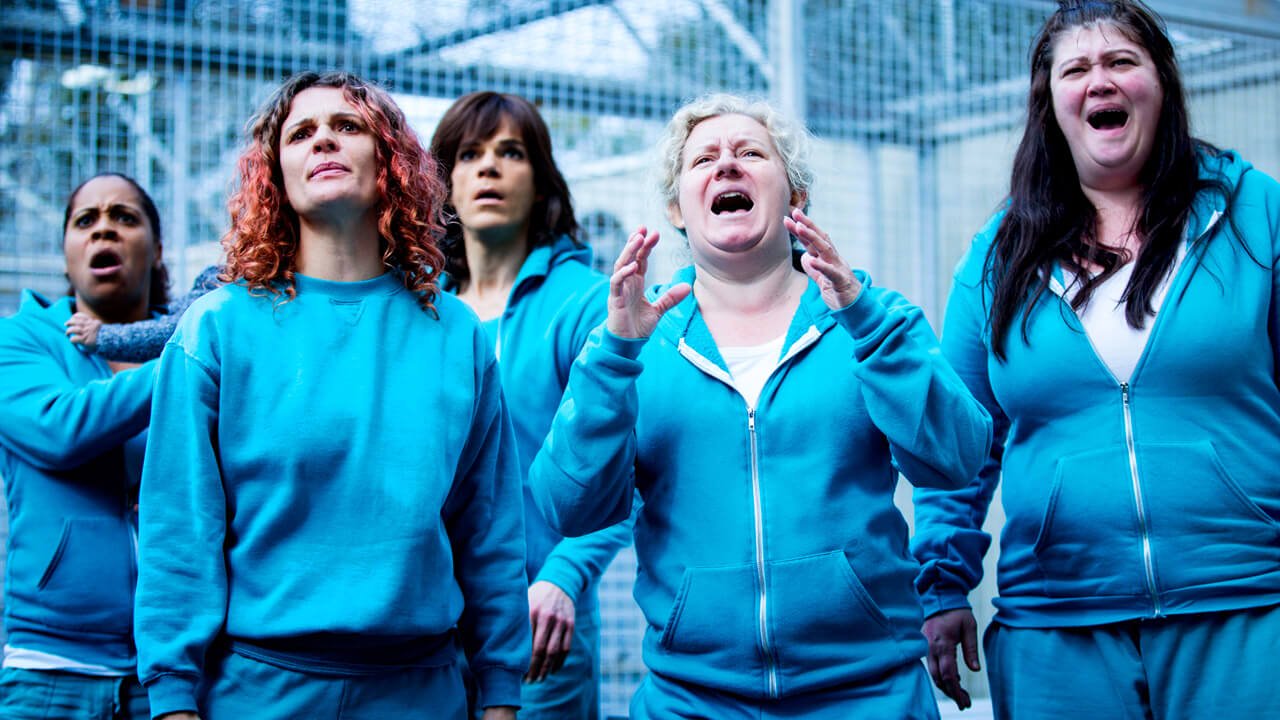 ‘Wentworth’, the Australian female-centric prison drama, is definitely the go-to option for fans after they finish binge-in on ‘Orange Is the New Black’. And many viewers even end up saying that ‘Wentworth’ puts a more realistic face on life behind prison bars as compared to OITNB. There’s no sugarcoating and the gritty, dark drama revolves around a group of strong, humane women — who will do anything to survive.

However, after the show decided to kill off the main character, Bea Smith (Danielle Cormack) in season 4 and then eventually pulled away Franky (Nicole Da Silva) from her role as the charismatic second protagonist in season 6, the show lost its appeal considerably. Yes, even the viewership numbers have declined across the seasons. But still, certain shows survive on their name itself and ‘Wentworth’ is one such example. After spanning seven seasons, it was renewed for an eighth season. Here’s all we know about when ‘Wentworth’ season 8 will release and who will be in it.

Wentworth Season 8 Release Date: When Will it Premiere?

The show was soon commissioned for an eighth and a final ninth season to air in 2020 and 2021 respectively. Filming for the penultimate installment began in Melbourne in October 2019. ‘Wentworth’ Season 8 is geared up for release on July 28, 2020, in Australia. It will end with its 10th episode on September 29, 2020. Netflix picks up the entire season immediately the next day after the finale. Therefore, our best guess is that ‘Wentworth’ season 8 will premiere on September 30, 2020, on Netflix. The final, ninth season will also comprise 10 episodes, bringing the total run of the series to a whopping 100 episodes.

Wentworth Season 8 Cast: Who Can be in it?

We might also get to see Nicole da Silva as Francesca Doyle (Franky) in a guest appearance. Celia Ireland as Elizabeth Birdsworth aka Liz won’t make a return for the next season and neither will Tammy Macintosh as Karen Proctor aka Kaz.

Season 8 will also see the return of Pamela Rabe as The Freak or Joan Fergusson, the psychotic governor who was buried alive by Will in season 5. Additionally, there are three new additions. Kate Box will play Lou Kelly, a former top dog in the prison. Zoe Terakes will star as a trans character Reb Keane and Jane Hall will enact the role of the strict General Manager Ann Reynolds.

Wentworth Season 8 Plot: What Can it be About?

SPOILERS ALERT! Fans who have religiously followed the series know that season 7 ends with an explosive finale. We know that in one of the earlier episodes, Kaz dies after being stabbed by an unknown assailant, eventually revealed to be Brody in episode 10. And in the last episode, Allie, who finally masters her courage, shoots Brody dead — avenging both Kaz and Ruby. Will learns about Marie’s true intentions and Jake while willing to give up his life for Vera, meets his baby girl with tears in his eyes.

So how can the story take off from here? Will Jake’s actions finally enable him to make amends with Vera? How will Will react to the fact that he had unknowingly played a vital role in furthering Marie’s goals? We already know how his past has constantly haunted him. And what does the future hold for Allie; will she become a lifer?

Finally, how will The Freak’s return affect Vera, Jake, and Will? We do know that Joan might be one of the most powerful villains to have ever graced tv screens. And her comeback, after secretly plotting revenge all this while, will surely enhance the storyline further — something, which we must admit had become a bit paler after her apparent death in the fifth season.

You can check out the teaser for season 8 below:

Read More: Best Shows Like Orange is the New Black