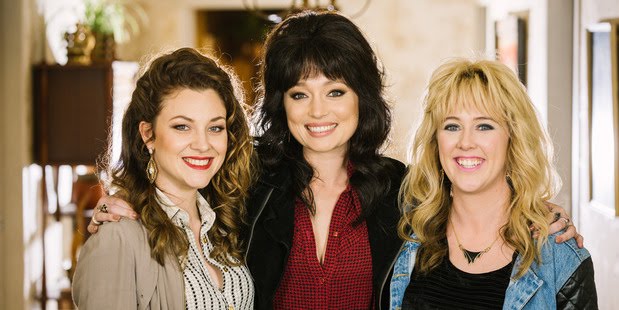 Those of us who grew up in the ’90s and early 2000s saw the advent of ‘reality TV’ proper in the modern sense of the term – and the most prominent cusp of its rise was through talent shows. Were there not talent shows with the same formulaic production quirks before the ’90s? There certainly were – after all, it is only a slight stretch from any standard reality game shows. But what the age of American Idol and Big Brother attained was perfecting a dramatized narrative imposed on these so-called unscripted game shows. Naturally, thus far our idea of a ‘musical reality’ show consists of simply a competition between musicians under the scrutiny of a bench of busybodies and judges, but more importantly, under a silver screen spotlight that will more often than not become a gateway to fame and celeb status.

Of course, like all mediums, the dimensions of reality TV evolved over the first two decades of the century. What was once an affair of pomp and grandeur on an unflinchingly exhibitionist stage, had since shrunk away into penthouses and villas for ‘The Real Housewives’ – whether or not any substance other than the propped-up spice of drama was put into it, the nature of the production changed. Netflix’s ‘Westside’, for example, is one of the handfuls of very recent pitches that set out to re-calibrate the concept of a Musical reality show. Rather than a competition, it attempts to actually depict the trials and tribulations of aspiring musicians – much closer in spirit to documentaries.

Here’s a quick description of the show: Westside is a musical reality TV show (or so it defines itself as) that premiered on November 9, 2018, on Netflix. The first season of the show contains eight episodes of 46 to 58 minutes each. Starring Sean Patrick Murray and Pia Toscano, the series centres around the journey and the life struggles of nine musicians. The show portrays how these musicians are struggling to become successful in the world of music. We see them try their best to revamp their music with the help of agents and producers. They hope to prove their worth by creating original music videos for a nightclub in Los Angeles.

Westside is written by Keith Harrison and directed by James Carroll. It is executive produced by Kevin Bartel, Sun de Graaf, Melinda Kelly, Michael Flutie as well as James Diener. The credit for this series also goes to the cinematography team of James Carroll as well as Lewis Wilcox. Westside is produced by Love Productions, Madwood Studios and distributed by Netflix.

Westside Cast: Who is in it?

Netflix’s first foray into a ‘musical reality’ TV occupies a weird middle ground between shows like Glee (Also on Netflix) and something like The Hills, much of which centred around the theme of ambition and a career in fashion a stand-in motif for it. Needless to say, Westside shares many elements with the show – not the least of which is the fact that it is completely character-driven.

Fortunately for Love Productions, they have a colourful cast of young musicians whose interpersonal chemistry the show can bounce off of. To quickly outline the lead figures – Sean Patrick Murray, a NYU graduate of ‘Under The Arch’ pedigree is the de facto ring leader who assembles the performers, but Pia Toscano is possibly the most famous out of the bunch, as she was one of the most memorable contestants in American Idol’s tenth season. The rest of the cast includes the Oklahoma rockstars James Byous, his friend Austin Kolbe – a 22-year old showman, Baz-starrer Caitlyn Ary, Loe Gallo from NBC’s The Voice (who was once a part of the 90’s boy band Youth Asylum), L.A. based pop singer Taz Zavala, Alexandra Kay, a country singer from Illinois, and Arika Gluck, the child-star-turned-singer.

Westside Plot: What is it about?

This series offers insights into the musical journey of nine young Los Angeles-based musicians who have only one goal in their life and that is to become a successful musician. Each episode shows their struggle to come to the top. The series also shows music videos as well as footage of their original songs. They try to manage multiple jobs, long distance relationships as they struggle to maintain their dwindling bank accounts. They come from different backgrounds, but their goals remain the same. Among all these singers, Pia Toscano is one of the famous singers who had appeared in numerous reality shows including American Idol.

Westside Season 2 Release Date: When will it premiere?

Westside season 1 premiered on Netflix on November 9, 2018. As far as next season is concerned, Netflix has not released any information regarding it. The show has received a positive response from the fans, so the chances of renewal are quite high. If it does get renewed, Westside Season 2 is expected to release sometime in November 2019.

There have been no news or updates about Netflix renewing the show to do another season, so while you wait for official announcements, you can watch the debut season online on Netflix. If you have been looking to dig into the show for the first time, a great head start would be the official trailer for the original first season, which you can find below.