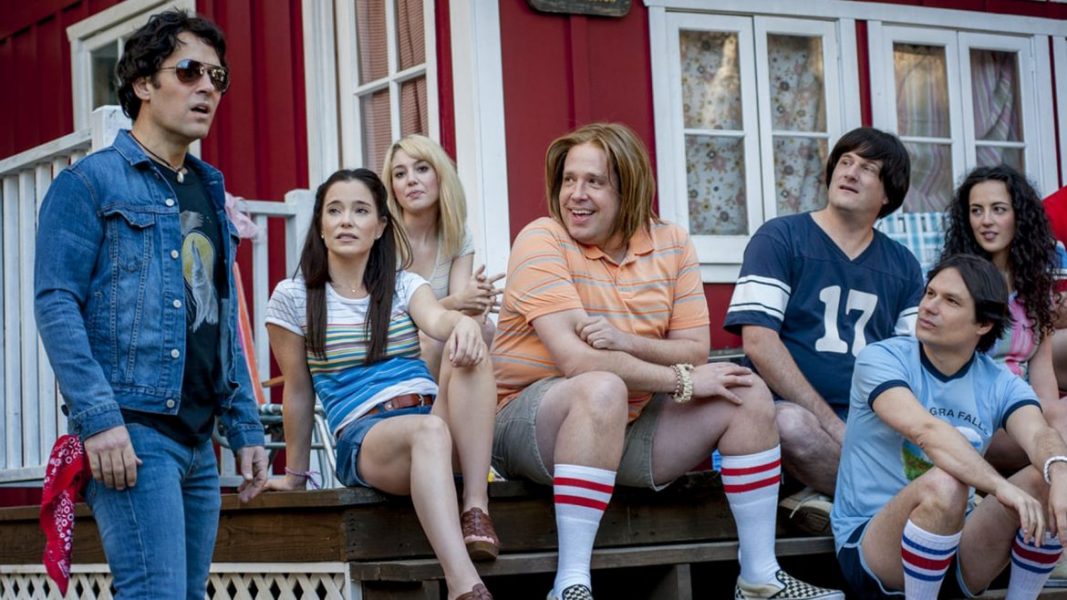 ‘Wet Hot American Summer: Ten Years Later’ is an American satirical comedy web series that airs on Netflix. The show first premiered on August 4, 2017. It has been created by David Wain and Michael Showalter, and Wain is the director of the series.

The ‘Wet Hot American’ series has been a popular and controversial one since its inception. The 2001 film version made sensational achievements in the area of satirical comedies and paved the way for a television adaptation. In fact, we did see its version on the small screen with the 2015 series ‘Wet Hot American Summer: First Day of Camp’. Despite the then young cast’s high-profile status and popularity, they all returned when their early success called for the series and made the franchise a profitable venture.

‘Wet Hot American Summer: Ten Years Later’ was also hugely successful upon its release. The show serves as a sequel to both the 2001 film, and the 2015 prequel series. It is set in 1991 in New York City and the camp. Notably, Showalter claims to have drawn inspiration from ‘Singles’, ‘The Big Chill’, and ‘St. Elmo’s Fire’. The series naturally has an immense fan base since it is part of a fun franchise, which is well established. Critics too have lauded the series calling it a pleasurable watch simply because it is not afraid to own up its own ridiculousness.

Wet Hot American Summer: Ten Years Later Cast: Who is in it?

‘Wet Hot American Summer: Ten Years Later’ saw the majority of the cast return in their respective roles from their previous appearance in the franchise, while some of the roles were redefined and new cast members replaced the old ones. Adam Scott replaced Bradley Cooper in one of the high-profile changes.

Old cast members from the movie and the previous seasons like Elizabeth Banks, Amy Poehler, and Paul Rudd returned among others. Sarah Burns and Anne-Marie Johnson were very well received in their new roles. Christopher Meloni, Lake Bell, Kristen Wiig, and Chris Pine are also among the notable names that have returned to the show.

The new cast members, apart from Scott, Burns, and Johnson, include Alyssa Milano of ‘Charmed‘ fame, and Jai Courtney of ‘Jack Reacher‘ fame. This is in no way the complete cast, as there are several other characters in this expansive roster, and they all contribute in their own ways to make the show a resounding success.

Hopefully, in the upcoming season, we will see the main cast members return, and we could also see some new characters thrown into the mix that would make the series all the more interesting.

Wet Hot American Summer: Ten Years Later Plot: What is it about?

The story of ‘Wet Hot American Summer’ starts with Camp Firewood in the glamorous era of the ’80s. Sex-ravenous counselors and adolescents mature beyond their age entertain as they spend their last day in camp. The first season of ‘Wet Hot American Summer: First Day of Camp’ ran along similar lines and reloaded the spans of time to the first day of camp. For fans of the series, that season is definitely recommended.

As far as ‘Wet Hot American Summer: Ten Years Later’ season one is concerned, the cast comes back together for another adventure filled ride, this time opting to assume the roles ten years ahead in time. Although the new series seems to be a bit stretched and thin at times, there is enough lunacy and laughs to make this an ideal Netflix binge. Perhaps the thinness of the plot has to do with the fatigue of milking the franchise all too much.

The Hollywood Reporter captures the essence of the show, saying, “Ten Years Later is about the triumphs and regrets that come with the passage of time and the unbreakable bonds you have with the people you were close to in your youth. Some have found love, some have found professional success and the only important thing is that Victor hasn’t gotten laid and still doesn’t quite understand how sex works.” It is important to mention the new characters here, who seem to hold the pieces of a frayed narrative together, with oodles of creativity and imagination. Milano stands out especially in her role as the nanny. The show that milked the nostalgia of the 80s, and the summer camp tropes, has made a wise decision in jumping forward in time. This not only gives the characters an arc which can be recounted over the episodes but also allows the scriptwriters to introduce some fresh material.

Hopefully, in the upcoming season, we will see the show continue in a similar manner, and here is hoping that the laughter never dies out among these cast members. There is a strong chance that the new season will move even further ahead in time and give us a glimpse of the characters in the 21st century. That would definitely be something to look forward to, to see how they have grown and how they are coping in a world where more than one thing is seriously wrong.

‘Wet Hot American Summer: Ten Years Later’ Season 1 premiered on August 4, 2017. There has been no announcement on the next season so far. Netflix, though, has promised to renew the series and the show makers are also open to having more parts to the show. Notably, Bradley Cooper might be returning if there is another season, so that is something to look forward to. Our best guess is that ‘Wet Hot American Summer: Ten Years Later’ Season 2 can release sometime in 2020. Do stay tuned for an official update on the release date.