What is Alana “Honey Boo Boo” Thompson’s Net Worth?

Born on August 28, 2005, Alana “Honey Boo Boo” Thompson is a reality TV star and the youngest daughter of Mama June. Alana’s parents, Mike Thompson and Mama June, separated in 2014 when she was really young. However, she continued to be on good terms with her father and even walked him down the aisle when he later married in 2017. Unfortunately, just two years after that, Mama June was arrested for cocaine possession. Luckily Alana’s older sister Lauryn came to her support and became her legal guardian. But despite the success she had in the television industry just a few years ago, Alana and her sister were struggling financially.

In 2020, Lauryn, her younger sister, and her husband were reportedly evicted from their home for failing to pay the rent. Despite her young age, Alana “Honey Boo Boo” Thompson has worked in several television shows that have helped her make a decent amount of money and earn a significant social media following. Her net worth has suffered a little due to family woes but let’s have a detailed overview of her career before we get to that.

How Did Alana “Honey Boo Boo” Thompson Make Her Money?

Alana “Honey Boo Boo” Thompson and her mother, Mama June, made their first appearance on TLC’s reality series ‘Toddlers & Tiaras.’ The show revolved around the families and contestants of child pageants. Alana’s extroverted personality and insanely witty remarks helped her win the hearts of the American audiences. In the same year, Alana and her family rose to prominence with the TLC show ’Here Comes Honey Boo Boo,’ which follows Alana’s day-to-day life. The series was quite successful, and the family was reportedly making $50,000 per episode. They earned $2.75 million before the show was suddenly canceled after it was discovered that Mama June was in a relationship with a sex offender. 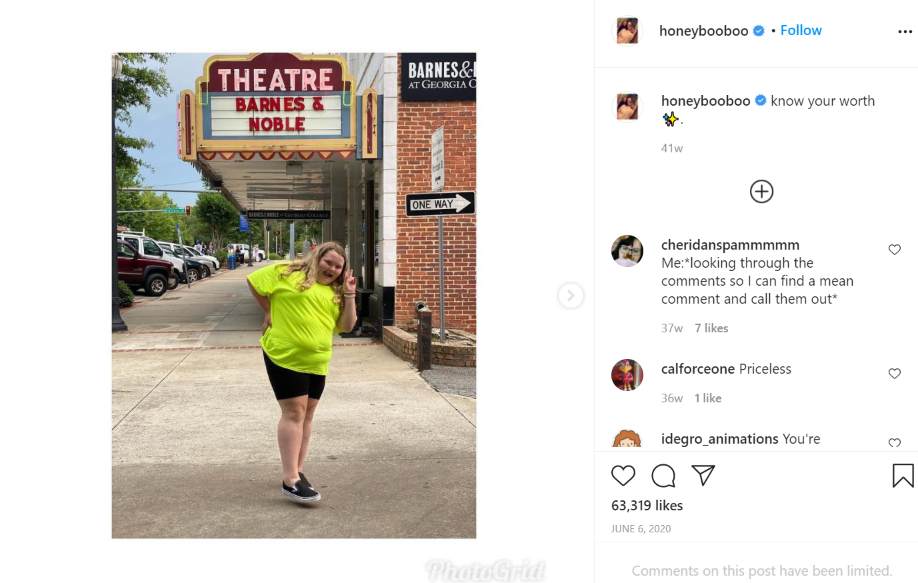 After the show was canceled, some of the episodes that were recorded for season five were aired as a special ‘Here Comes Honey Boo Boo: The Lost Episodes.’ Alana also appeared on the TLC series ‘Mama June: From Not to Hot,’ which focuses on her mother’s impressive transformation. The series is in its fifth season and continues to attract millions of viewers in the US alone.

In 2018, Alana also participated in the show ‘Dancing with the Stars: Juniors,’ in which celebrities were paired with professional dancers. She was reportedly paid $50,000 for the show, from which she got eliminated in the fourth week. Alana went on to make an appearance on several popular talk shows like ‘The Tonight Show Starring Jimmy Fallon,’ ‘Jimmy Kimmel Live!,’ ‘Good Morning America,’ ‘Steve Harvey,’ ‘Live with Kelly and Ryan’ and many others.

Alana’s active appearances on television helped her earn a significant social media following, which has led to some brand collaborations. She also sells merchandise such as tee-shirts online. Her net worth has fluctuated in the past due to financial woes, but after her mother’s public admission of her struggle with drug addiction and life after getting over substance abuse, her life appears to be getting back on track slowly. So, without further ado, let’s have a look at her net worth.

Alana “Honey Boo Boo” Thompson’s net worth is estimated to be around $500,000. She is likely to make an appearance in the future seasons of ‘Mama June: From Not To Hot.’ Considering other possible offers in the television industry, we can assume that her net worth is expected to increase in the coming years.