What is Hillbilly Elegy’s J.D. Vance’s Net Worth? 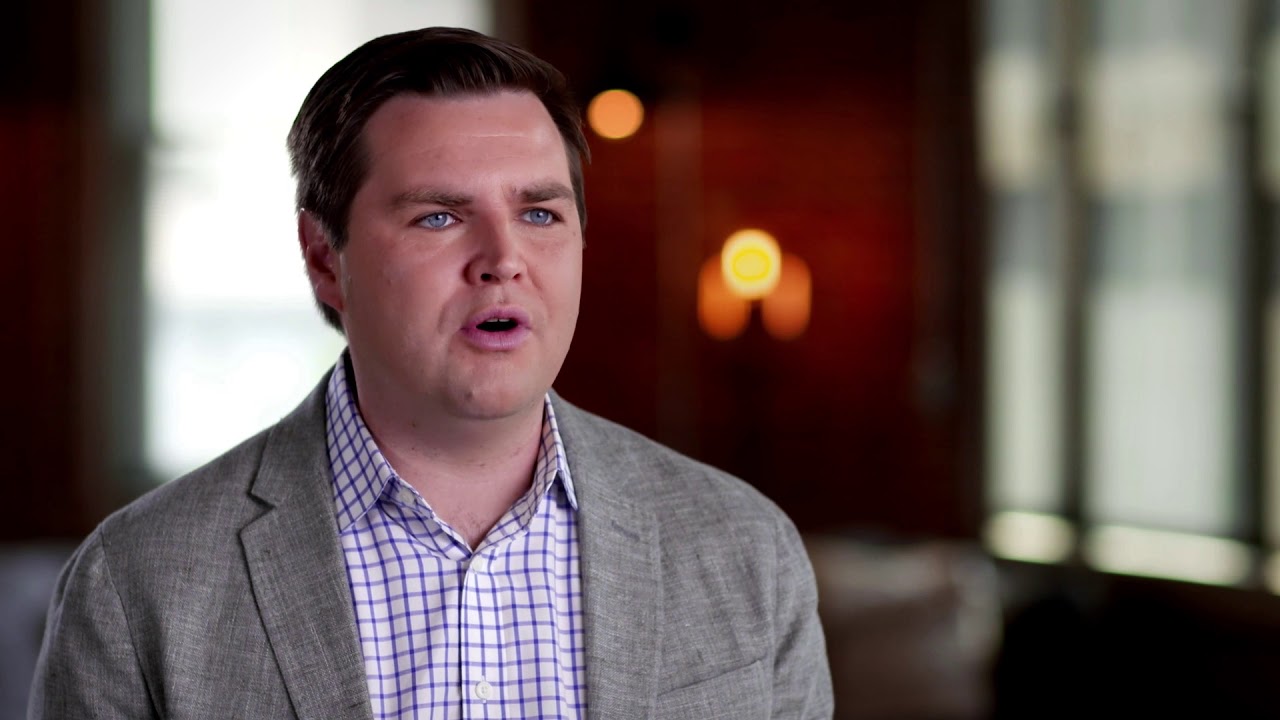 James David Vance (born James Donald Bowman) is a venture capitalist and a bestselling author, most famous for his memoir “Hillbilly Elegy: A Memoir of a Family and Culture in Crisis”. Hailing from Middletown, Ohio, J.D. Vance was born on August 2, 1984, to parents Donald Bowman and Bev Vance (who got divorced when Vance was just a toddler). He has one older sister. Vance was officially adopted by his mother’s third husband but the parents were not around enough and his mother’s heroin addiction and substance abuse issues made for an unstable household. So through most of their childhood, Vance and his sister Lindsay were raised mainly by their grandparents.

Vance graduated from Middletown High School and then joined the United States Marine Corps. He served in Iraq as a public affairs officer. Vance went to college at the Ohio State University in Columbus, Ohio, getting a degree in political science and philosophy. He also has a Juris Doctor degree from Yale Law School. It was while Vance was in the first year of law school that one of his professors gave him the idea of writing his memoir. He is married to and shares two kids with his Yale classmate Usha Chilukuri. Curious to know how J.D. Vance amassed his fortune and what his current net worth is? Here is all that you need to know!

How Did J.D. Vance Make His Money?

After finishing law school, Vance got a job in the venture capital firm Mithril Capital Management (owned by Peter Thiel, co-founder of PayPal). His memoir, “Hillbilly Elegy: A Memoir of a Family and Culture in Crisis”, was published in June 2016 and remained on the New York Times Bestseller list for two years. The book was also a finalist for the Dayton Literary Peace Prize in 2017 and garnered a lot of media attention during the 2016 election. It got nationwide fame as a window into the life of the average white working class. In the book, Vance draws from personal experience and talks about how the Appalachian hillbilly culture and its supposed encouragement of social rot are a major cause of socio-economic problems in his hometown.

The 2020 Netflix film, ‘HillBilly Elegy‘, is based on Vance’s book and follows the story of a Yale student as he travels home to be with his financially struggling family in rural Ohio in the face of a family emergency. The movie stars Glenn Close, Amy Adams, and Gabriel Basso in the main roles. Since January 2017, Vance has been a CNN Contributor. In early 2020, Vance raised a whopping $93 million for the Cincinnati-based company Narya Capital.

As of 2020, J.D. Vance’s net worth is estimated to be close to $5 million. His exact salary per year and any assets or properties he might own remain unknown and undisclosed to the public.

Read More: Movies Like Hillbilly Elegy That You Must Watch