What is Jasmine Roth’s Net Worth? 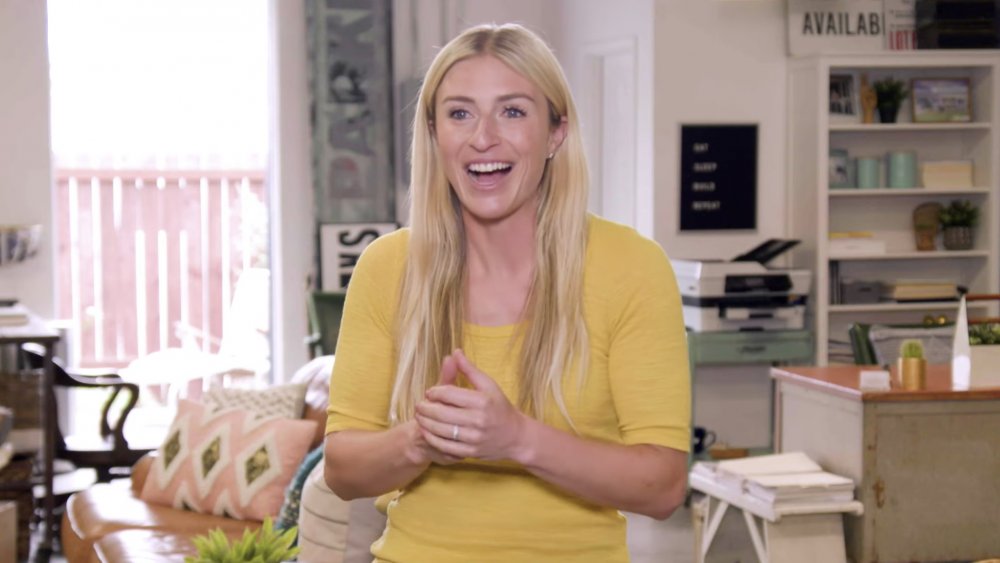 Jasmine Roth is a reality TV star, designer, and builder, who has made a name for herself through the reality TV series, ‘Hidden Potential’. Born on September 17, 1984, Jasmine was raised with her siblings in Virginia and New Jersey. Her father started training her to build playhouses, furniture, and sheds from a very young age. So, despite being quite young, Jasmine was already learning the art of design and building. She later studied Business with Entrepreneurship from Northeastern University after graduating from high school.

In her college days, Jasmine started dating Brett Roth, whom she had met through one of their mutual friends. They were roommates before they started seeing each other romantically. The couple dated for a few years, before they were eventually married in 2013. While Jasmine’s initial career was not as glamorous and interesting as it is now, she has made a fortune for herself in all these years. Before we get to her net worth, let’s have a detailed overview of her career so far.

How Did Jasmine Roth Make Her Money?

Before she became a television star, Jasmine was working at Curves Fitness in rural Virginia as a fitness instructor. She later worked as a real estate agent and accountant executive as well. After graduating from college, Jasmine eagerly waited for the right career opportunity and it wasn’t until 2012 that she established Built Custom Homes, LLC, a boutique development company. She was constantly working on her skills as a designer and it was due to some of her social media posts that she was eventually spotted by a production company. 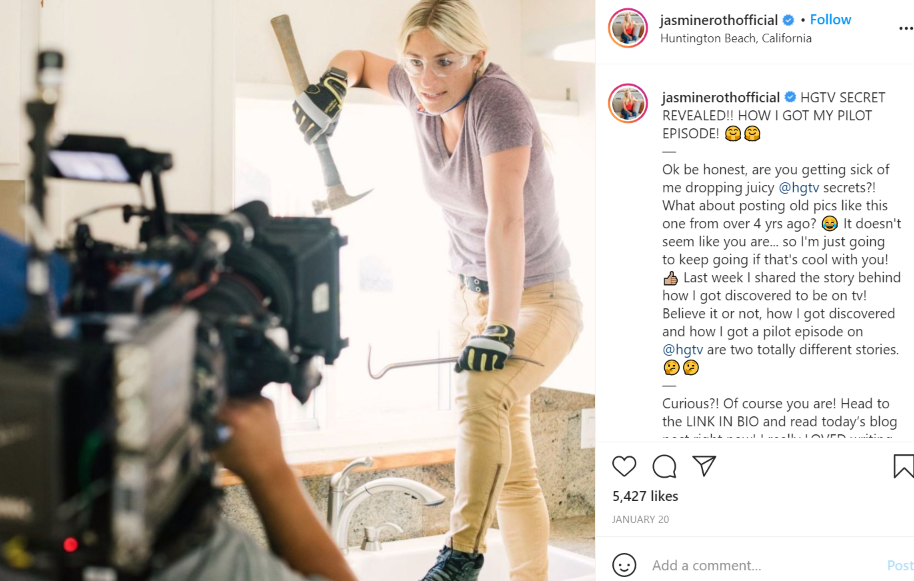 One thing led to another and Jasmine soon became the host of the reality TV show ‘Hidden Potential’. The series follows Jasmine as she redesigns and renovates old homes. She also hosts HGTV’s ‘Help! I Wrecked My House.’ As a budget-conscious designer, she understands her clients’ demands and customizes each home in accordance with the preferences of the family that will live there. Despite being in a male-dominated industry, Jasmine has made a name for herself through her hard work and commitment.

Even though Jasmine’s early career might not have been lucrative but it was all those experiences that later helped her establish and run her own business successfully. Moreover, her rise to prominence as a reality television star has only added to her overall wealth and has made her a household name. Now without further ado, let us have a look at her net worth and its future projections.

Jasmine Roth’s net worth is estimated to be somewhere around $2 million. In December 2020, her custom-built house in Huntington Beach was valued at $2,199,000. Considering her lucrative career in the entertainment industry and uber-successful boutique development business, we can make the prediction that her overall wealth is probably going to increase exponentially in the upcoming years.