What is Kim Zolciak-Biermann’s Net Worth? 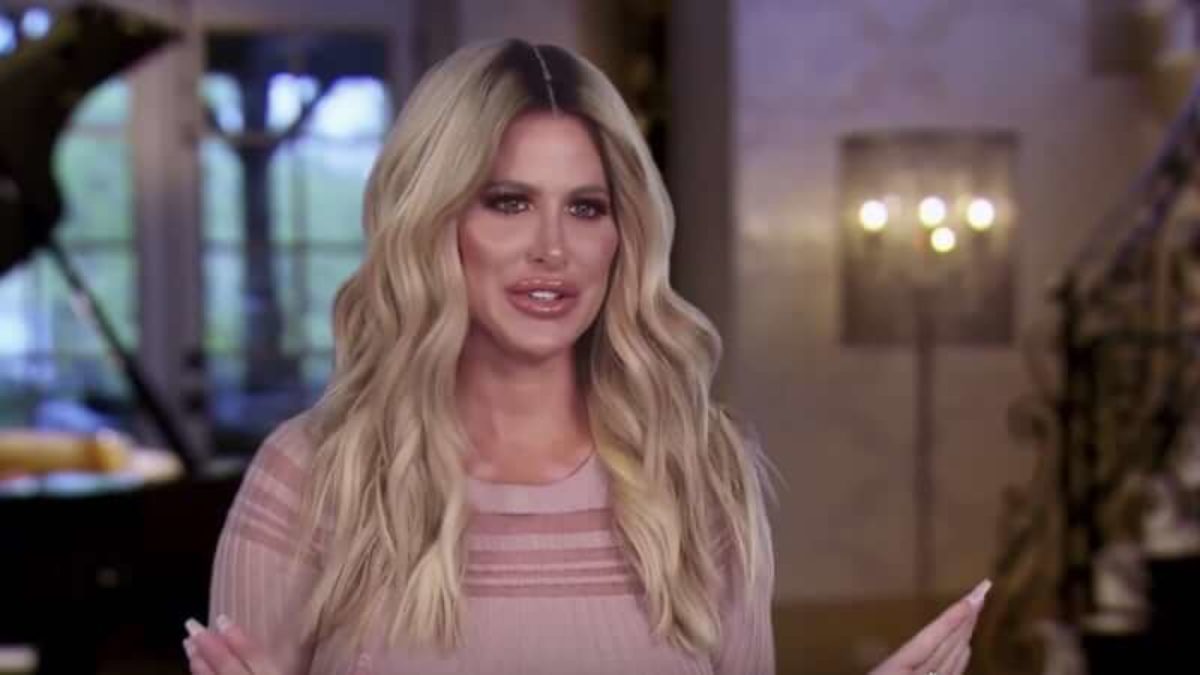 Kim Zolciak-Biermann is a singer and reality TV personality who rose to prominence in 2008 as a cast member of ‘The Real Housewives of Atlanta.’ Since then, she has met the man of her dreams, bagged her own reality show, gotten married, had four more kids (in addition to the two she already had pre-fame), and launched a skincare and beauty brand. As a young girl, Kim had promised herself that she would be on TV one day and have her own show by age 30. She really did it all! Apart from being a successful businesswoman and reality star, Kim is also a dedicated wife and mother.

Born in Florida in May 1978, Kim moved to Windsor Locks, Connecticut, with her parents Joseph and Karen, and brother Michael, when she was a young kid. She was raised a Roman Catholic and went to the East Catholic High School in Manchester, Connecticut. Kim studied nursing at the University of Connecticut and moved to Atlanta, Georgia, immediately after college, at the age of 21. Kim is openly bisexual and has had previous relationships with real estate tycoon Lee Najjar and Grammy-winning DJ Tracy Young. Kim was also briefly married to Daniel Toce, but the marriage only lasted from 2001 to 2003.

Kim met NFL player Kroy Biermann in May 2010 at a charity event, and season 3 of ‘The Real Housewives of Atlanta’ features the couple’s first meeting. After a whirlwind romance, the couple had their first kid and got married in 2011, moving into a house in Roswell, Georgia. Their second child arrived in August 2012, and a pair of twins soon after in November 2013. From her previous relationships, Kim has two daughters who were later officially adopted by Kroy in 2013. Their’s seems to be a picture-perfect, happy family documenting their daily lives on Kim’s reality show, ‘Don’t Be Tardy.’ Curious to know how Kim made her fortune and what her net worth is? Here is all the information.

How Did Kim Zolciak-Biermann Make Her Money?

Kim’s major source of income has to be reality TV shows. From 2008 to 2012, Kim was a regular cast member of ‘Real Housewives of Atlanta.’ Since 2012, Kim and her family have been appearing on a show about their lives – ‘Don’t Be Tardy.’ The Bravo show was originally titled ‘Don’t Be Tardy For The Wedding’ and documented Kim’s preparations for her wedding to former Atlanta Falcons player Kroy Biermann. The show is currently in its eighth season.

Kim has also made money through her singles, which were chart-toppers, if not many in number. Her most famous song is ‘Tardy For The Party’ (that’s also where her show’s title comes from), which she released in 2009. Other well-known songs of Kim’s are ‘Google Me,’ ‘Ring Didn’t Mean A Thing,’ and ‘Wig.’

In May 2016, Kim launched her beauty brand called Kashmere, which carries premium skincare products. She also has a line of cosmetics, marketed as KAB Cosmetics. Kim recently started selling swimwear under the brand name Salty K. Apart from her businesses, Kim also has a podcast called House of Kim.

Kim’s net worth as of 2020 stands at an estimated $3 million. With the successful launch of her swimwear range and new skin, hair, and spa products coming up every season, Kim’s brands are sure to continue doing well. Her reality show ‘Don’t Be Tardy’ is going strong as well, with the latest season chronicling the Biermann family’s cross-country trip in an RV.