What is Mike Sorrentino’s Net Worth? 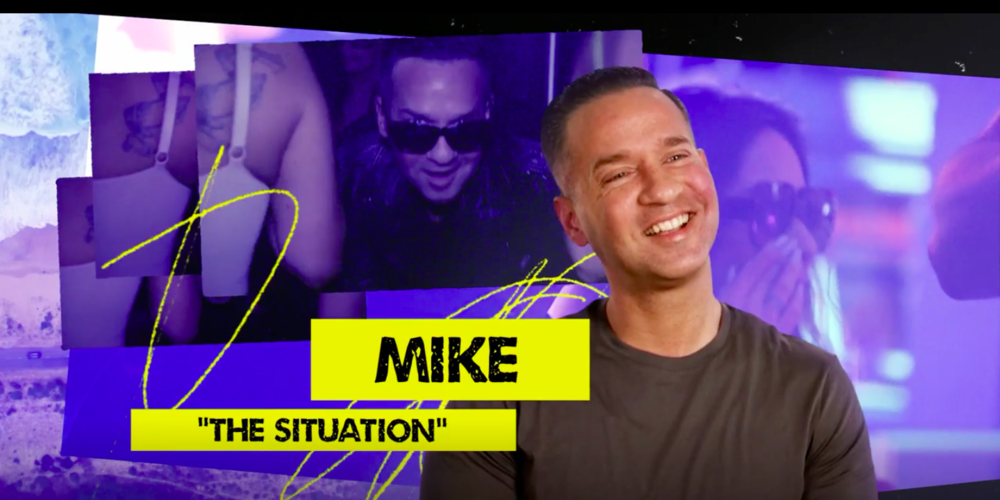 Mike “The Situation” Sorrentino is a reality TV personality who first rose to stardom when he appeared on MTV’s wildly popular reality series ‘Jersey Shore’. Mike was one of the main cast members during the original run of the show from 2009 to 2012. Born in July 1982 in the New York City borough of Staten Island, Mike was mostly raised in Manalapan Township, New Jersey. He graduated from Manalapan High School in 1999 and then went on to obtain an associate degree from Brookdale Community College. Mike also went to college at Kean University and Monmouth University. Mike has two brothers and one sister, named Marc, Maximo, and Melissa. In 2018, he got married to his college sweetheart Lauren Pesce.

Mike got his nickname “The Situation” (also called Sitch) after his abs apparently caused a fight between a random couple at a New Jersey beach. The girl had complimented Mike’s abs and her boyfriend hadn’t liked it so they had started arguing, prompting Mike’s friend to comment that his abs were causing a “situation”. Mike Sorrentino is known for his controversial personality and legal troubles, having been involved in multiple bar brawls, physical altercations, and most prominently, tax fraud (which landed him in jail for 8 months in 2019). Mike has also publicly admitted to his struggles with opioid addiction and he went to rehab at the Cirque Lodge treatment center in Utah for a month’s stint in 2012. Curious to know about Mike Sorrentino’s financial situation and his current net worth? Here is all we know.

How Did Mike Sorrentino Make His Money?

Before his rise to fame on ‘Jersey Shore’ in 2009, Mike worked as an Assistant Manager at a Staten Island fitness center. He worked this job in his early 20s before getting fired when he was 25. Mike then started working as an underwear model, which he did till he was cast in ‘Jersey Shore’. For the first season of ‘Jersey Shore’, the cast was paid nothing (they only picked up meager earnings at the Shore Store at an hourly rate). But by Season 2, Mike and his fellow housemates were getting $10,000 per episode. By the time the show ended in 2012, Mike (as one of the top cast members) was getting $150,000 per episode as salary. In 2010, Mike made more than a whopping $5 million through endorsements with Devotion Vodka, Reebok Zigtech shoes, and a rap song. In the same year, he also released a workout DVD, launched a vitamin line for GNC, and a clothing line. In 2011, the brand Abercrombie & Fitch famously offered Mike $10,000 to “not” wear their clothing as they believed it would be detrimental to their brand image.

Over the years, Mike has appeared on several talk shows including ‘The Howard Stern Show’, ‘The Tonight Show with Conan O’Brien’, ‘Chelsea Lately’, ‘The Ellen DeGeneres Show’, ‘The Jay Leno Show’, and ‘SportsNation’. On the reality TV front, Mike was also one of the participants on ‘Dancing With The Stars Season 11’, ‘Celebrity Big Brother 10’, ‘Marriage Boot Camp: Reality Stars 5’, and ‘Worst Cooks in America Season 9’. In 2018, Mike joined most of the ‘Jersey Shore’ cast to appear in the sequel series ‘Jersey Shore: Family Vacation’ (set in Miami and currently in its fourth season). Mike’s wedding and legal troubles were documented on the third season of ‘Jersey Shore: Family Vacation’.

Mike “The Situation” Sorrentino’s net worth is estimated to be $300,000 as of 2020. Just a couple of years ago in 2018, before he got embroiled in tax evasion, his net worth stood at $10 million. He seems to have lost most of his considerable fortune due to the tax fraud incident and a series of bad investments. But if he has learned his lesson after his time in jail, Mike should be able to earn back his wealth in no time.