What Is Philip Rosenthal’s Net Worth? 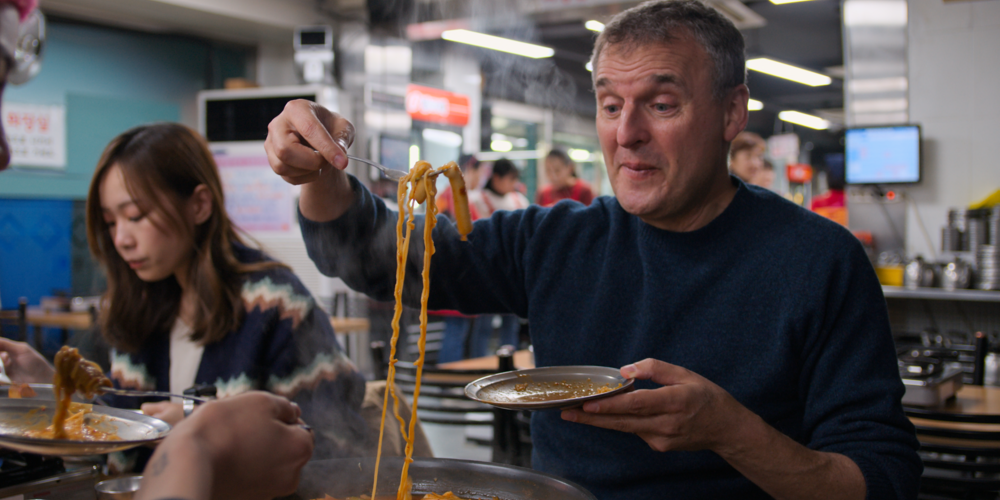 Philip Rosenthal is an American director, writer, musician, and TV producer who is most famous as the screenwriter for the popular sitcom ‘Everybody Loves Raymond’. Born in January 1960 in Queens, NY, Philip (better known as Phil) grew up in Clarkstown, New York. He hails from a Jewish family and went to school at Clarkstown North High School. For his undergraduate college, Phil went to Hofstra University and graduated in the year 1981. As a high schooler, Phil had taken a keen interest in drama and theatre and continued his passion after college. If you’re curious to know how Phil Rosenthal made his fortune and what his current net worth is, you have come to the right place. Here is all that we know.

How Did Philip Rosenthal Make His Money?

Right out of college, Philip lived in New York City and worked as an actor. He realized he was more interested in doing production work than being in front of the camera. He became writer and producer for shows such as ‘Coach’ and ‘Baby Talk’. Phil’s greatest success and the biggest earner for him is the beloved sitcom ‘Everybody Loves Raymond’. The show was co-produced by the star of the show, Ray Romano, and some of the script was based on Ray’s own comedy material.

Once in a while during his career, Phil has taken on some acting jobs as well, such as James L. Brooks’ ‘Spanglish’, ‘The Simpsons Movie’, ‘Curb Your Enthusiasm’, ’30 Rock’, ‘The TV Set’. In 2006, Phil penned the book “You’re Lucky You’re Funny: How Life Becomes a Sitcom” writing about his experience of writing the script for ‘Everybody Loves Raymond’.

Philip once even directed the then-President Bill Clinton in a White House Correspondents’ Dinner video, to much critical acclaim. He also was a co-writer for the 9/11 memorial and benefit concert ‘America: A Tribute to Heroes’. Phil went on to win a Peabody Award for the concert and got an Emmy nomination for Outstanding Writing for the same. In 2015, he did a PBS food show called ‘I’ll Have What Phil’s Having’ (the title being a nod to ‘When Harry Met Sally’). On the short-lived show (6 episodes), Phil traveled around the world and explored local food scenes in different places. Most recently, in 2018, Netflix came out with another food show featuring Phil, titled ‘Somebody Feed Phil‘.

Read More: What is Millie Bobby Brown’s Net Worth?